Social distancing didn't stop this mother from making the day special for her son. 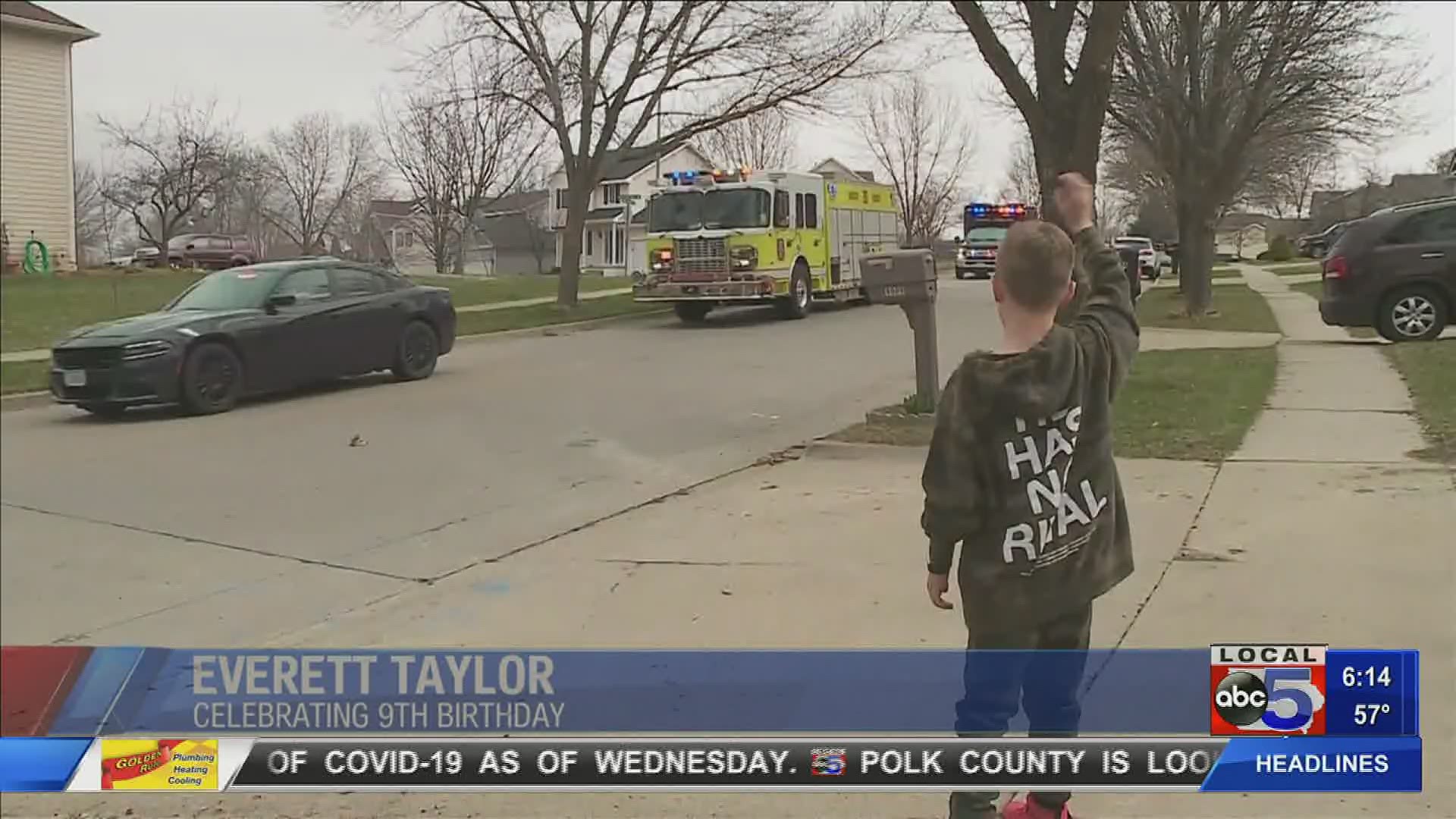 WEST DES MOINES, Iowa — Turning nine is a big deal to any child, but social distancing can make it hard to celebrate.

That didn't stop one mom from getting creative for her son with a little help from social media.

"I reached out on Facebook and asked people what ideas for stuff to do for a birthday party when we're in containment," mother Reagan Taylor said.

"My mom said we're going outside and then everybody started driving by and honking. It was a surprise, I didn't know it was gonna happen," birthday boy Everett said.

"We posted on Facebook and sent out invites for people to drive-by today for an hour," Reagan said. "It's been hard because you see everyone outside, it's hard for the kids to understand that we can't be close to other people. We've been playing a lot of games, eating meals together non-stop. Just trying to keep busy."

"I thought I was just gonna be stuck inside and not really see anybody," Everett said.

"This has been awesome. Especially the fire and police department was so cool," Reagan said.