The governor responded to Auditor Rob Sand's special investigation by citing an exception written into the Iowa code. 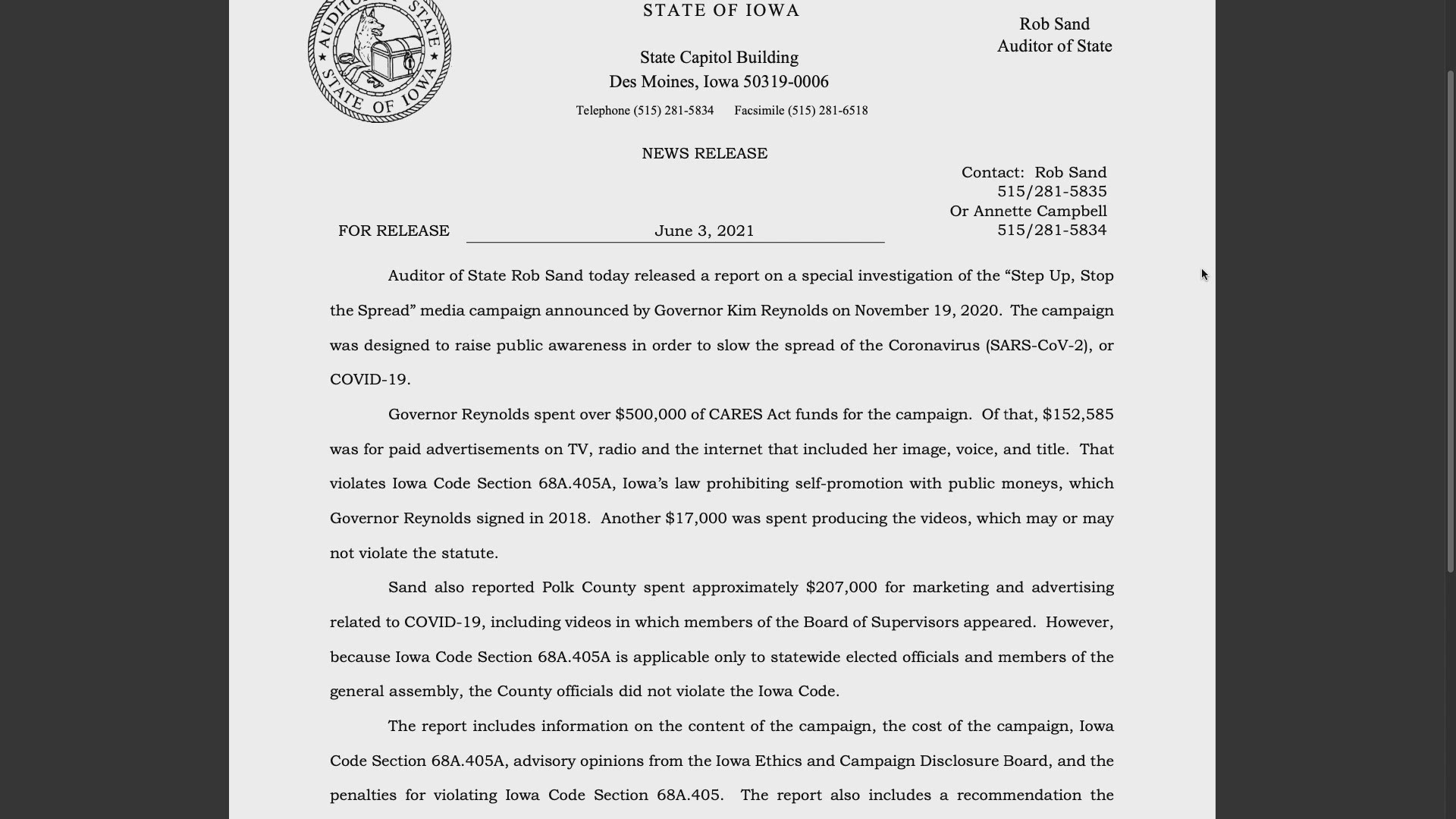 The audit, released Thursday, examined the $500,000 public awareness campaign used to encourage Iowans to reduce the spread of coronavirus at the height of the pandemic in November 2020.

Sand wrote more than $152,000 of CARES Act funds were used to pay for ads on TV, radio, and the internet using the governor's image, voice, and title.

"That violates Iowa Code Section 68A.405A, Iowa’s law prohibiting self-promotion with public moneys, which Governor Reynolds signed in 2018," Sand wrote in his report. "Another $17,000 was spent producing the videos, which may or may not violate the statute."

Reynolds responded in a press release, citing a section in the statute that says a statewide elected official may use public money for video ads containing the likeness of the governor during a public health emergency.

That statute reads, in part:

"I’m proud of the Step Up, Stop the Spread” public service announcement,” Reynolds said. “I felt it was important for me and other leaders to address Iowans during the height of the pandemic. And the law clearly allows it.”

The governor's office reported in a November 19, 2020 news release the campaign would cost about $440,000, the audit says. Sand found through invoices the campaign actually cost $511,789 of CARES Act funds.

The auditor's office noted a copy of the report will be filed with the Polk County Attorney and the Iowa Ethics and Campaign Disclosure Board.

"Auditor Sand didn't once ask to meet with our team regarding his concern or his investigation," Gov. Reynolds' Chief of Staff Sara Craig said in a statement. "If he had, we would have pointed him to this essential part of the law that he clearly missed."

Read the full auditor's report below

From November 2020: What you need to know about Gov. Reynolds' COVID-19 PSA campaign