Sam Schmillen won the grand and reserve prizes despite an injury, his mom having a heart attack and a pack of wild dogs killing a third of his flock this year. 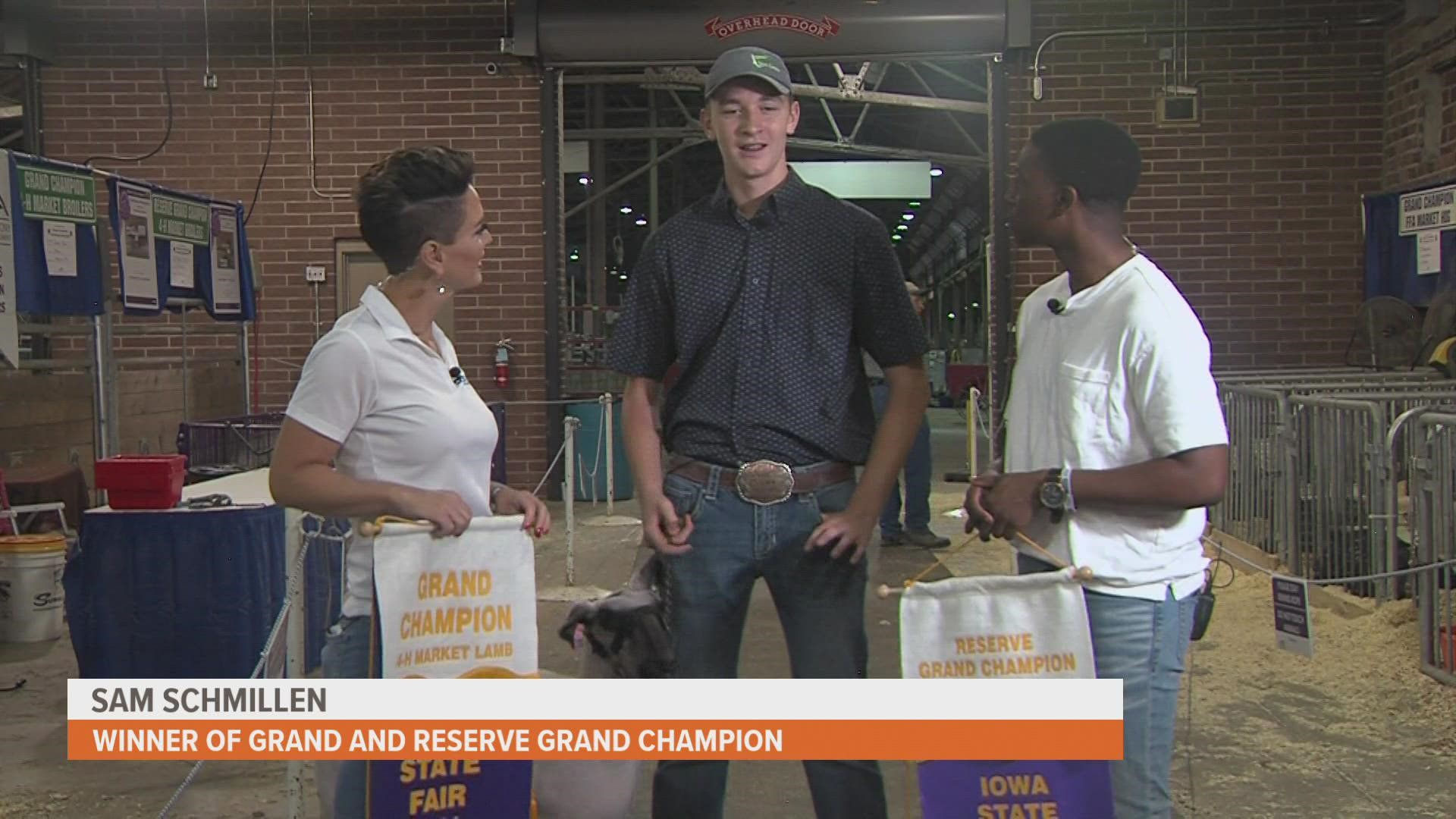 DES MOINES, Iowa — This year Sam Schmillen's mom had a heart attack, he overcame an injury and wild dogs killed a third of his flock—but he still made it to the state fair and accomplished something no other 4-H student has.

He won grand and reserve grand champion titles for two sheep in the same show.

"It was bittersweet," Sam said. "Just for everything that we went through and it was hard and they always say, bad things come in three so we were hoping on our third one we were done."

At one point his mom was in the emergency room and Sam was told to say goodbye, but she is doing better now.

His sheep will be sold in the sale of champions at the fair on Saturday.

Money raised from that sale will go toward a scholarship for the Iowa Foundation for Agricultural Advancement.

You can donate to Sam's education here.

In the interest of full transparency, Sam is a distant cousin of Local 5's Jackie Schmillen. 75% of funds raised will go to Sam's college fund, while the remaining 25% will be donated to the Iowa Foundation for Agricultural Advancement.

RELATED: Horses, cattle, chickens and more: FFA students care for variety of animals at the state fair's 'Avenue of Breeds' 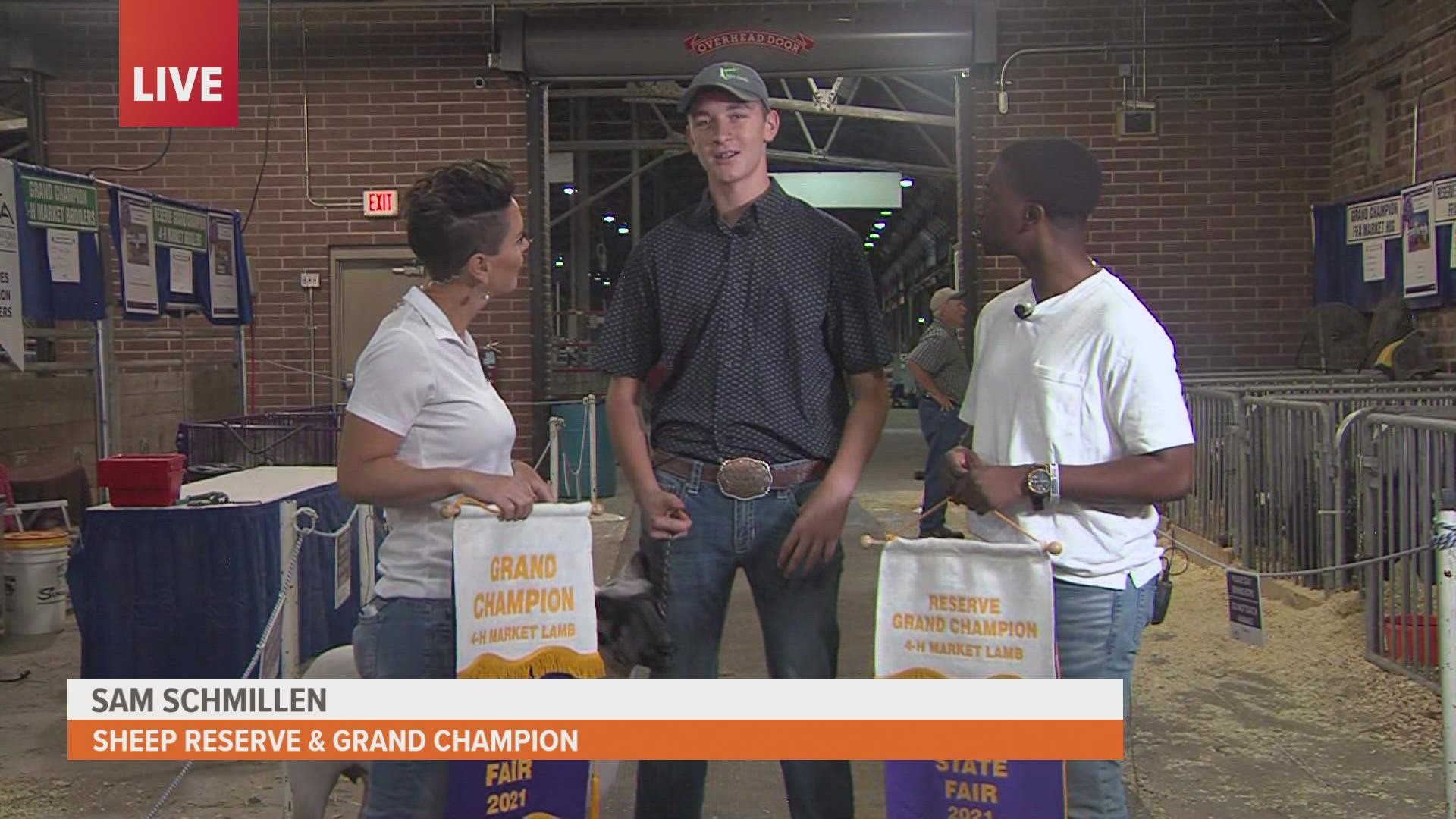 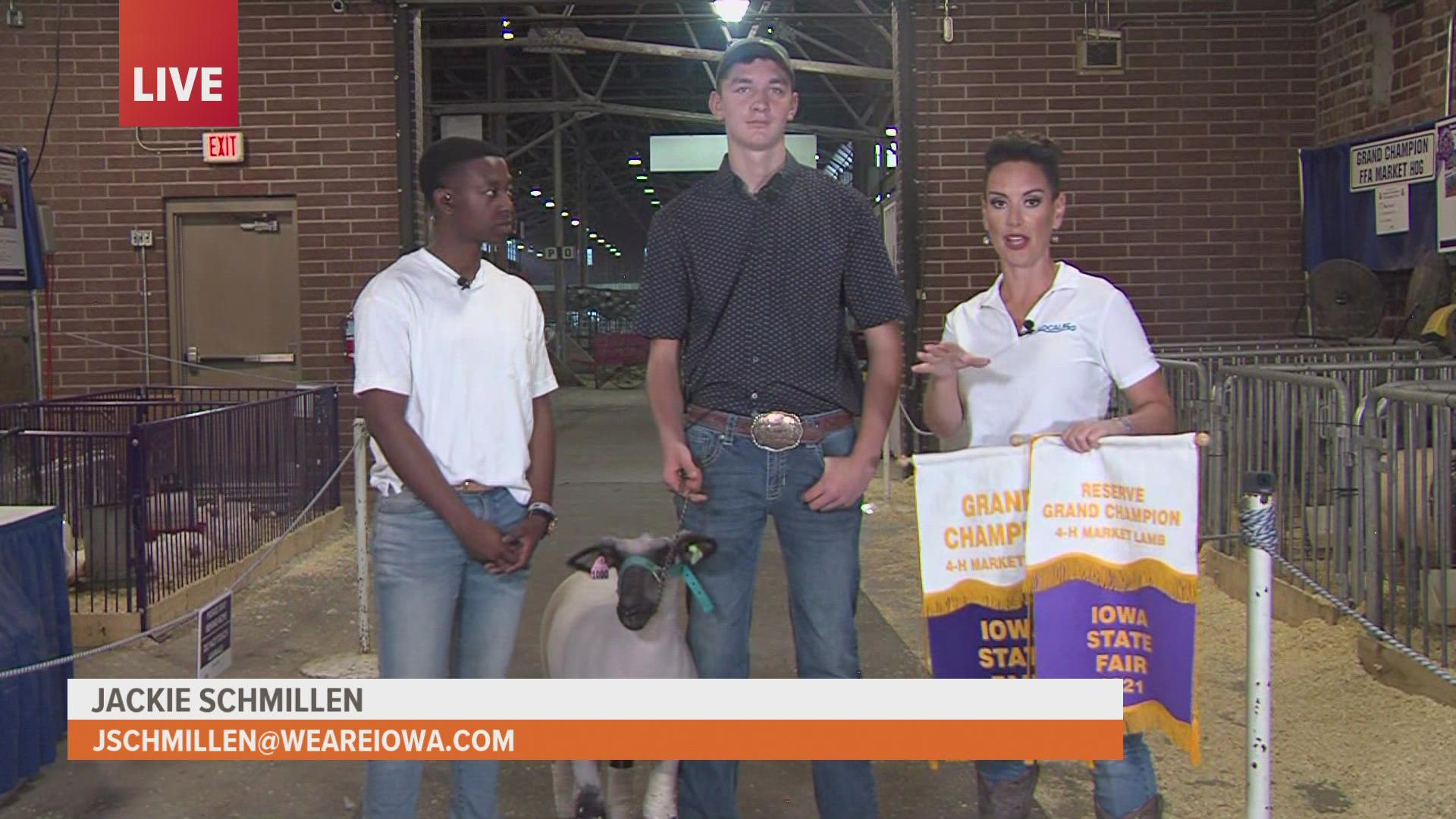