The Iowa State Fair has many shows to see, including miniature horses. The "Good Morning Iowa" team got a closeup of putting a costume on 21-year-old Woody. 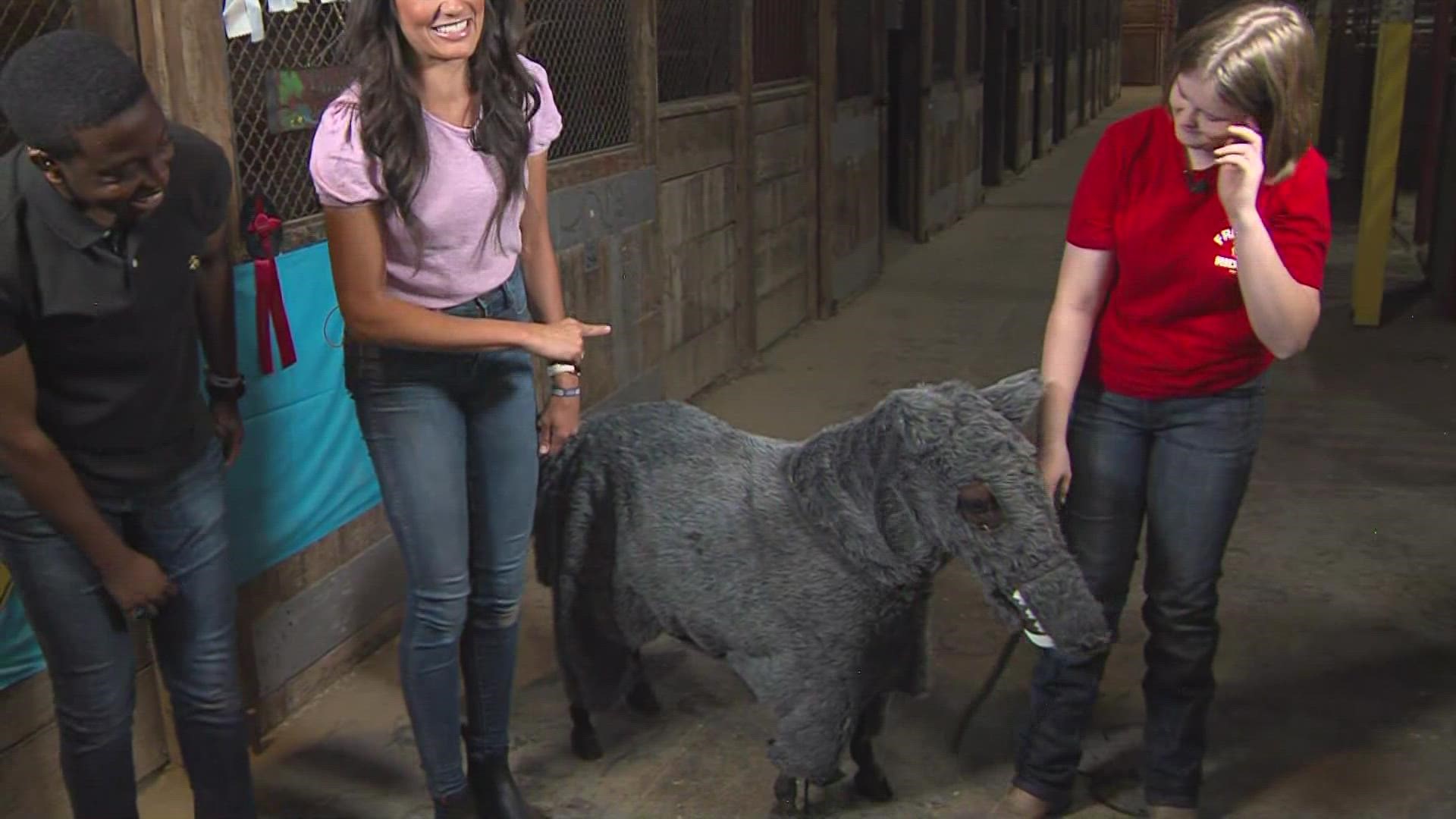 DES MOINES, Iowa — The Horse Barn at the Iowa State Fair has many occupants this year. One of them is Woody, a 21-year-old miniature horse.

Berg's grandmother, Kims Hols, bought Woody from the fair and said he was only a few months old at the time, fitting in the front seat of her truck.

Woody has a noticeable stripe on his body that goes from his head to his back.

"That is his Dun stripe," Berg said. "That's his color he's a Dun, so every Dun has a nice stripe."

Woody is a mini-horse who competes in different events, like carrying a cart and wearing different costumes.

Berg said he has "like hundreds of ribbons at home."

To get Woody show-ready, Berg has to brush him, and she occasionally paints his hooves.

"They look nice in the show ring ... hides the dirt a little bit," she said.

Woody has a show Tuesday at 6 p.m. at the Jacobson Exhibition Center.

If you would like to see him, he stays at the Horse Barn in Aisle G/H. 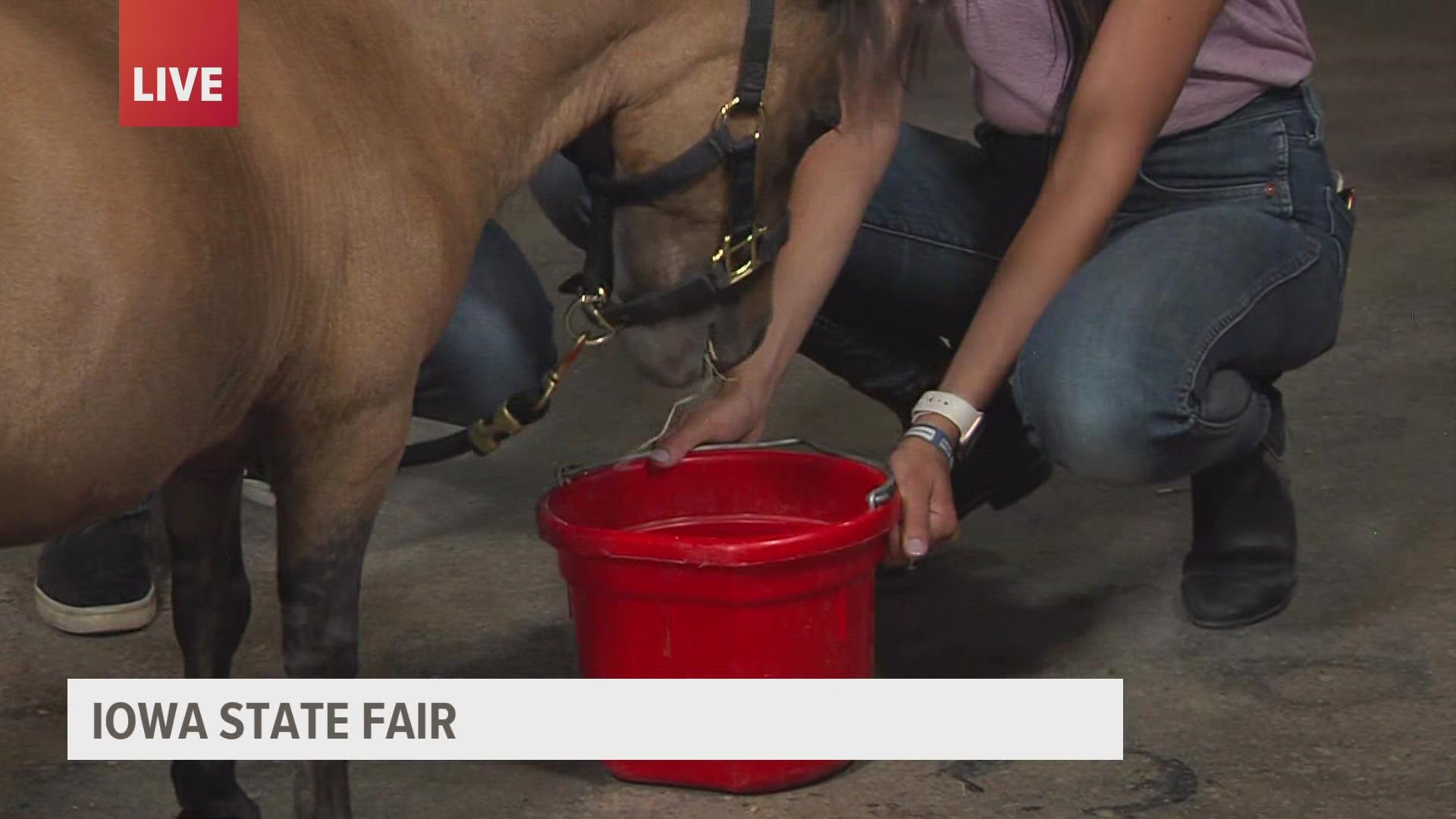 RELATED: Learn more about honeybees and how they help the environment at the Iowa State Fair

RELATED: What it takes to prepare a Budweiser Clydesdales horse for the parade