Alac Gotto is paralyzed from the waist down. He spent Wednesday preparing his steer for a show at the Iowa State Fair with help from friends, family and strangers. 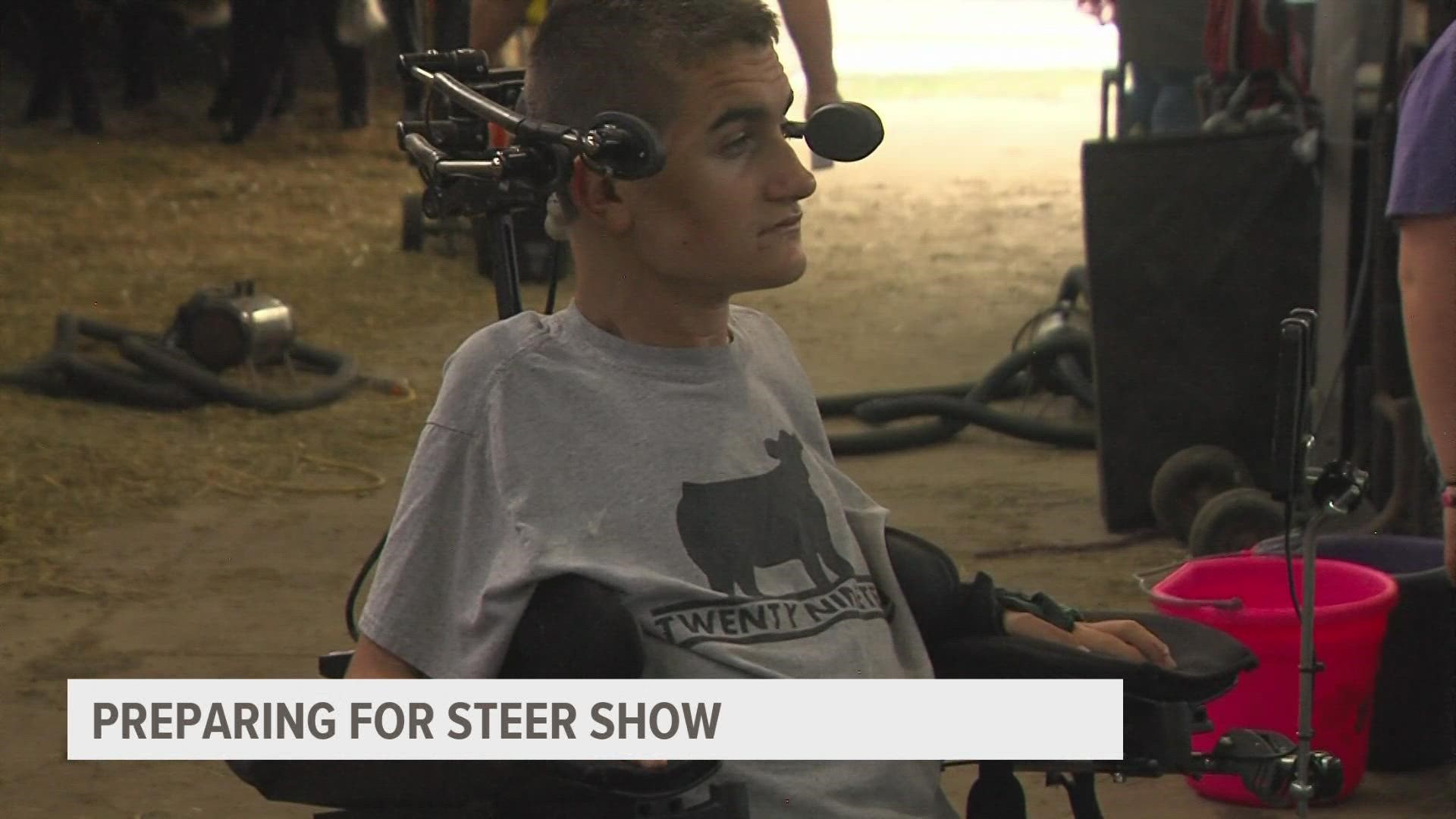 DES MOINES, Iowa — Fifteen-year-old Alac Gotto is paralyzed from the neck down, but that does not stop him from competing.

He's been showing a steer at the Iowa State Fair since 2017.

To help him prepare for the show, his father Chad Gotto said family, friends and others in the barn pitch in to help

Alac said the process to get his steer ready is a lot.

"You need to wash them twice a day, and feed them and exercise them," Alac said.

Chad said his son has been paralyzed since he was a baby. He said Alac being involved in activities like steer showing, and people at the barn treating him like anyone else is something he loves.

"The cattle community people are so accepting of Alac," Chad said. "He just fits in no matter where he goes."

Alac said when he gets older he wants to continue showing and raising cattle.

Alac won first in his steer showing competition and is moving on to the next round, which will be later Wednesday.