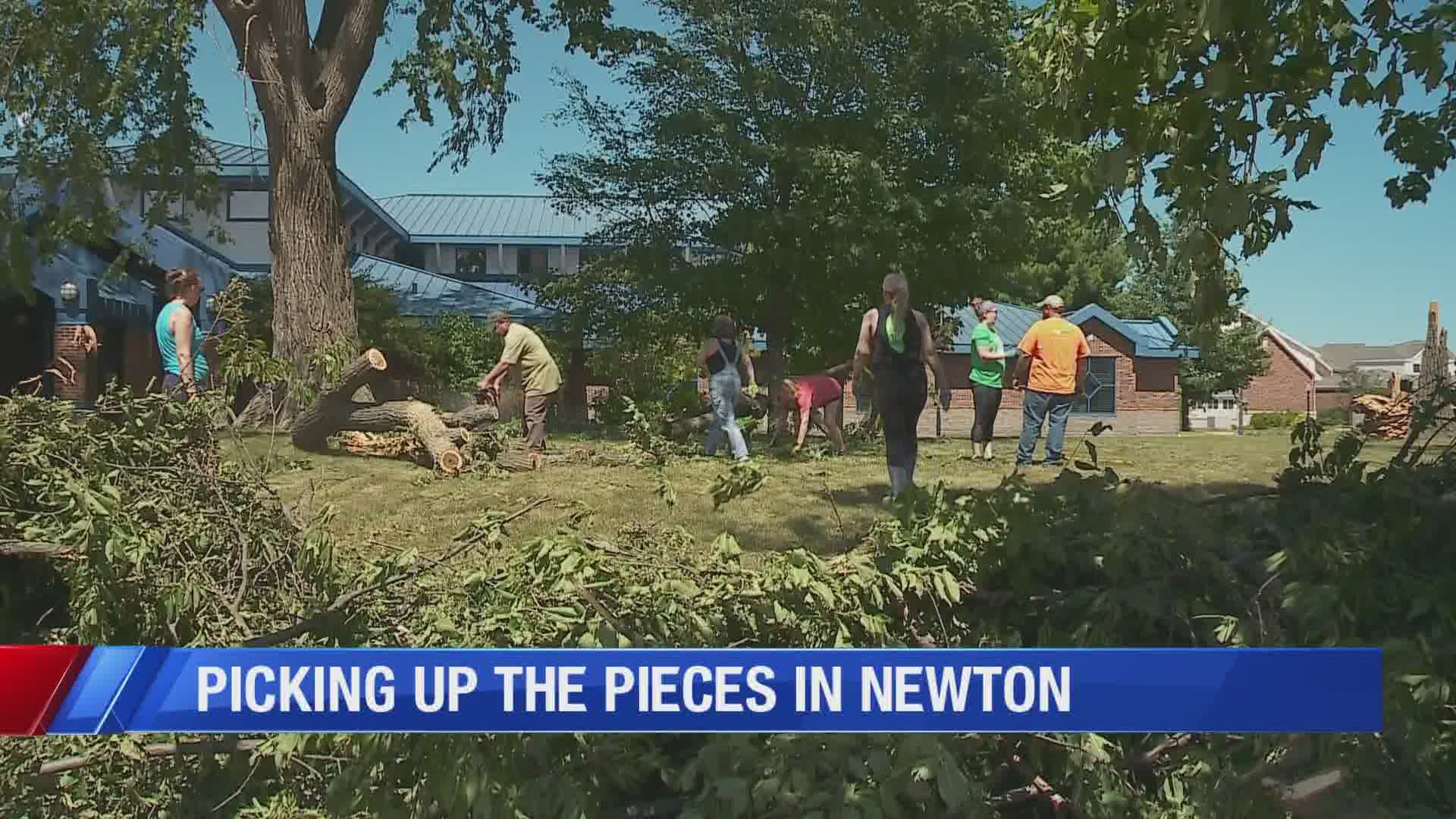 NEWTON, Iowa — Among the communities picking up the debris after Monday's storm is Newton.

Parts of the town square were heavily damaged including an area directly in front of the Newton public library.

The sun is shining on a now quieter day here in central Iowa.

Unfortunately, it's giving many communities an opportunity to truly assess the damage they saw from Monday's derecho.

One of the areas hardest hit was right in the town square of Newton.

"All of a sudden I just saw the sky go black and the sirens started going off," Newton public library director Nicole Terry said.

Monday's powerful windstorm left behind a trail of destruction across Jasper County. Toppled trees and debris scattered across downtown newton.

"From my window I could see pieces of siding and roof just rip by," Terry said.

The city's public library was hit hard. A total of six trees came crashing down.

Thankfully none of them directly hitting the building or any nearby cars.

"So we lost about three-fourths of the trees that were left on our property," Terry said.

A leaky roof and a mountain of debris is left behind.

An added struggle on a community hub already reeling from a number of challenges thanks to COVID-19.

"It's been a tumultuous few months, but with the staff that we have, clearly when one of them is out there with a chainsaw, we've kind of been prepared and have been getting through it the best we can," Terry said.

RELATED: Power companies explain why you may not have electricity while your neighbor does