AMES — Racist vandalism was recently spotted in an Iowa State University dorm. In Geoffrey Hall, like most ISU dorms, each floor has its own name. The sixth flo... 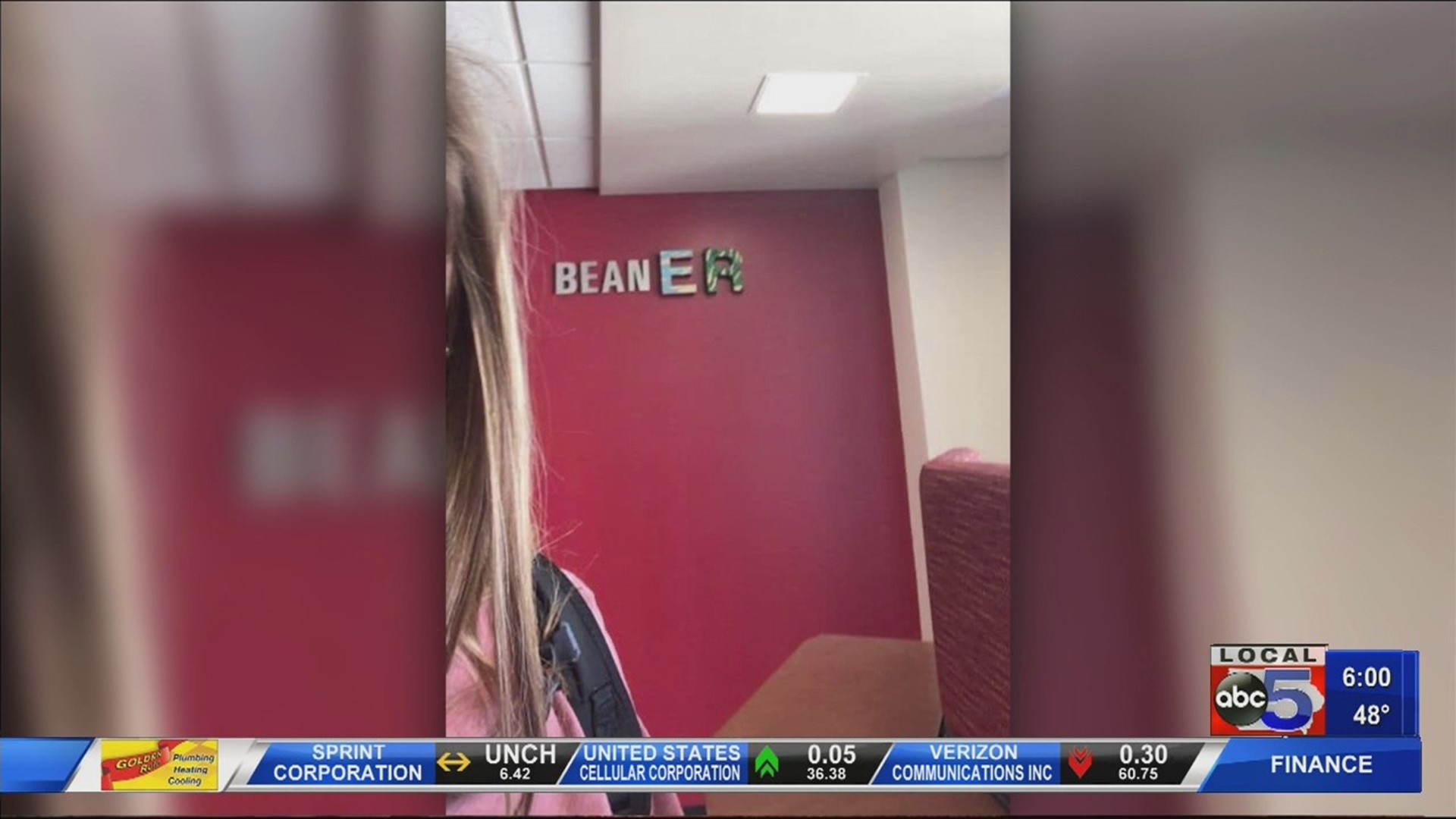 In Geoffrey Hall, like most ISU dorms, each floor has its own name.

The sixth floor there is named Bean House.

Someone added two letters to a sign that said “Bean” to make a derogatory word targeting Mexicans.

The community student advisor on that floor happens to be Mexican-American.

She spoke to Local 5’s Lakyn McGee on how it’s targeting some of the students.

“It was very offensive and it was very hurtful,” Liliana Delgado said.

“It’s dehumanizing a person. It’s not used as a compliment to your culinary or anything like that. It’s meant to be derogatory.”

Delgado said the Mexican-American students on this floor were targeted with the racial slur.

10 days after the slur was nailed to the wall, Delgado posted a flyer asking students for feedback on how to make the hall better.

That’s when another racial slur was posted in Bean Hall.

“It was asking for positive criticism. It wasn’t a space for inappropriate language or behavior.”

“I was shocked that someone would go towards that kind of vandalism and be racist,” ISU student Amanda Stephens said.

Delgado now hopes students will realize this is offensive.

“I think if Iowa State and the residence halls want to be an inclusive and diverse place then we can’t have any tolerance for anything and they shouldn’t belong in these spaces.”

The ISU campus police are aware of the racial vandalism. The university said that fostering a welcoming and inclusive community is a top priority at Iowa State.

Local 5 also spoke with the League of United Latin American Citizens of Iowa about the slur. They hope this story will raise awareness that words like these are derogatory and should not be accepted