The victim has been identified as 41-year-old Michael Thurman. 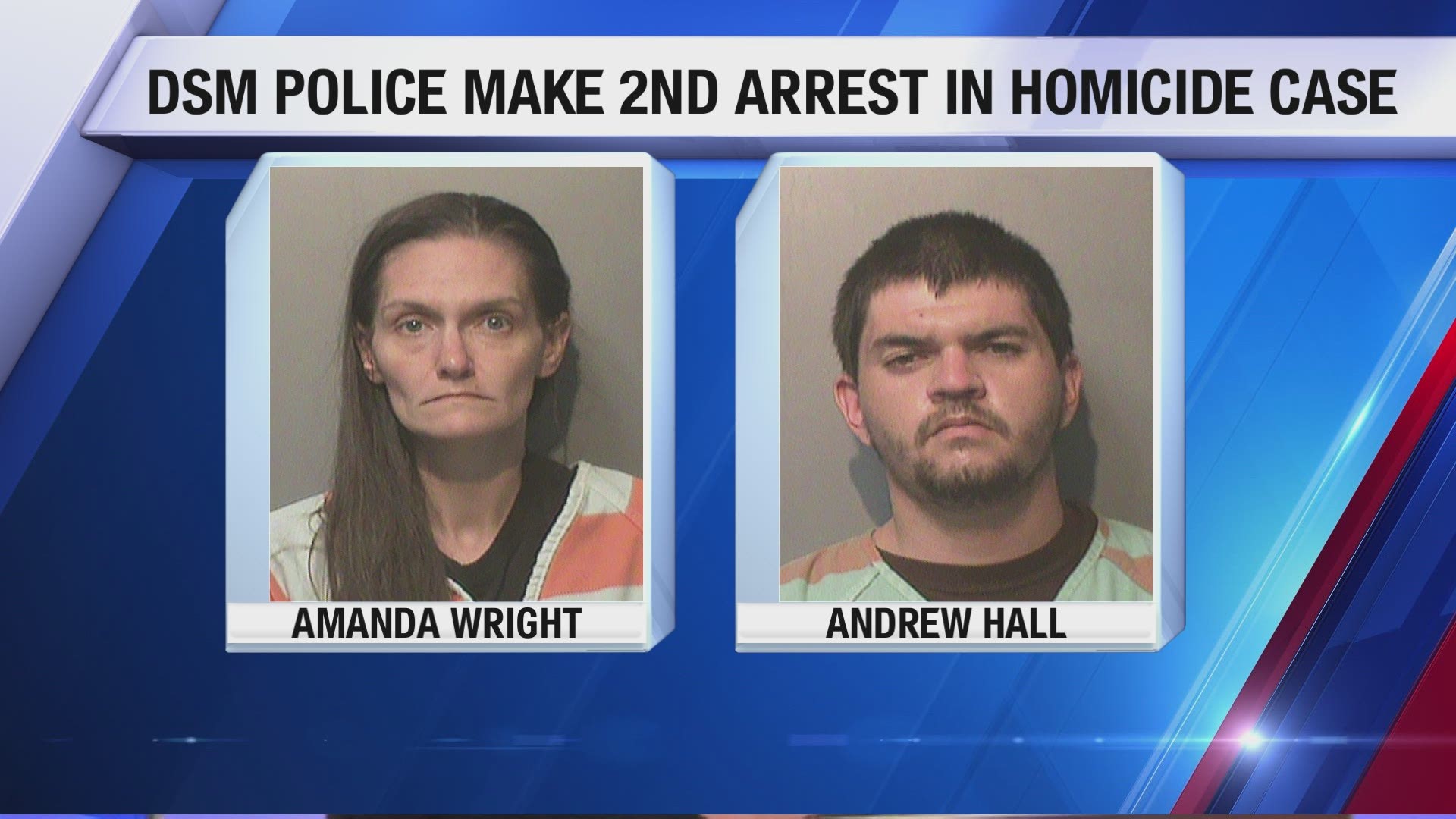 DES MOINES, Iowa — Two people have now been charged with murder after police found another man's body lying on the side of the road Saturday night, according to the Des Moines Police Department.

The victim has been identified as 41-year-old Keokuk resident Michael Thurman.

Detectives said Thurman's death was "suspicious" during the initial investigation. They later found he sustained a gunshot injury and determined his death to be a homicide.

Andrew James Hall, 27, of Des Moines was arrested for first-degree murder and is being held at the Polk County Jail.

Credit: Polk County Jail
Andrew James Hall, 27, of Des Moines is charged with first-degree murder following the death of a man in Des Moines. The victim's name has not been released. June 28, 2020.

Officers responded around 9:09 p.m. Saturday to a report of a "person down" along the 2400 block of East Market Street.

That's when they found the body of Thurman along the roadside, according to a release from the department.

Police said they do not expect to make any more arrests in the case.