Drowning is the leading cause of unintentional injury deaths among young kids according to the Centers for Disease Control and Prevention. 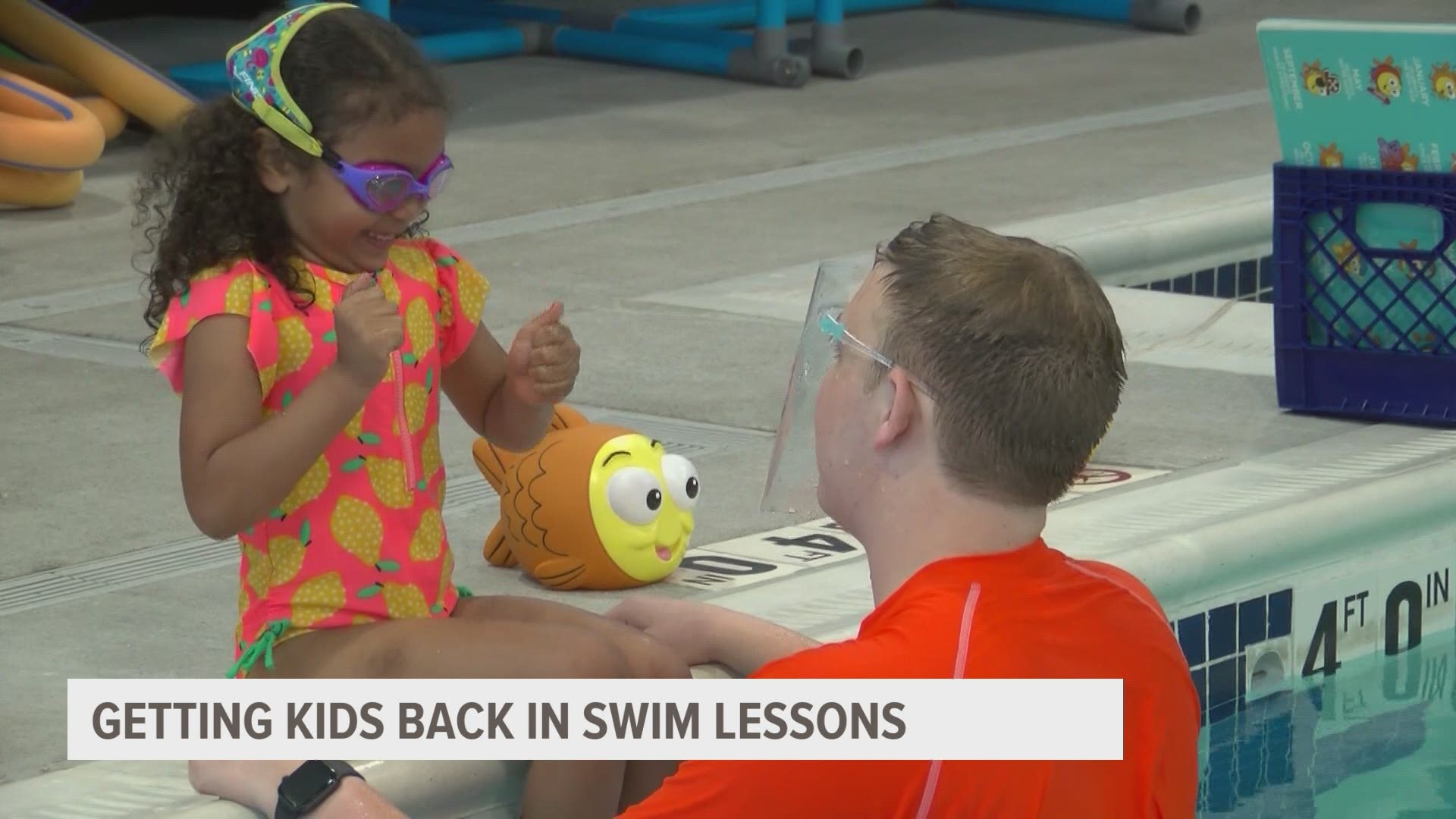 URBANDALE, Iowa — With this heatwave continuing, many families are heading to pools, lakes, and rivers to cool off, but some water safety experts are concerned after a year of not swimming due to the pandemic.

According to the Centers for Disease Control and Prevention, drowning is the leading cause of unintentional injury deaths among 1- to 4-year-old kids.

That's why instructors at Goldfish Swim School in Urbandale say now is the time for swim lessons.

"We really want to make it muscle memory, that way if one of our swimmers found themselves in a water emergency they would know what to do," said Alexus Schilling, assistant general manager at Goldfish Swim School in Urbandale.

Schilling said in the past year, swim lessons really slowed, but that's not the case anymore.

"We have definitely seen a spike in parents who are enrolling their students in swim lessons," Schilling said.

One of the swimmers at Goldfish, four-year-old Amara, had a big day Tuesday; she graduated to the next level of swimming during her lesson.

"She's just doing such amazing skills here that I don't think I would have been able to incorporate so fast," Amara's mom Bree Stewart said.

Stewart said Amara's confidence in the pool has grown ever since starting swim lessons at Goldfish.

"She was afraid to get in the water with us," Stewart said. "She always had her floaties. Here she was able to interact w the instructors. It made her feel more comfortable."

Kids are taught how to climb out of the pool using the wall in case they accidentally fall in.

More importantly, they're taught to climb out on the wall they fell in on.

"Sometimes it's really instinctual to swim toward the first thing that they see, which actually could be the wall furthest from them," Schilling said.

They also are taught how to breathe while floating on their backs so they can call out for help if needed.

The best part? Most kids think they're just playing in the pool, not learning skills that could one day save their lives.