DES MOINES — A man who lives next to an elementary school in Des Moines doesn’t believe his painted wood pallets, which include the Confederate flag and a... 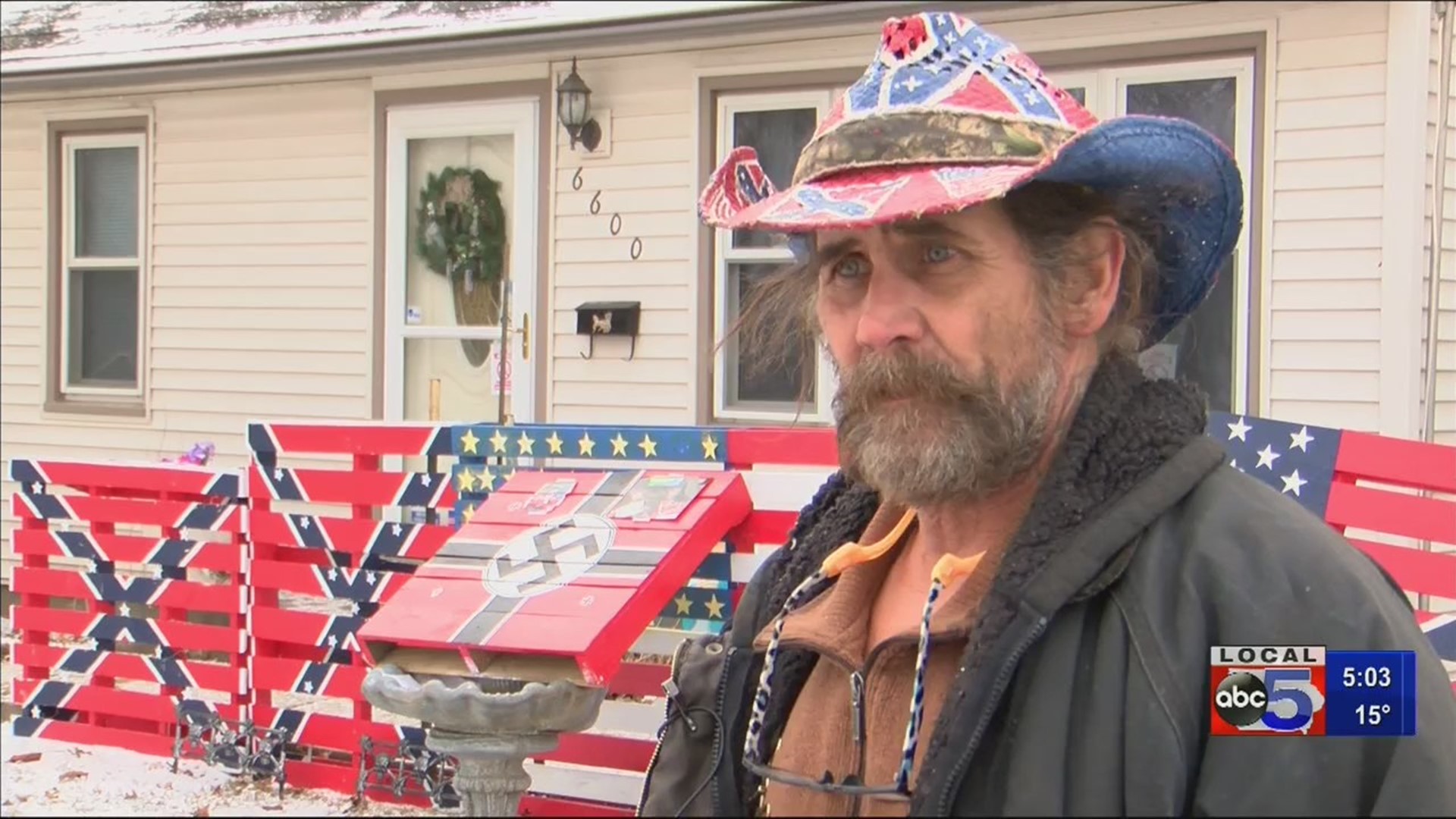 DES MOINES — A man who lives next to an elementary school in Des Moines doesn’t believe his painted wood pallets, which include the Confederate flag and a swastika, should be viewed as racist.

“No it does not represent that,” says William Stark, whose home neighbors Morris Elementary School. “[The swastika] represents a World War II war flag.”

We should all be sickened that someone would promote the hatred espoused by Confederates and Nazis within sight of the front doors of an elementary school. At Morris Elementary School, where more than 60% of the students educated are children of color, students see these symbols of hate when they arrive and leave school, or are simply on the playground. The individuals in the home displaying these symbols have had numerous conflicts with Morris Elementary School and the school district. We have recently notified them that DMPS has worked with the Des Moines Police Department to have a criminal trespass advisory issued against them. The police will be notified if they are on school property.

Starks says he doesn’t have any plans to remove the paintings from his property.

Meg Viola has a son who attends the school, and isn’t happy about how close the imagery is to the school.

“White supremacists is what I look at the Nazi symbol being,” Viola said. “Super racist. It’s super offensive and just disgusting.”

Starks is well-known to city officials, who deemed his property a nuisance earlier this year.

$5,479.50 was spent cleaning up the property, according to the City of Des Moines.