ALTOONA — You may want to keep an eye on your cars. There are reports of thieves stealing parts right out from under vehicles in Altoona and across the metro De... 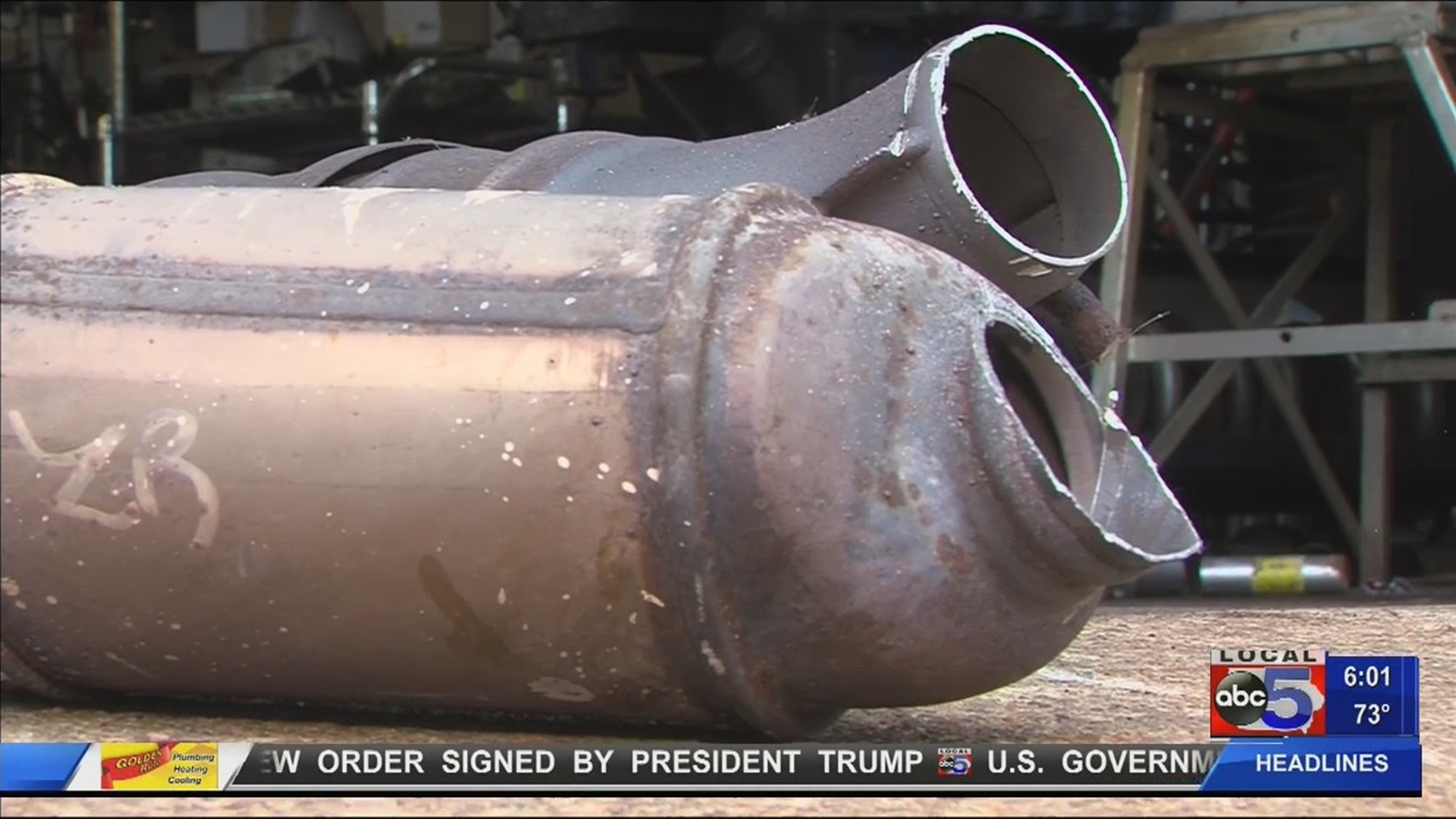 ALTOONA — You may want to keep an eye on your cars. There are reports of thieves stealing parts right out from under vehicles in Altoona and across the metro Des Moines area.

Iowa Live host Lou Sipolt quickly realized his catalytic converter was missing from under his truck.

“I just can’t believe somebody would have the guts to do something like this so close to my house, this close to my shop.”

Catalytic converters are found in the undercarriage of cars. They’re used to filter pollutants out of car exhaust.

The pieces used to convert the toxic gases contain precious metals. Thieves are stealing the parts to sell the metal at scrap yards.

“This has become an epidemic in the city of Des Moines and the surrounding area here and we really have to do something to stop it.”

Terry Allen, President of Terry’s Wholesale Exhaust has replaced at least 100 stolen converters in the past year.

“We have done one this morning and we have another one being towed in from Smart Honda.”

Replacement parts can be pretty pricey.

“I have not heard until this week that someones car was at their work parking lot during the day while they were in working and they’re catalytic converter got stolen and they weren’t the only one in that parking lot. I was just blown away.”

Allen is doing his part to try and catch these criminals. He’s started sawing off piping around stolen converters, so if one is turned in, police can match it to the proper car.

“We save these two ends. this is what the thief cut and you can see how distinct that is.”

Allen suggests keeping vehicles places you can hear them because thieves have to use power tools to cut them off.

If possible, keep your cars in gated lots or garages overnight. But know, there unfortunately is no sure-fire way to protect these converters on your cars.