More than 20 babies have been born in 150-person town the last two years. 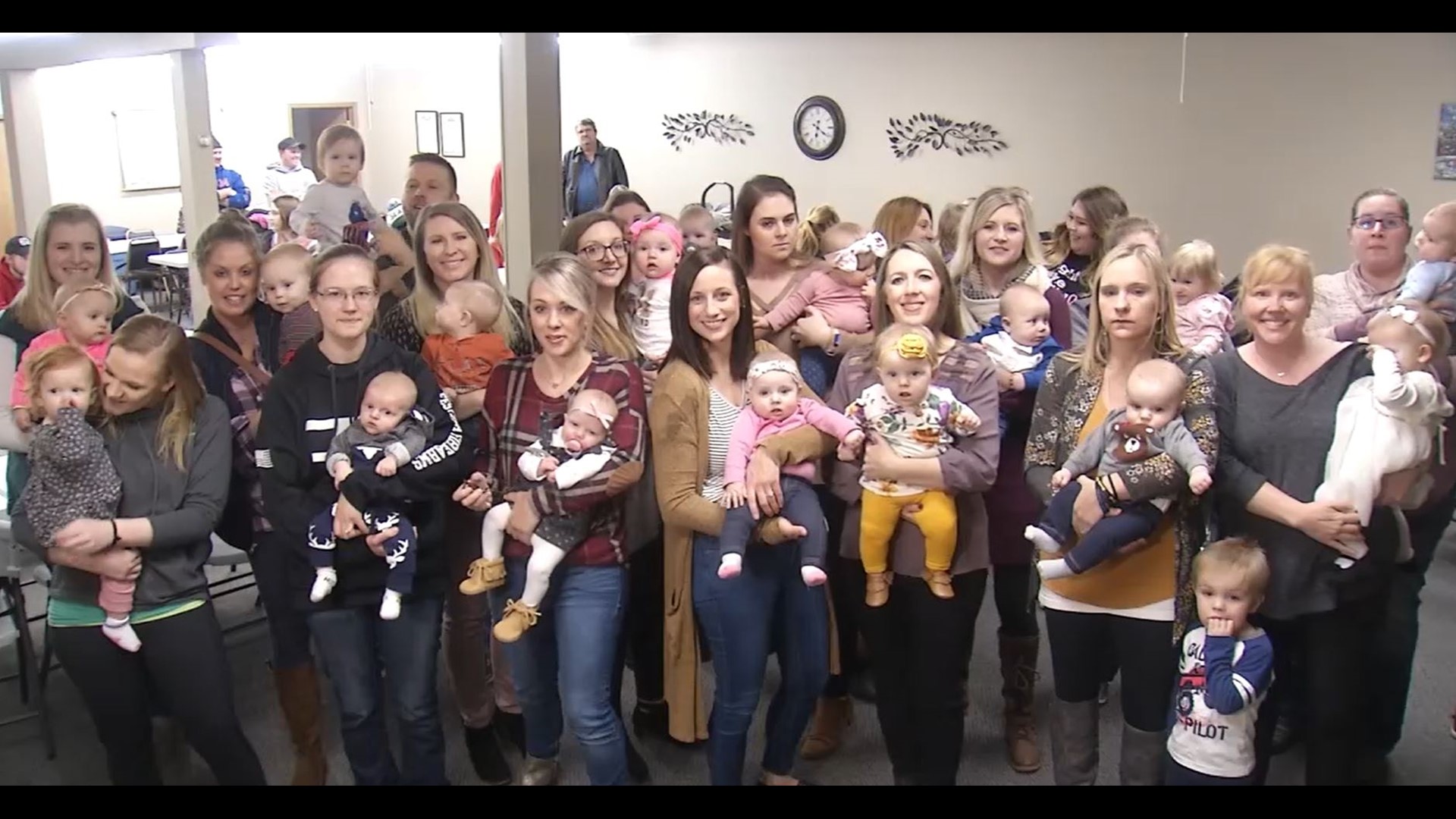 SAINT LUCAS (KCRG-TV9) — About 150 people live in a tiny town in northern Fayette County, but in recent years that population continues to grow.

More than 20 babies have been born there in the last two years.

Is it something in the water? No, it’s people wanting to plant their roots in a stable community, and Saint Lucas happens to be exactly that.

In the last 10 years, many families have settled down in the quiet community.

“We recently had 19 babies born in the last year and a half or so, from August 2018 through October 2019,” resident Courtney Schott explained. Schott said that some of those families are already expecting again.

Schott has two of her own; the Gage family grew by one just six months ago; four boys are in the Hackman family; John and Joann Svendsen have two kids under five years old; and the list goes on and on.

“The town has completely changed from, you know, a bunch of retired people a bunch of young families, so it’s pretty cool,” Eric Dietzenbach, a Saint Lucas resident, said.

So, where did this boom come from? Well, some of these young families have spent their entire lives in this town. Some moved away and decided to return.

Dietzenbach and his wife moved away for college, ended up in Des Moines for a while, and then returned to Saint Lucas in 2009. They have four kids.

“We were kind of the first young people in Saint Lucas, or we felt like it at the time,” Dietzenbach said.

It’s been 10 years, and while Dietzenbach can’t believe the transformation, he does understand why families chose to settle down in this community.

“If they can find the opportunity in their small town, they’re happy to be around their family,” Dietzenbach said. “Because that’s really kind of what it’s all about, being close to your family and connected with your community, and I think you get that in a small town.”

Saint Lucas has grown so much that a committee was formed to raise money to build a new park. So far, Schott and others have raise $60,000 for new equipment. Their goal is to get to $200,000.

“Right now it’s just the very big equipment section but we’re going to have a basketball court, a shelter, a bathroom, just going to keep expanding on all of that stuff for our kids,” Schott said.

Saint Lucas is the odd ball in Iowa. The new National Movers Study found that more people tend to leave Iowa rather than move in.

However, people living in this small town love seeing it thrive and hope it continues. Schott hopes that people will see what small-town Iowa life has to offer and come join.

“We do have a house for sale, at least one that I know of, so if anyone is looking with kids to move back to the area, it’s a great place to be,” Schott said.