DUBUQUE COUNTY — Day 3 of the Todd Mullis trial continues. He’s accused of murdering his wife Amy and leaving her body to be found by their 13-year-old so... 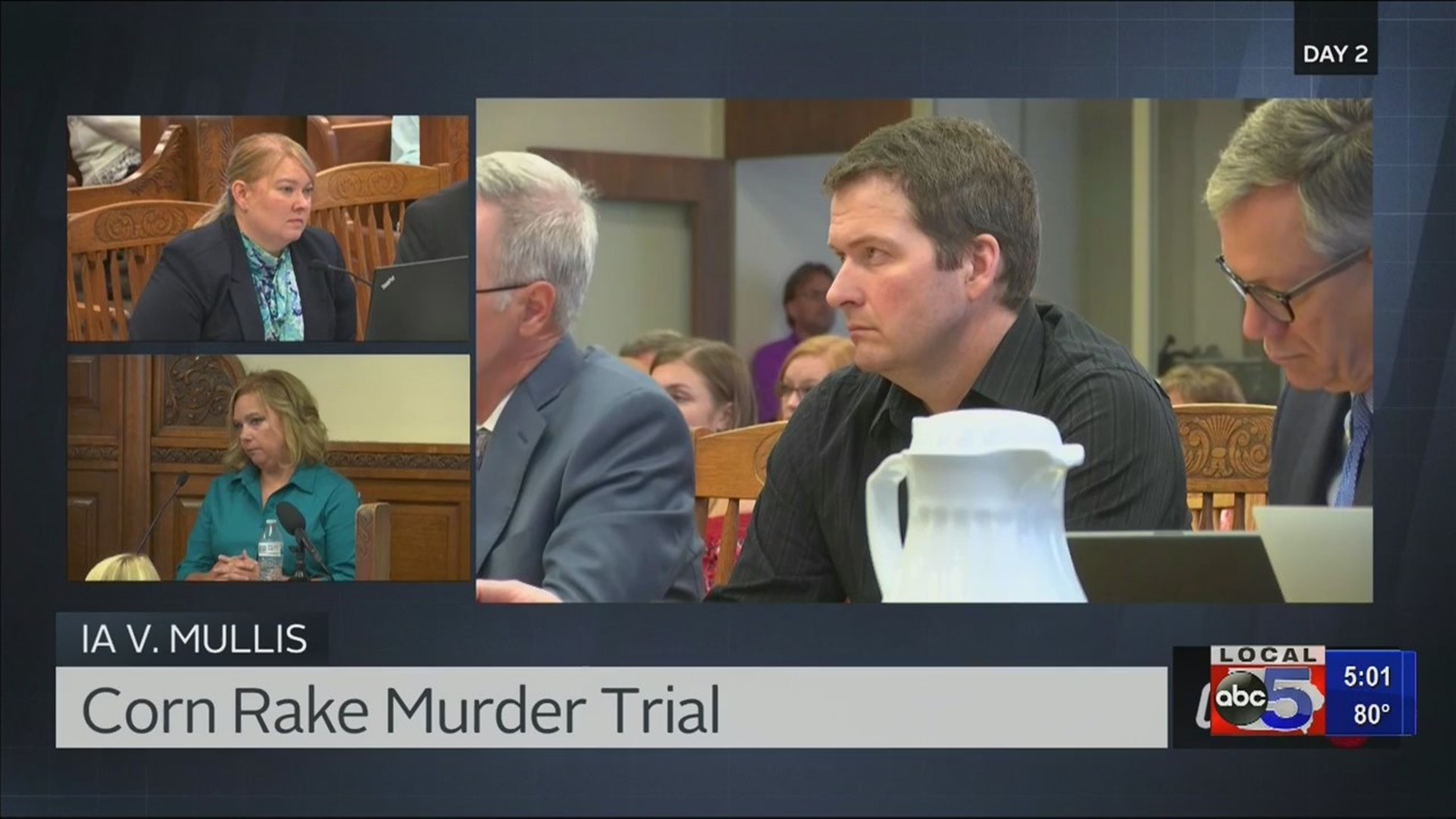 DUBUQUE COUNTY — Day 3 of the Todd Mullis trial continues. He’s accused of murdering his wife Amy and leaving her body to be found by their 13-year-old son.

Amy was stabbed with a corn rake. The defense says yes she was murdered, but not by her husband Todd.

Todd’s search history was a big part of the trial. Six days after the homicide, officers served 19 search warrants.

What they found was electronics. Including Todd’s iPad.

Months leading up to Amy’s death shows that Todd knew his wife was cheating on him.

“So, this was specifically searched. He searched ‘killing of unfaithful women.’ At the bottom you can see the specific characteristics that were typed into the search,” said Deputy Travis Hemesath with the Delaware County Sheriff’s Office.

Todd Mullis took the stand claiming his relationship with his wife was a good one.

But detectives showed the jury that Mullis was googling subjects such as “organs of the body,” “was killing more accepted centuries ago,” and “did ancient cultures kill adulterers?”

Days after the homicide, Deputy Hemesath explained to the jury that he found two cameras on the Mullis farm. One displaying the yard. The other pointed directly at the red shed where Amy’s body was found.

However, the camera only had recordings from September 11 through October 29 of the same year she was killed and then begins recording a day after the homicide.

“So, the video picks back up on November 11, the day after the homicide and then records until November 18, 2018,” said Hemesath.

Detectives said Todd and one other person has been a suspect. Jerry Frasier, the man Amy was having an affair with. But he was soon ruled out after his GPS from his cell phone indicated he was 45 minutes away the day of the homicide.

In surveillance video, Todd spoke to criminal investigators about what him and his son did when they found her body.

“He puts his hands on the corn rake. He manipulates it and pulls it free and throws it to the side. He then takes her and puts her in his vehicle with Tristan opening the door. They begin towards the hospital and call 911,” said Jon Turbett with the Iowa Division of Criminal Investigation.

Photos of Amy’s body indicate that there was foul play.

The state now asking the question, did Todd have enough time to run from the hog barn to the red shed where Amy was killed?

Amy’s son, who found her body, told the jury that he left his father alone for a while to go get some water.

The State of Iowa is now trying to prove that Todd ran about 500 feet to the red shed where Amy was, murdered her, and then ran back before their son noticed.

When it comes to what he was searching on his iPad, Todd explains that he searched certain things with his children and with Amy.

The trial is still on-going.