"It catches everyone off guard how random it is," said Kelsey Yetmar, a family friend of Melissa Ristau. 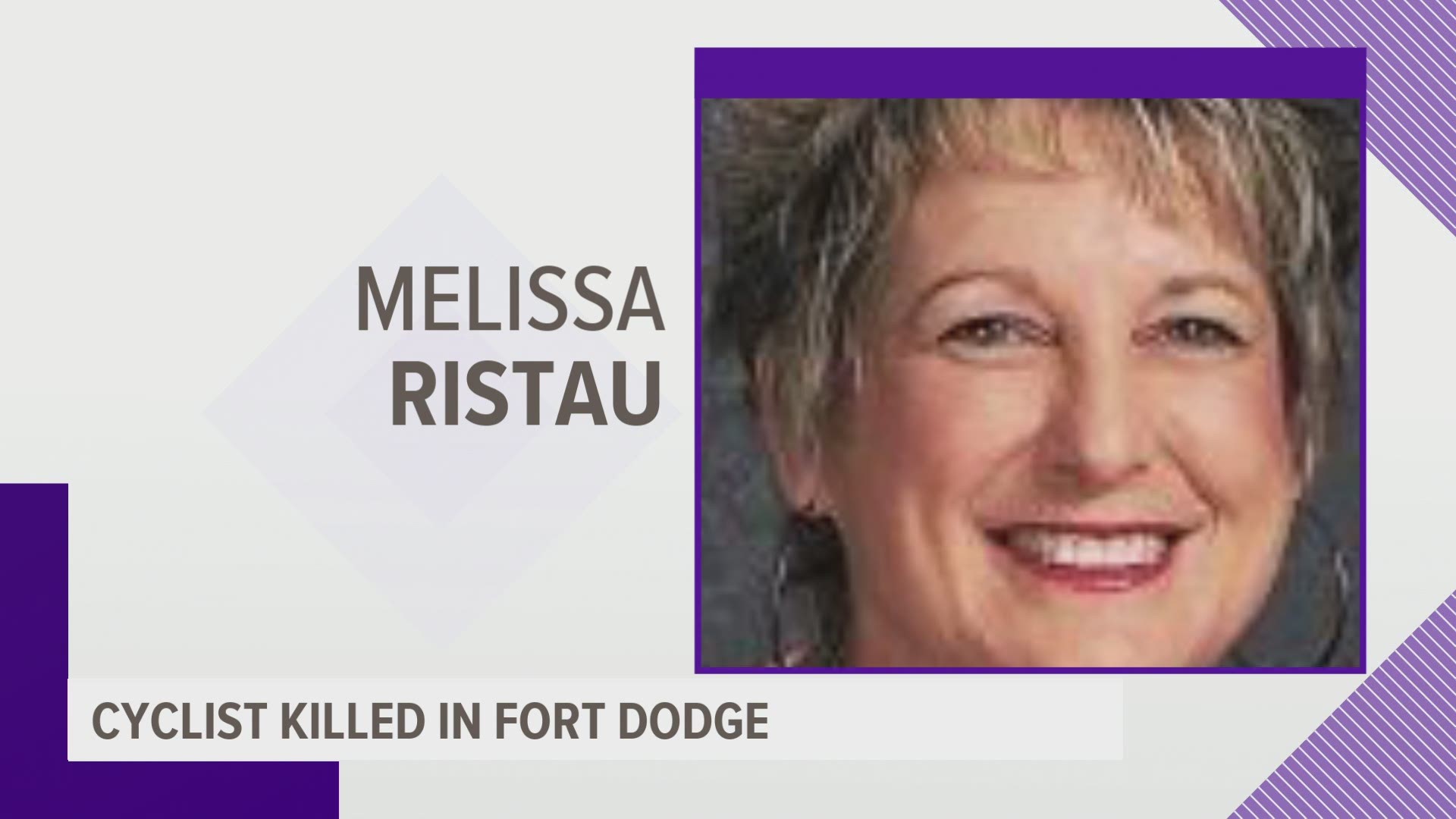 FORT DODGE, Iowa — A woman is dead after she was hit by a truck while crossing the street in a tricycle Tuesday morning, according to the Fort Dodge Police Department.

Police identified 65-year-old Melissa Ristau of Fort Dodge as the victim of the collision.

Shortly after 9:30 a.m. Tuesday is when the call came in about a vehicle crashing into a bicyclist. Officers were dispatched to the intersection of 8th Avenue South and 31st Street to investigate.

Once at the scene, officers found Ristau lying in the roadway unresponsive. Due to her injuries, the Webster County Medical Examiner was called to the scene to pronounce Ristau dead.

Police say initial evidence indicates a 2003 GMC Sierra 2500 driven by an 18-year-old turned northbound onto 31st Street from 8th Avenue South when it hit Ristau, who was riding a tricycle.

"It catches everyone off guard how random it is," said Kelsey Yetmar, a family friend of Melissa Ristau.

The Iowa State Patrol is assisting in the investigation. They did not say if they will be charging the driver of the truck or not.