TSA report: More guns found at checkpoints in 2019, including Iowa

A new report from the Transportation Security Administration (TSA) says their officers found more firearms at checkpoints last year than ever before. Here in Io... 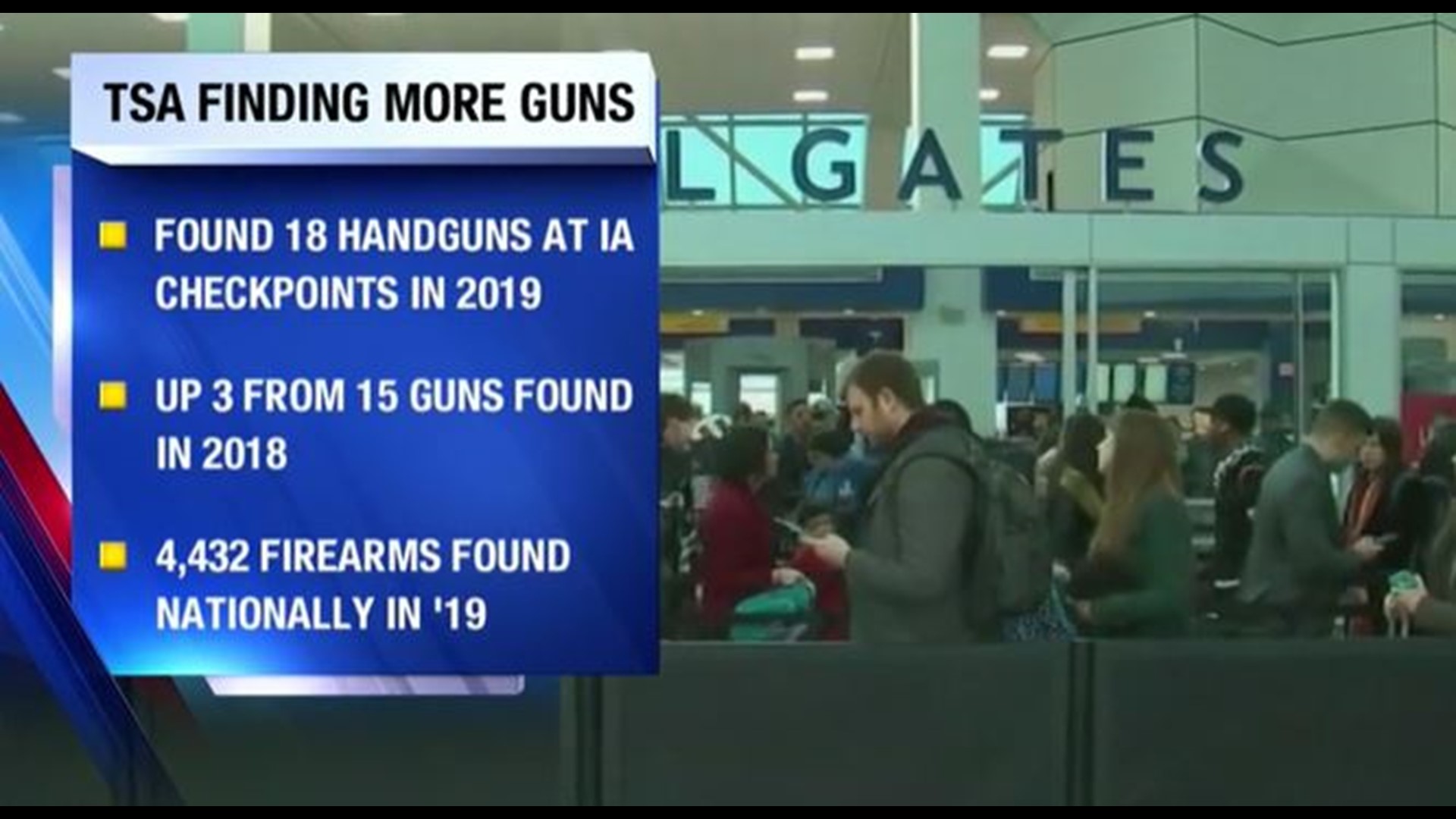 A new report from the Transportation Security Administration (TSA) says their officers found more firearms at checkpoints last year than ever before.

Here in Iowa, the number of guns caught at Iowa airport checkpoints increased by three in 2019, compared to 2018.

The TSA says 4,432 firearms were located in carry-on bags or on passengers at checkpoints across the country in 2019. That’s about 12.1 firearms per day.

The five airports with the most gun confiscations were:

Only 40 guns were found at the Minneapolis-St. Paul International Airport, according to a full list posted by TSA.

“The continued increase in the number of firearms that travelers bring to airport checkpoints is deeply troubling,” said TSA Administrator David Pekoske in a news release Wednesday. “There is a proper way to travel safely with a firearm. First and foremost, it should be unloaded. Then it should be packed in a hard-sided locked case, taken to the airline check-in counter to be declared, and checked.”

People who bring firearms to a TSA checkpoint can face criminal charges, and civil penalties from the TSA. Even if a traveler has a concealed weapon permit, weapons are not allowed on an airplane.

Travelers with the proper permits can bring firearms in checked bags if they follow these guidelines.