Remember" 'Turn around, don't drown' as rainfall continues across the Tennessee Valley

No matter how shallow the water looks, don't drive around barricades. 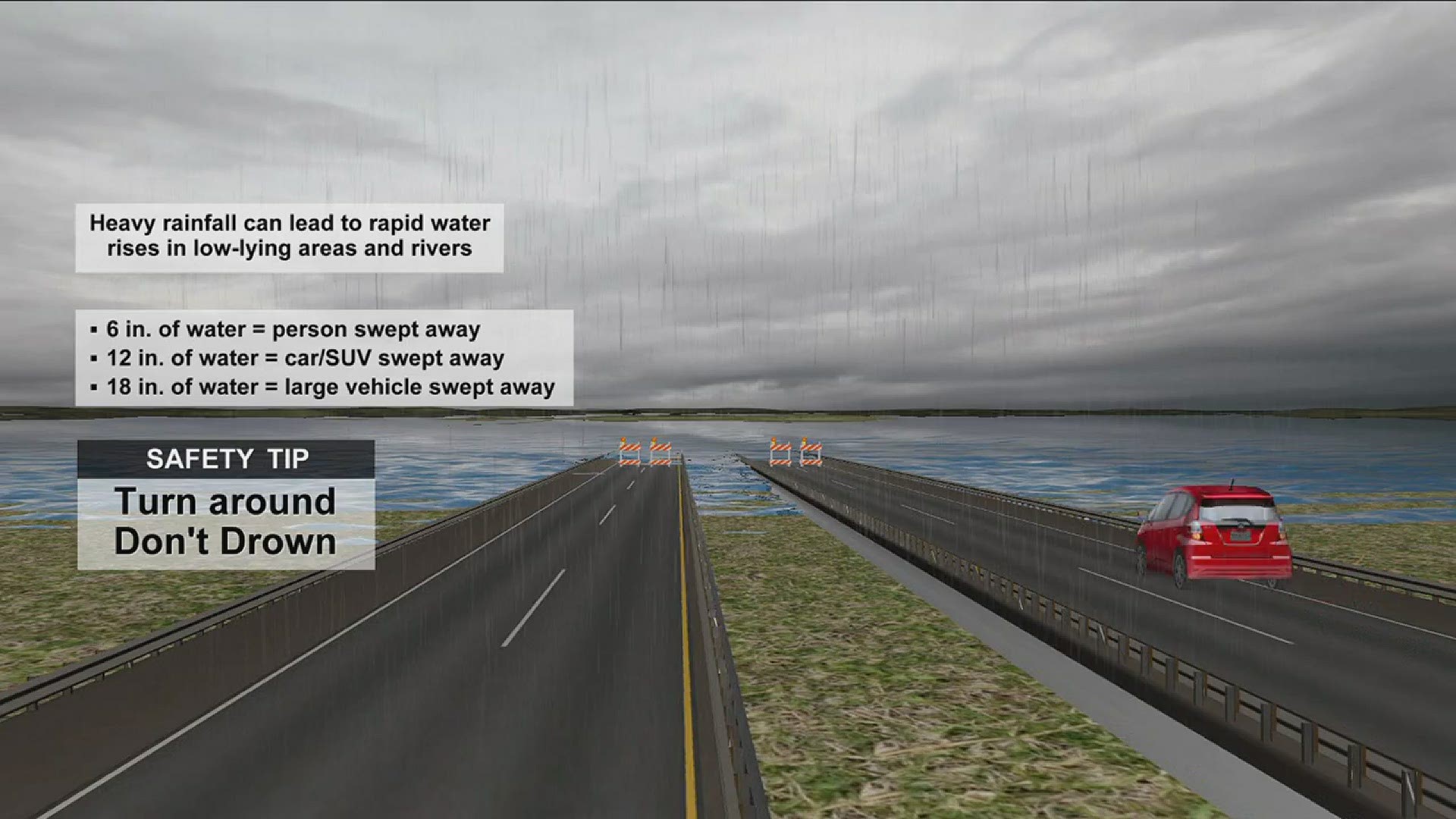 ALABAMA, USA — It's a rainy week in the Tennessee Valley, and with ongoing rain comes the potential for flash floods and localized flooding.

More than half the deaths from flooding each year happen in cars. Earlier this year, rescue teams had to make several water rescues in Morgan County due to flooding.

Morgan County Sheriff’s Office Spokesperson Mike Swafford said, "Us, but more importantly the rescue squad, had about six water rescues which are treacherous every time they have to do that because the person is in danger as well as the rescuers.”

Remember to turn around, don't drown. Just twelve inches of water is enough to sweep a vehicle away. If you do find yourself sinking, Young says it could be thirty minutes before rescue teams can get to you.

"It will take some time to get first responders there whether it be in the county, the city,” said Young. “Every fire truck in this county is not a water team, so to get the appropriate equipment and manpower there, it's going to take a few minutes."

Water can continue to rise days after heavy rainfall. No matter how shallow the water looks, do not drive around barricades.

Flooded roads are much harder to see at night. If you must get out after a storm, know what areas are prone to flooding and avoid them.

Each year, more deaths occur due to flooding than from any other thunderstorm related hazard.