UPDATE (9:40 p.m.): The victims in the crash have been identified as 23-year-old Dallis Harrison of Newton and 16-year-old Garwin native Isaiah Eliander. The su... 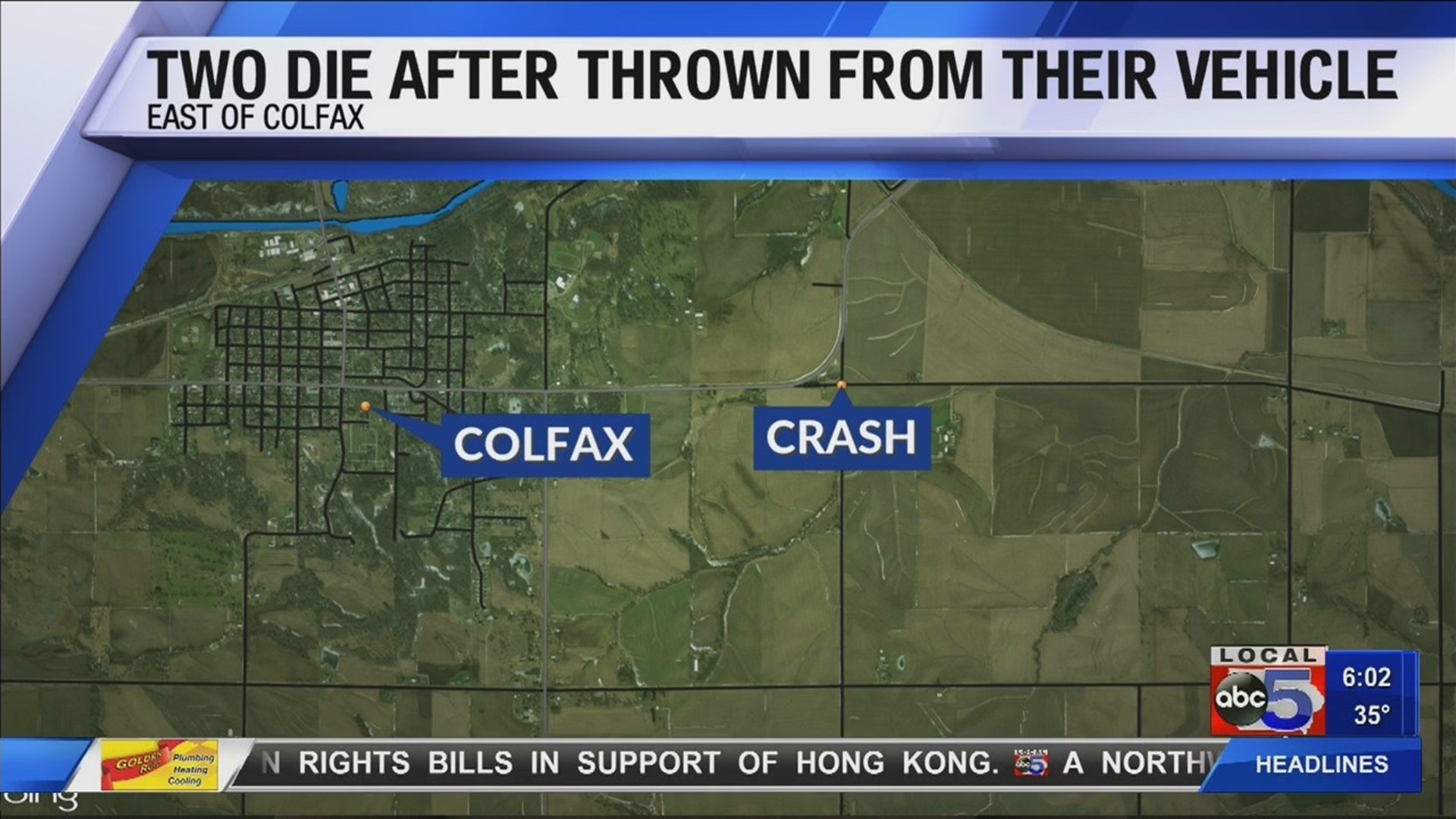 The victims in the crash have been identified as 23-year-old Dallis Harrison of Newton and 16-year-old Garwin native Isaiah Eliander.

The survivor of the crash is 15-year-old Kylie Eliander. Eliander’s family said in a statement that her condition will not be released, but that is not to be treated as a worst-case scenario.

JASPER COUNTY — Two people are dead, including a teenager, after a car crash early Friday morning, according to the Iowa State Patrol.

Jasper Co. Sheriff’s deputies, along with Colfax police and fire and EMS from both Newton and Colfax, responded to the scene on County Highway F48 and S 28th St., just east of Colfax, around 7:00 a.m. Iowa State Patrol was also requested to assist.

Troopers say the 2010 Chevrolet Impala veered off the road and rolled around several times. The driver and the passenger on the driver’s side were both thrown from the vehicle, while the rear right passenger stayed in the vehicle. No one was wearing a seat belt.

The 23-year-old driver and a 16-year-old passenger were the two ejected. Both were pronounced dead at the scene.

The other passenger, a 15-year-old girl, sustained serious injuries, but was able to get to a nearby residence and ask for help, according to deputies. She was then transported to the hospital. Her condition is unknown.

The accident is still being investigated by the Iowa State Patrol.