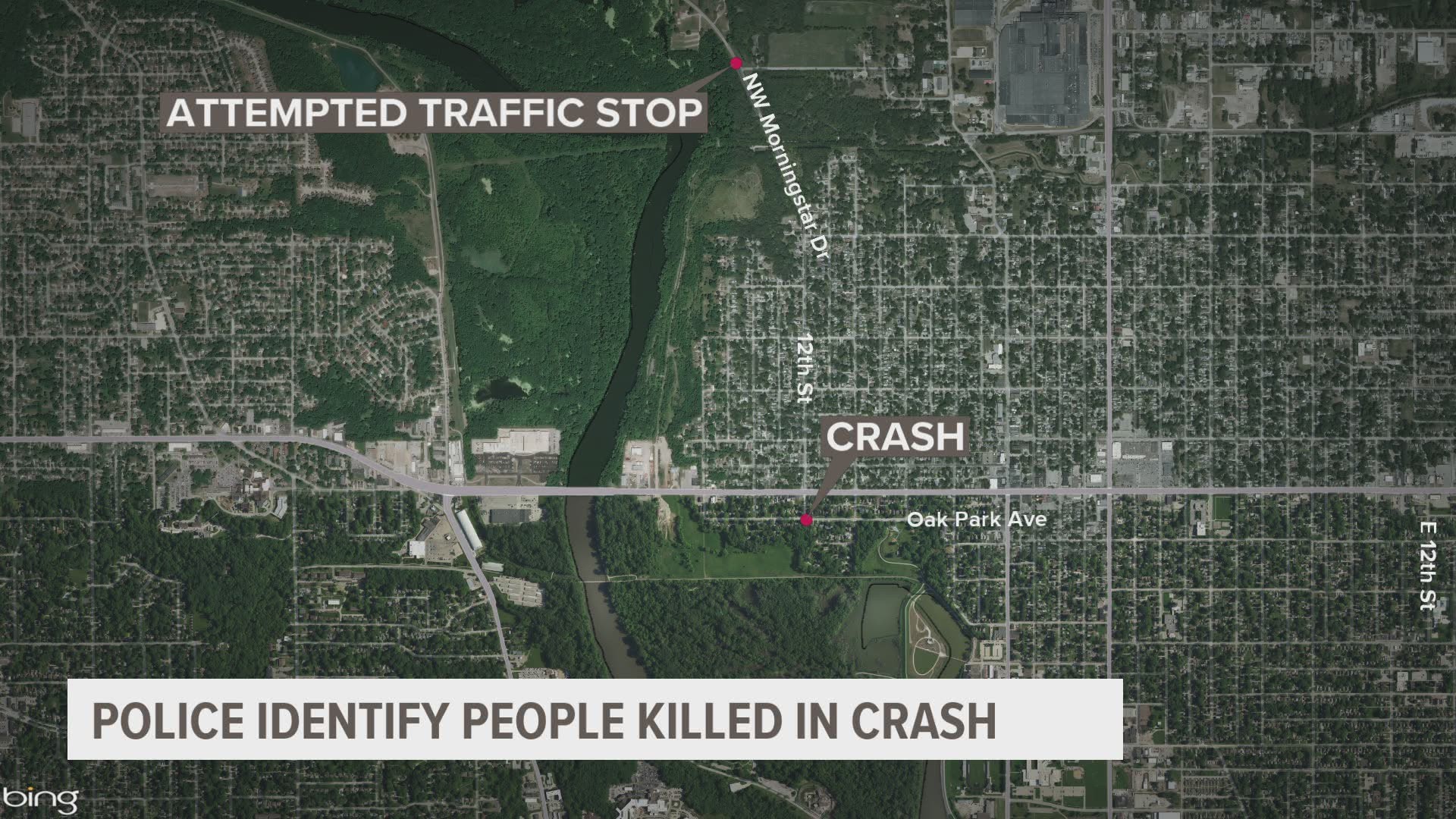 DES MOINES, Iowa — The two people who died in a fiery crash Sunday afternoon have been identified.

The Des Moines Police Department Traffic Unit continues the technical investigation of this crash. Additional information will be shared as it becomes available for release.

Around 1:17 p.m., a Polk County Sheriff's deputy conducted a traffic stop on a car for speeding in the 4300 block of NW Morningstar Drive. According to police, as the deputy approached the car, the driver, Ruiz, took off.

The deputy tried to track down the vehicle, but lost sight of the car because the driver was driving so fast.

The sheriff's deputy was then told by a pedestrian in the area that a car was just involved in a crash at 12th Street and Oak Park Avenue. The deputy went to the area and found a vehicle on fire.

According to Des Moines fire crews on the scene, the intensity of the car fire prevented immediate rescue efforts. The fire was put out shortly after fire personnel arrived on the scene.

This is a developing story and Local 5 will update when we receive more details.