DES MOINES — UnityPoint Health and a South Dakota based health system called off plans for a potential merger Tuesday. Had the merger gone through, UnityPoint a... 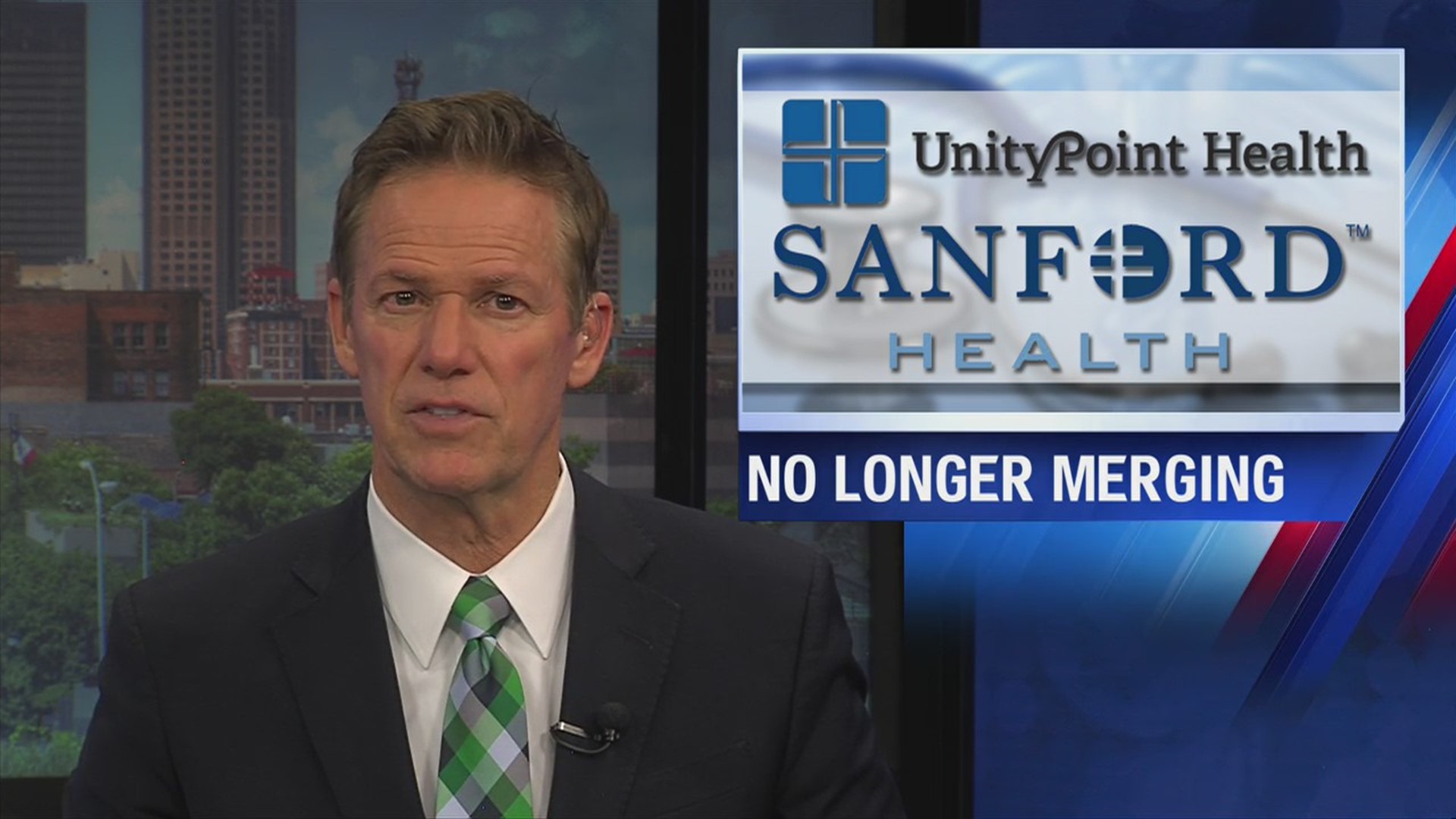 DES MOINES — UnityPoint Health and a South Dakota based health system called off plans for a potential merger Tuesday.

Had the merger gone through, UnityPoint and Sanford Health would have formed a system that ranked in the top 15 largest nonprofit health systems in the country.

News broke late Tuesday that those plans have abruptly halted.

“Our conversations regarding a potential merger with UnityPoint Health have ended,” Sanford Health President and CEO Kelby Krabbenhoft said in a statement Tuesday. “The executive management teams and physicians worked diligently for 18 months to provide a merger recommendation to the boards. We are disappointed that the UnityPoint Health board failed to embrace the vision.”

“I’m tremendously proud of our organization and we will continue to work tirelessly to evaluate any avenue that improves the delivery of health care,” UnityPoint Health President and CEO Kevin Vermeer said in a statement Tuesday.

The initial announcement about the possible merger came back in June with hopes to have had it done before the end of the year.

If the merger went through, the combined companies would have employed 83,000 staff workers and 2,600 physicians with operations in 26 states and nine different countries.