Because of fewer people applying for jobs, the 2021 Des Moines Police Department recruiting class is half of what it was in 2020. 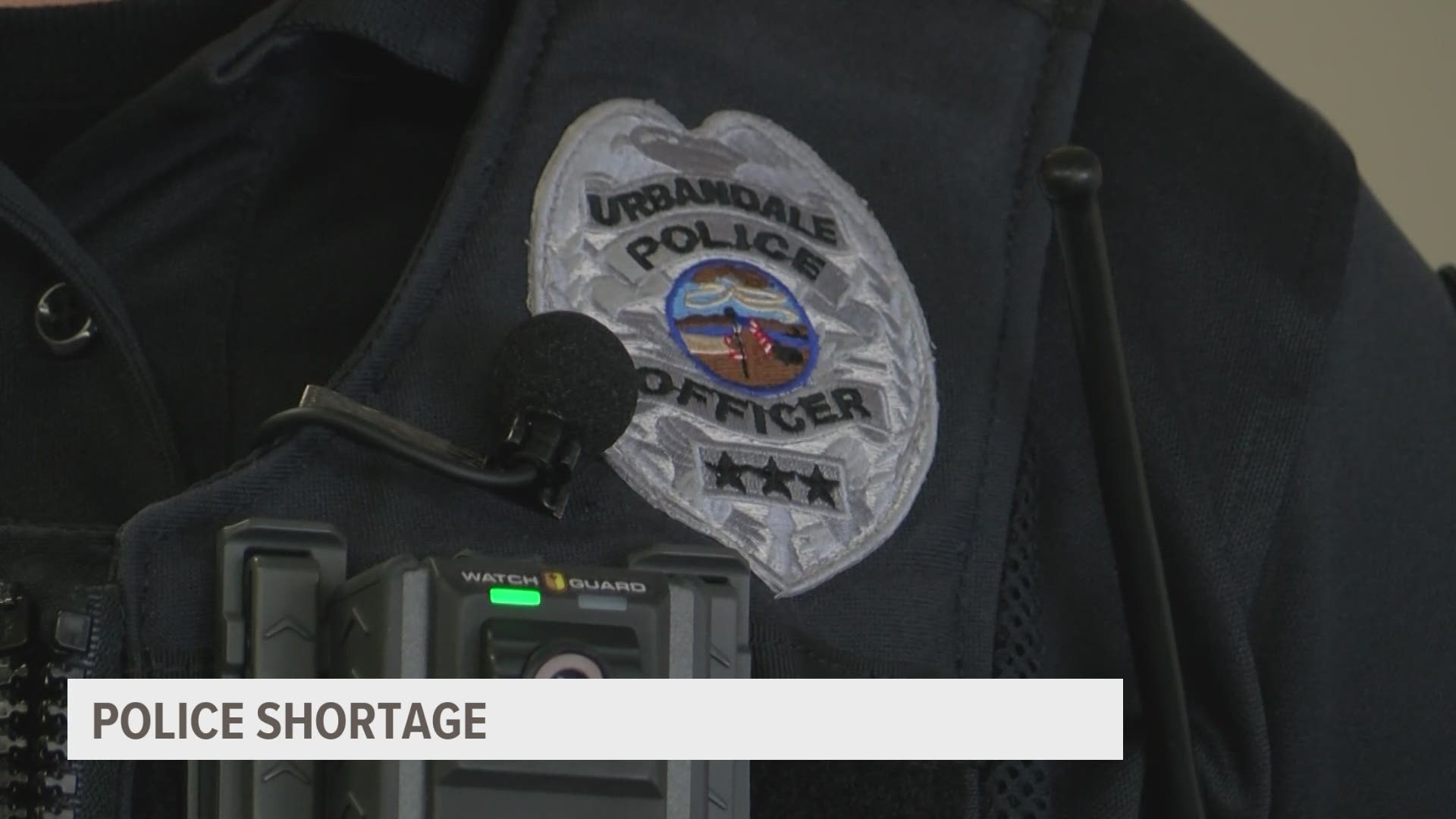 URBANDALE, Iowa — Police departments around the country and here in Iowa are noticing a trend where they are having a smaller pool of applicants applying for open positions.

Holly Pickett, Community Relations Officer for the Urbandale Police Department, said it's something the department has been seeing for a few years, but it has increased even more recently.

Urbandale PD needs roughly seven officers, but trying to fill the positions is becoming more difficult because of people retiring and them having fewer applicants.

This is also leading to "the amount of qualified applicants" being fewer to choose from, Pickett added.

However, she said even though they have been receiving less applications, that does not mean they will pick anyone to be one of their officers.

"When we talk about qualified applicants one of the things that is very important to us here in Urbandale, is that you are a community-oriented person," Pickett noted.

She related this back to knowing how to speak with people in the community and how to interact with them in certain situations.

But the issue of having fewer applicants is also an issue the Des Moines and Clive oolice departments are experiencing.

"There's been a lot of attention focused on some of the negative things that police officers in other parts of the country have done," Sgt. Paul Parizek, the Public Information Officer for DMPD, said.

RELATED: Body found on I-35 in West Des Moines identified

He noted the negative attention has impacted the department's recruiting efforts.

"Last year when we ran a recruitment cycle we had about 600 applicants," Parizek said. "This year we ran our cycle for our next academy class and we're looking at right around 300 applicants."

Although they have seen fewer applicants, DMPD staffing levels are still good, according to Parizek. However, he said it's a trend that cannot go on forever.

Mark Rehberg, Lieutenant for the Clive Police Department, said in addition to fewer people applying for their jobs, they "are competing with more than a dozen other agencies in the metro for the same applicants, which also exacerbates the issue."

The Urbandale Police Department is hoping to stand out among the various departments by offering a $5,000 incentive for officers who are already certified.

Pickett with Urbandale PD noted said though they are looking for officers to fill open positions, they are still able to perform their regular functions and serve and protect the community.