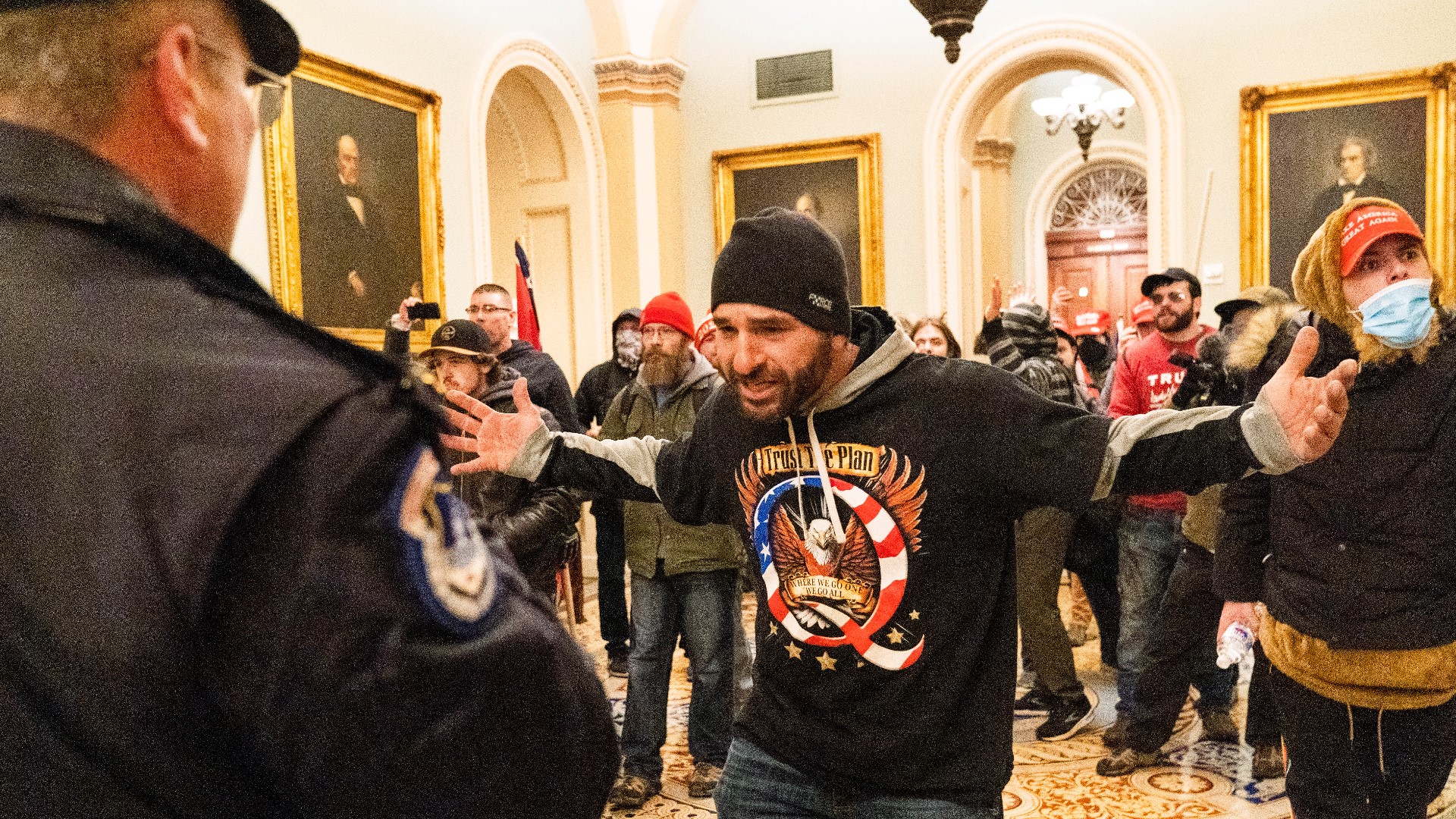 WASHINGTON — Police in Washington and the FBI are asking for the public's help identifying individuals who stormed the United States Capitol Wednesday during a violent riot.

In the image below from Washington D.C. Metro Police, you can see a man wearing a black Qanon t-shirt over a gray sweatshirt. The man is listed as a person of interest for unlawful entry.

The man appears to be Doug Jensen, whose Facebook profile says he lives in Des Moines. Pictures he posted show him wearing the same shirt, sweatshirt and beanie cap on his head.

Credit: WOI
Doug Jensen's Facebook profile (L) shows him at the US Capitol on Wednesday, Jan. 6; Metro Police has since released images of persons in the breach

Jensen's page is filled with public posts espousing Qanon conspiracy theories, and he even posted several times about "the storm coming to Washington D.C."

According to court documents obtained by Local 5 and cross-checked with information on Jensen's Facebook profile, a man with the same name does reside in the city.

Local 5 has made multiple attempts to reach Jensen for comment.