Iowa farmers are expected to produce 2.48 billion bushels of corn this year on 13 million acres harvested, according to a USDA report. 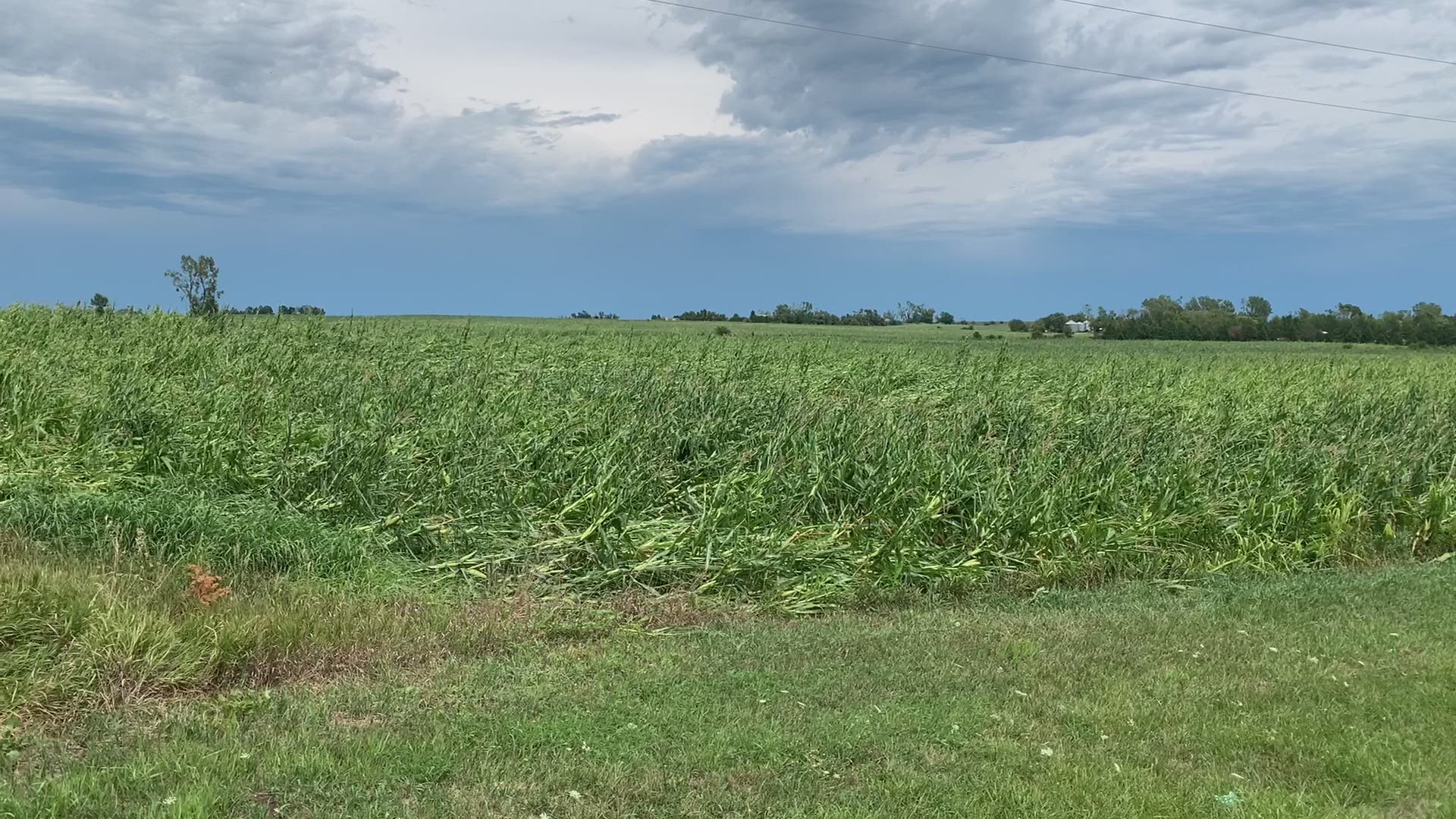 The U.S. Department of Agriculture has estimated that 550,000 acres of Iowa corn will not be harvested this fall due to damage caused by the Aug. 10 wind storm that swept across the state.

That estimate in a report released Friday places the value of the lost corn crop based on the yield and price anticipated before the storm at around $344 million. Corn prices have gone up due to the crop losses so farmers will likely get more money for the corn they do harvest.

Most farmers also have crop insurance to cover some of the loss and other federal programs may help.

The storm, which cut through Iowa with winds reaching 140 mph, also damaged full storage bins at farm cooperatives and on farms, taking out grain stored from last year's harvest.

Iowa farmers are expected to produce 2.48 billion bushels of corn this year on 13 million acres harvested, the USDA report said.

Soybean acres were not reduced due to the storm and production is expected to be 503 million bushels.

Nationally, the corn crop is anticipated to be 14.9 billion bushels, down 378 million bushels from last month's pre-storm estimate, but still the second highest production on record for the U.S.

The expected national average yield of 178.5 bushels per acre will be a record high if realized.