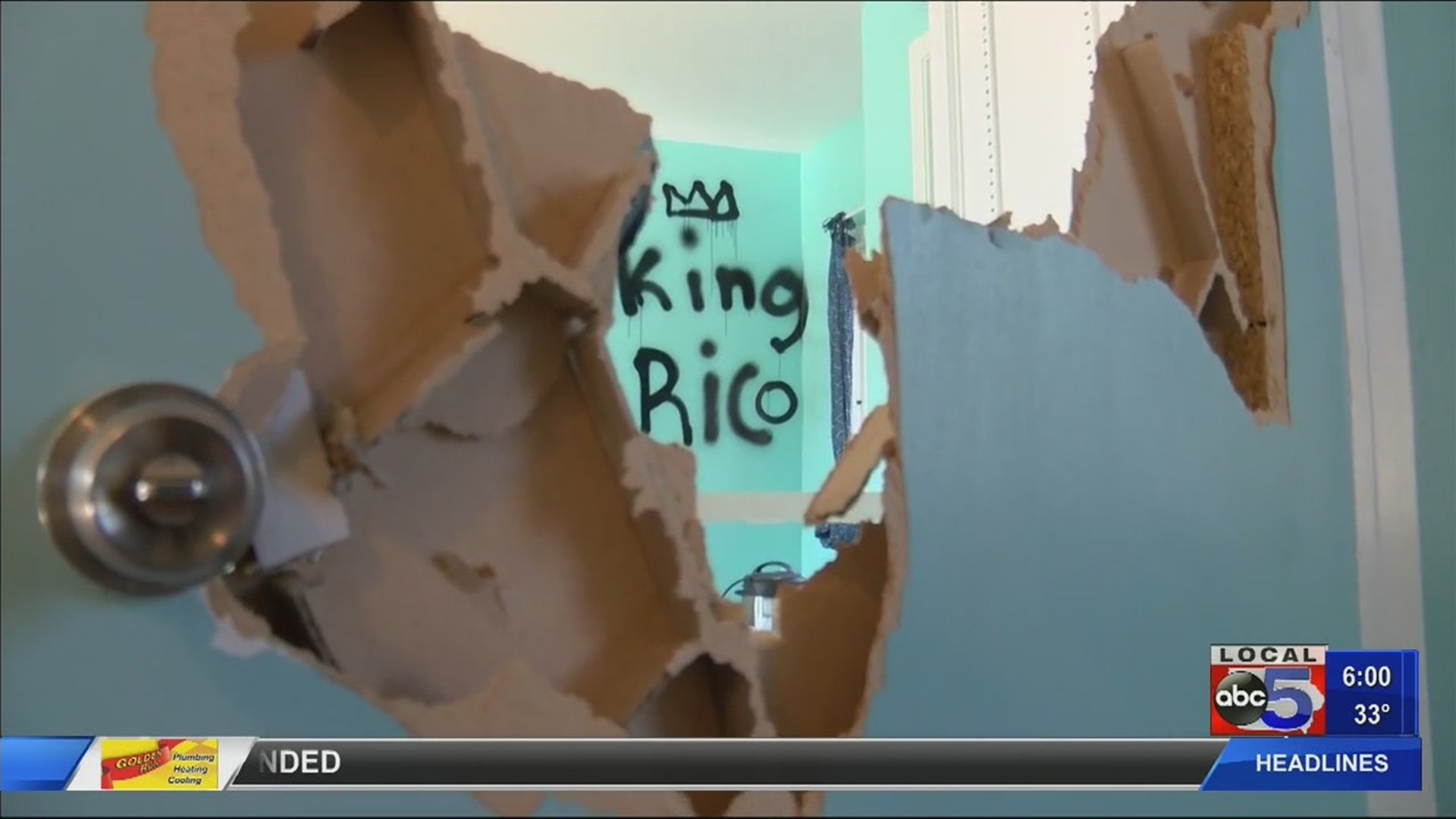 DES MOINES — A non-profit that serves domestic violence survivors is now the target of vandalism.

Almost every wall is covered with graffiti in their community center.

Most of the walls we can’t show you because of the profanity.

“The attic is there so we know that the attic was, also, broken into.”

Hieu Pham, Assistant Director of the non-profit, said there was thousands of dollars worth of damage.

“There was a knife that was used to cut up our couch. The knife, itself, the blade was burnt. There was people urinating all over the floors. I think we smelled fecal matter.”

There’s not going to be much cleaning the graffiti off the wall because permanent spray paint was used. They’re going to have to paint the entire wall.

“I think, obviously, the damage that was done is from a bunch of kids,” Sgt. Paul Parizek with the Des Moines Police Department said.

“I think this is an example of kids having just enough knowledge to be dangerous and get some things on a wall that might spark something.”

Back at the community center, “it felt a lot more vicious than just the spray paint.”

Pham said this isn’t going to stop the community from using this space.

“Just rally together and processing this we will move on.”