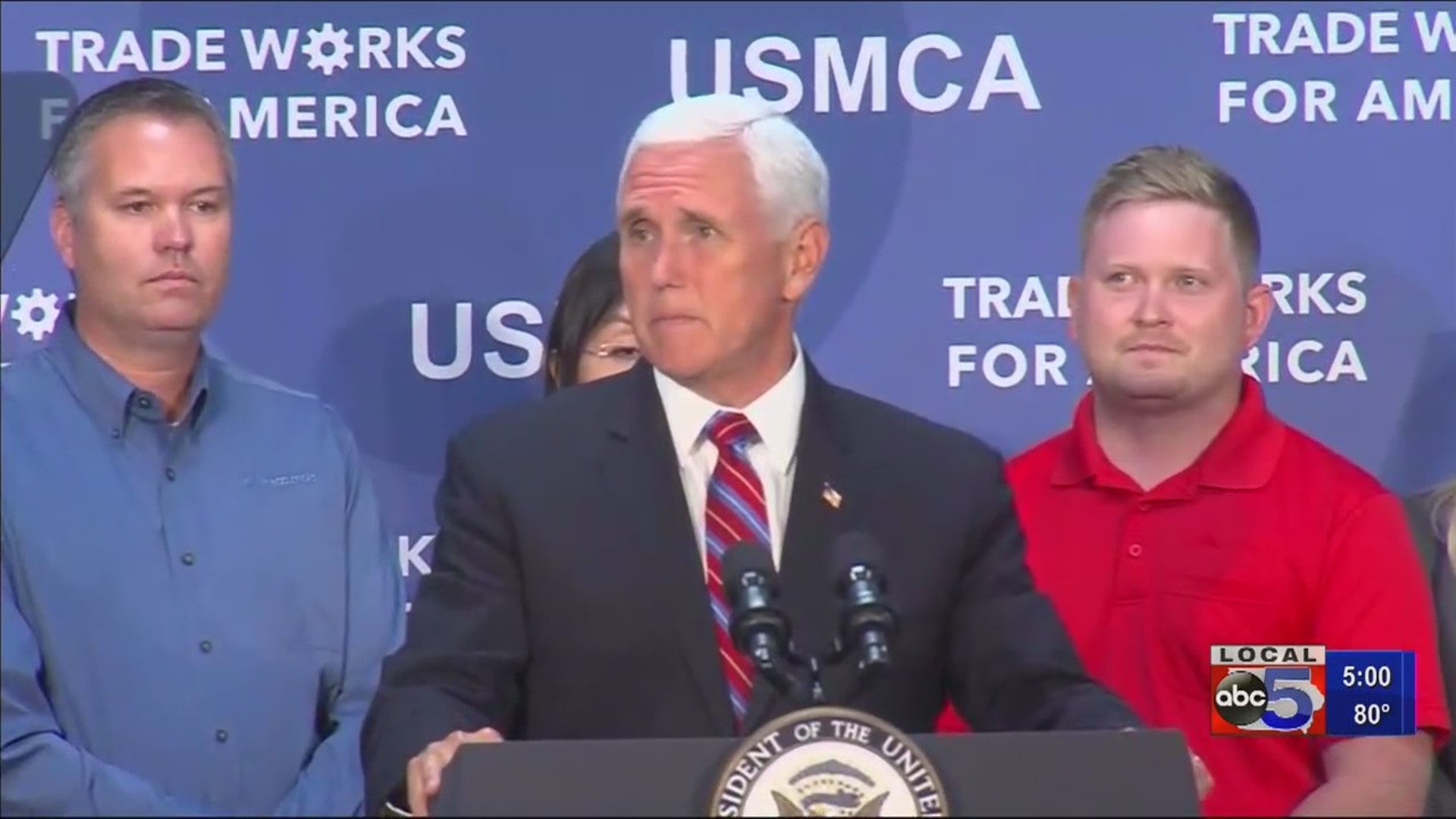 “Iowa exports about $12 billion in goods and half of that is exported to Mexico and Canada,” Pence said. “Under the USMCA, I promise you Iowa, that’s only going to grow. It’s going to create more jobs, more opportunity and more prosperity.”

The time has come for the Congress of the United States to pass the largest trade deal in American history. Hardworking Americans like the men and women of Accumold in Iowa deserve a fair trade deal and the #USMCA is just that! pic.twitter.com/NEPB1gtt6e

U.S. Rep. Abby Finkenauer, D-Iowa, sent the following statement to Local 5 News about her thoughts on the United States-Mexico-Canada Agreement:

“Whether it’s USMCA or the trade war with China, Iowans need stability. As Chair of the Rural Development, Agriculture, Trade, and Entrepreneurship subcommittee, my priority is to bring Iowa voices to Congress. This Thursday, I’ll be holding a hearing on the future of agriculture in our state to hear from Iowans about how we can support the next generation of farmers and producers. When it comes to trade negotiations and getting things done, I continue to tell US Trade Representative Lighthizer and the White House that we need deals that protect our workers and farmers. With the USMCA, I’m happy to see conversations continue and was disappointed that the President did not lift Section 232 tariffs until May and then create further distrust by threatening tariffs on Mexico. We cannot afford that. I’m hopeful that we can pass a deal that’s good for our farmers and working families and that Congress and Trade Representative Lighthizer continue to work together in good faith. We need stability from the White House in this process.”

“I have been closely monitoring the negotiations of the USMCA since the proposal was first announced. Throughout this process, I have been committed to ensuring the advancement of Iowa’s agriculture and manufacturing sectors. We must ensure that jobs in Iowa are protected under any new agreement. I strongly believe that U.S. trade agreements must promote our principles, benefit our economy, create American jobs, and protect American workers and Iowa families while upholding our country’s independence on the world stage. Iowa’s businesses and workers are at the heart of our state’s economy, and I will continue to work to make sure they are not put at a disadvantage.”

USMCA would serve as a replacement to NAFTA, which gradually eliminated tariffs on goods produced and traded in North America.