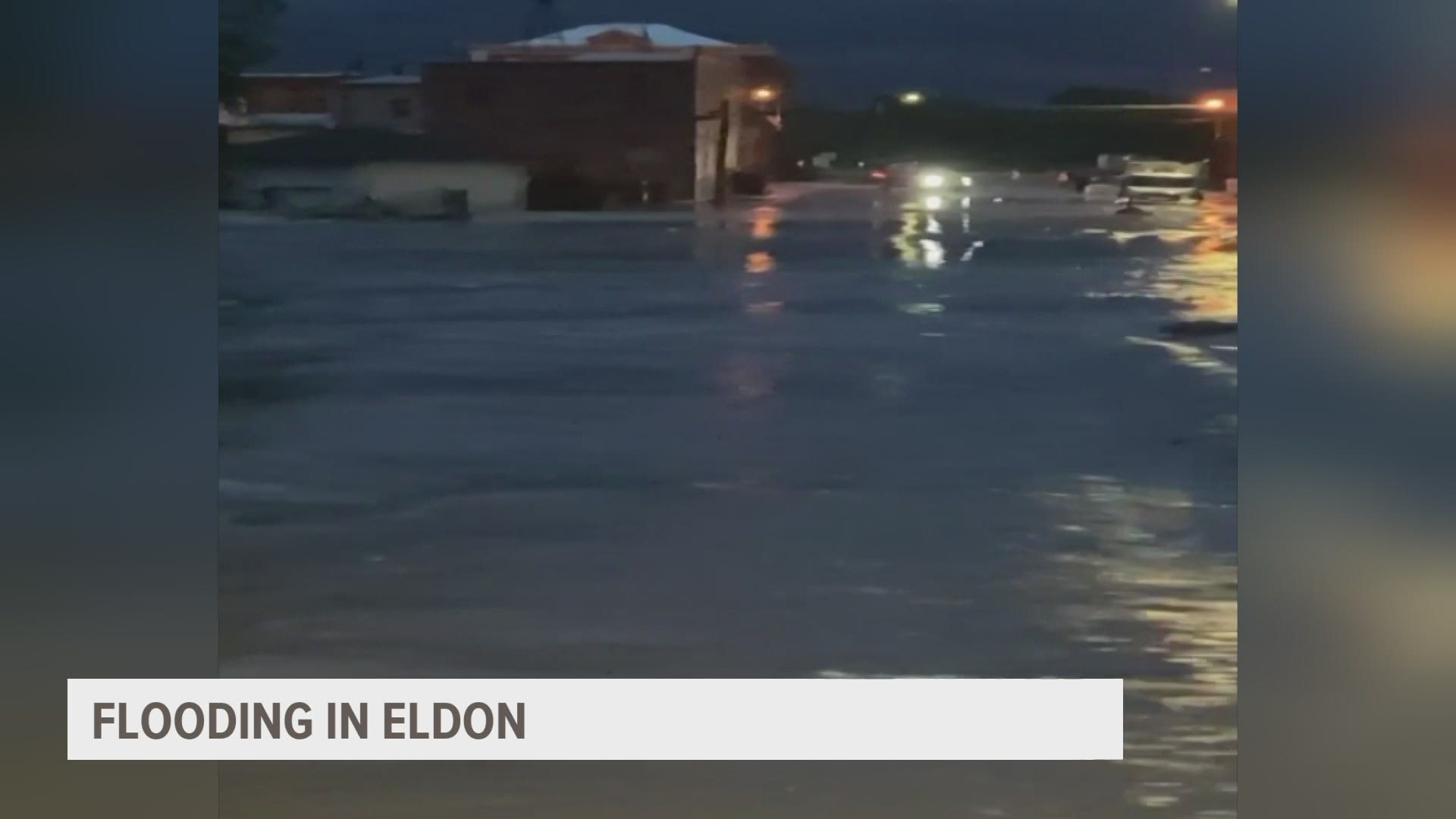 ELDON, Iowa — Streets washed out, tree limbs over the road, and a flooded city hall are what Eldon residents woke up to Friday morning after a storm moved through the area overnight.

Mayor Jerry Lee Potts told Local 5 two bursts of rain, including one storm around 10 p.m. in which about 7.5 inches fell, overran a creek in the center of town, overwhelmed the sewer system, and spilled water throughout the community of roughly 1,000 people.

Potts said the basement of city hall was so flooded that assessors still hadn't had a chance to get inside and survey the damage as of 8 a.m. on Friday. Potts also reported multiple streets were flooded out and that cars were swept into the creek.

Eldon, best known as the home of the American Gothic House, sits on the banks of the Des Moines River.

Residents sent pictures and video to Local 5 of the storm damage and flooded streets.

Some roads near Blakesburg were washed out, causing traffic issues in the area.

The above photo shows a washed-out road on 64th Street northeast of Blakesburg.

Eldon residents lost power overnight for a few hours due to the storms, but power has since been restored.

A Flood Warning is in effect for multiple counties in southern Iowa including Wapello County. More flash flooding is possible for southern Iowa later today and tonight.

Watch more local stories on the We Are Iowa YouTube page.