Training to save lives: How Des Moines firefighters prepare for water rescues

Monday's wind brought the perfect conditions for these first responders to train for water rescues. 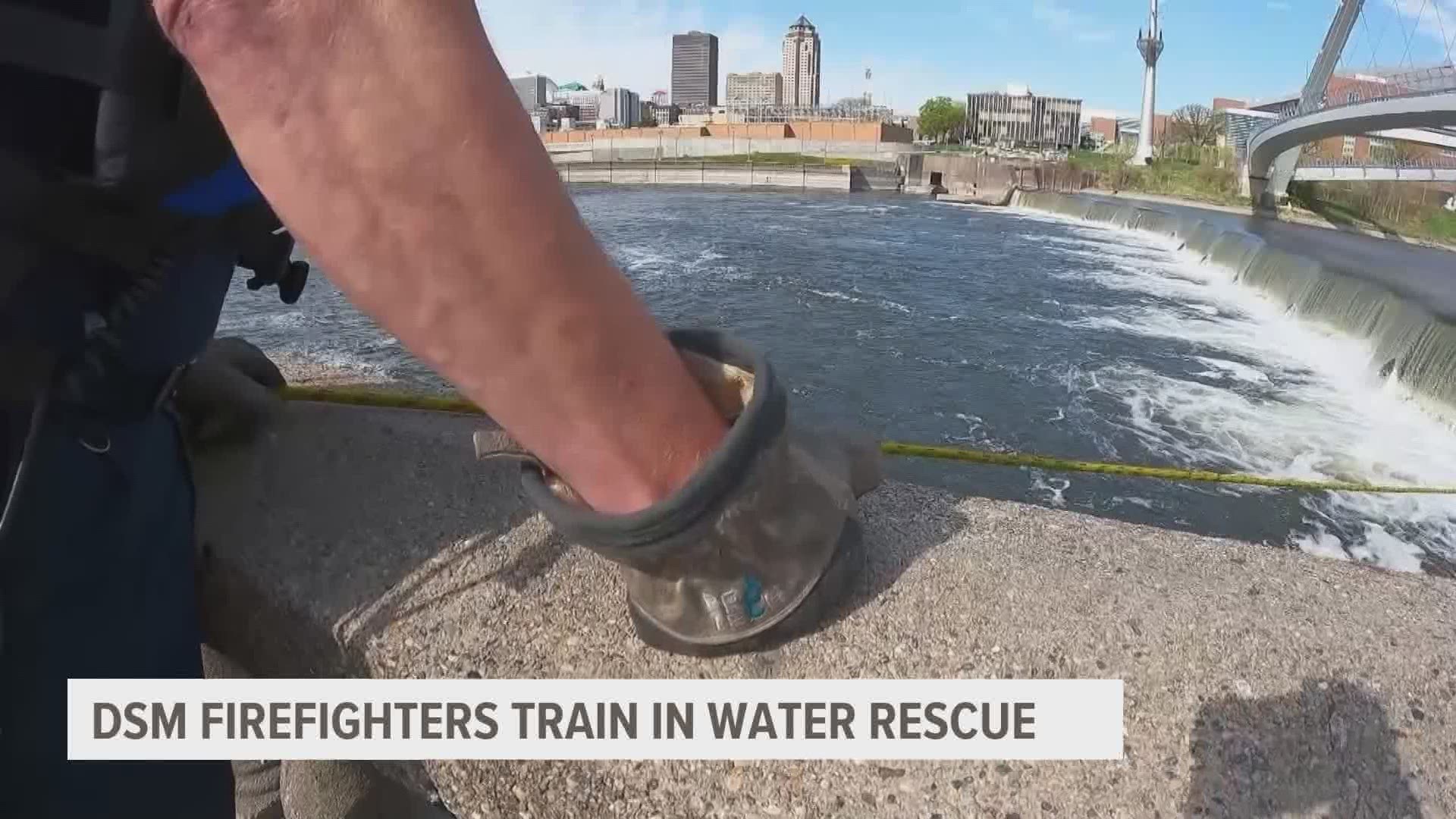 DES MOINES, Iowa — Even though Monday's wind may have deterred folks from being outside, firefighters in Des Moines took advantage by training to save lives at the Center Street Pedestrian Bridge.

In Des Moines, firefighters are required to train for water rescues.

Every year, firefighters are deployed at least 18 times for a water rescue. Obie Meyers, a senior fire medic, has rescued someone on the very bridge they trained at.

“I think my favorite thing about water rescue is that when they call you somebody’s already in trouble so every second counts," said Meyers.

Firefighters are trained by lowering and pulling a ring buoy from the water in gusting winds.

“Trying to pull that ring buoy up against the current is kind of deceiving how fast and how strong that water actually is until you’re actually in the situation," explained firefighter Kevin Farrell.

Farrell has been a firefighter for two years and has never had to do a water rescue. One of his biggest fears is not being successful.

“No one ever wants to walk away from a situation like this and say it didn’t work out," he said.

Meyers explained that if you do find yourself in the water there are some things you can do to help yourself until help arrives.

“If you find yourself in the water, if it’s water with a current, point your feet downstream to protect yourself that way you can see any hazards that would be coming at you," said Meyers.

It may sound obvious, but Meyers also said to try and stand up when you're in the water. Of course, you should always wear a life jacket when you're near a body of water.