Many residents saw around a $200 increase on their energy bill for the month of February. 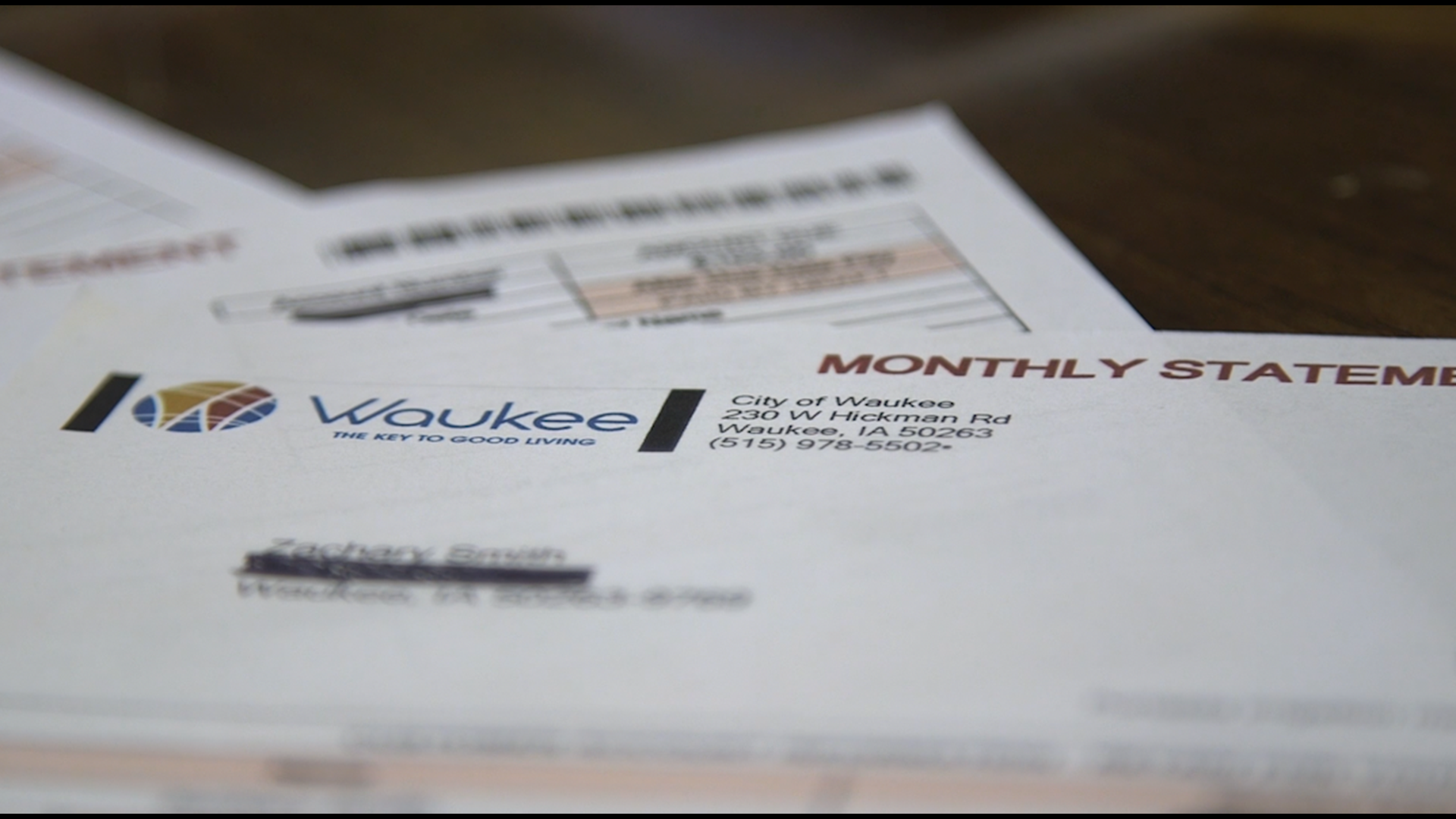 WAUKEE, Iowa — Heather Smith and her husband have seven children living on a single income. She said they're on a really tight budget.

"We live pretty much paycheck-to-paycheck right now," said Smith. "Any kind of increase is going to affect us."

So it was an unwelcome surprise when she got her utility bill for last month. Her bill for gas was $175 higher than it was the month before.

"That extra expense is not something we were expecting at all," Smith said.

Over the weekend on Facebook, the City of Waukee acknowledged most residents would see about a $200 increase in their utility bill, adding that the Council would vote on $50,000 in assistance to help low-income families pay for the increase.

Monday, the funding was approved.

However, residents say it's just a short-term solution.

Ron Marr, a Waukee resident, spoke up at the Council meeting which was held over Zoom.

"I've looked back over my records for about nearly a year," said Marr. "I'm really concerned whether the City is using the right natural gas purchasing people. These numbers are so far distorted."

Marr noted how over the past year, his parents, who live just a mile away and pay utilities through MidAmerican Energy, were charged a fraction of the gas price he pays through the City of Waukee.

Mayor Courtney Clarke says the City is reviewing their hedging strategies and "all facets" of the utility process.

She's currently on budget billing, which means she pays a fixed amount each month, to balance out the highs and lows in prices that occur throughout the seasons. Periodically, it's reviewed and adjusted to a new fixed price.

Smith says approving the funding is a step in the right direction but says the City should work toward a long-term solution.

"Fifty-thousand dollars for one month is just a short-term solution, and this is a potential long-term problem," she said.