While the parade is months away, the band is already perfecting its skills before it taking part in this once-in-a-lifetime opportunity. 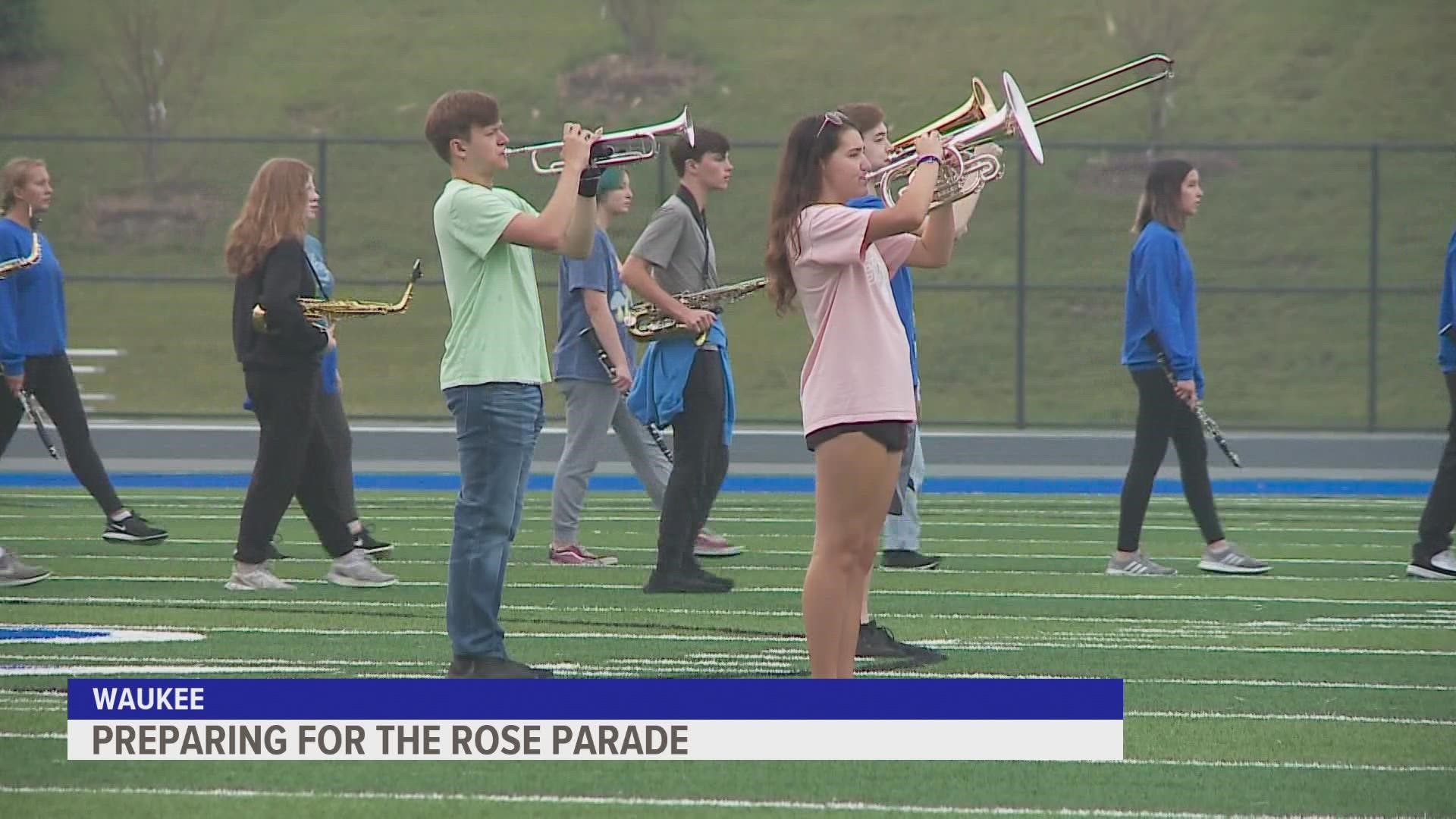 WAUKEE, Iowa — Waukee's high school marching band is finally heading to the Rose Bowl Parade on New Year's Day 2022 after the last event was canceled in 2021 due to COVID-19.

The Waukee Warrior Regiment will march in the Rose Parade in Pasadena, California on Jan. 1, 2022.

While the parade is months away, the band is already perfecting its skills before it taking part in this once-in-a-lifetime opportunity. The band will perform for nearly 45 million people during the 133rd annual parade.

The band tweeted photos on Sept. 29 of its trailer being marked with the Rose Bowl logo.

RELATED: Here's how schools make sure students' lunches are healthy

Something exciting is starting to happen pic.twitter.com/bunoxEawBh

Students already have a little extra pep in their step for the big day.

"You can tell the kids are starting to really put forth a little extra effort. You know, band kids, I always say band kids are the best kids in the world," said Jeff Paterson, director of the band. "And as far as hard work and dedication and discipline, and they're just... they're ready to go."