A criminal complaint says Zac Brooks admitted to kicking and throwing things at his dog because he was upset. 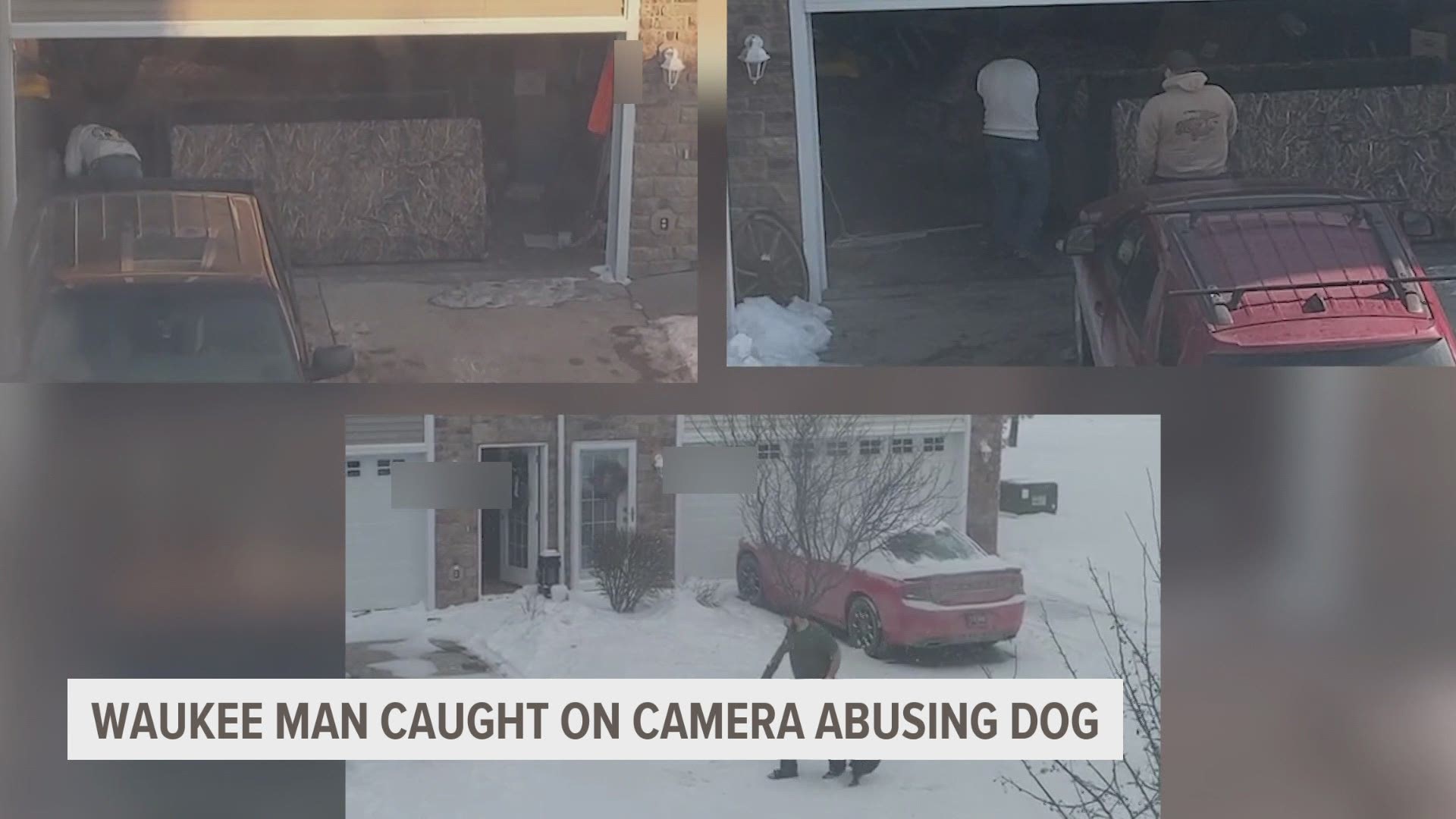 WAUKEE, Iowa — A Waukee man has been charged with animal neglect after three videos of him dragging, kicking and throwing things at his dog made their way through social media.

The videos show Zac Brooks, an outdoor guide, dragging his dog Echo into a house by the collar, kicking in the direction of Echo, and throwing a piece of plywood at Echo.

Brooks has lost his sponsorship as an outdoor guide due to the charge against him.

In the criminal complaint against Brooks, he admitted to kicking and throwing things at Echo multiple times.

On Saturday, the day the complaint was filed, Brooks admitted to kicking Echo for chewing on his $500 hunting blinds, according to the complaint.

The complaint says Brooks' girlfriend yelled at him to stop kicking the kennel and then took her kids and left the house for the day.

"Unfortunately, I have to say, that he looked rather calm on one of the videos where he's lifting the dog by the caller and throwing it in the house," said Tom Colvin, CEO of the Animal Rescue League of Iowa. "That says to me this is not a remorseful spur of the moment kind of an anger situation. In the other two videos, he looks angry in one and the purpose of throwing a heavy item at the dog is confusing. If this was training, that isn't training. That's not training."

"I'm overjoyed with the passionate support of individuals and organizations concerned about the welfare of Echo - which was my sole motivation in reaching out on social media.  I completely understand the frustration at the lack of removal of Echo from the home, and the anger toward those who injure animals, but I'd like to remind everyone that this still involves a family, with children who are just as innocent in this situation as Echo.

I'd ask that everyone channel that energy toward advocating for getting Echo to a safer home, and not tracking down the abuser or posting specific location information.  I've seen several different addresses listed in comments on the various sites, and even had my family members' names mentioned in the frenzy. This does not help the situation, and can create potentially dangerous situations for those not involved - and those who are trying to help."

Colin Grace, the ARL's legal director, said they believe House File 737 will help them get Echo out of the home. Last spring, lawmakers determined owners can face charges for abusing their own animals.

For years, Iowa's animal abuse laws have not been up to par.

“The underlying cause is that our laws still don’t do enough. I think there’s some cautious optimism that we might be able to remove this puppy under the laws we do have and given the overwhelming amount of evidence there is," said Bergman.

The Dallas County Attorney, Chuck Sinnard, was contacted about this case. Bergman said Sinnard believes Echo will be removed from the home.