The Waukee Police Department says 13-year-old Gideon Tarr has been found and is safe. 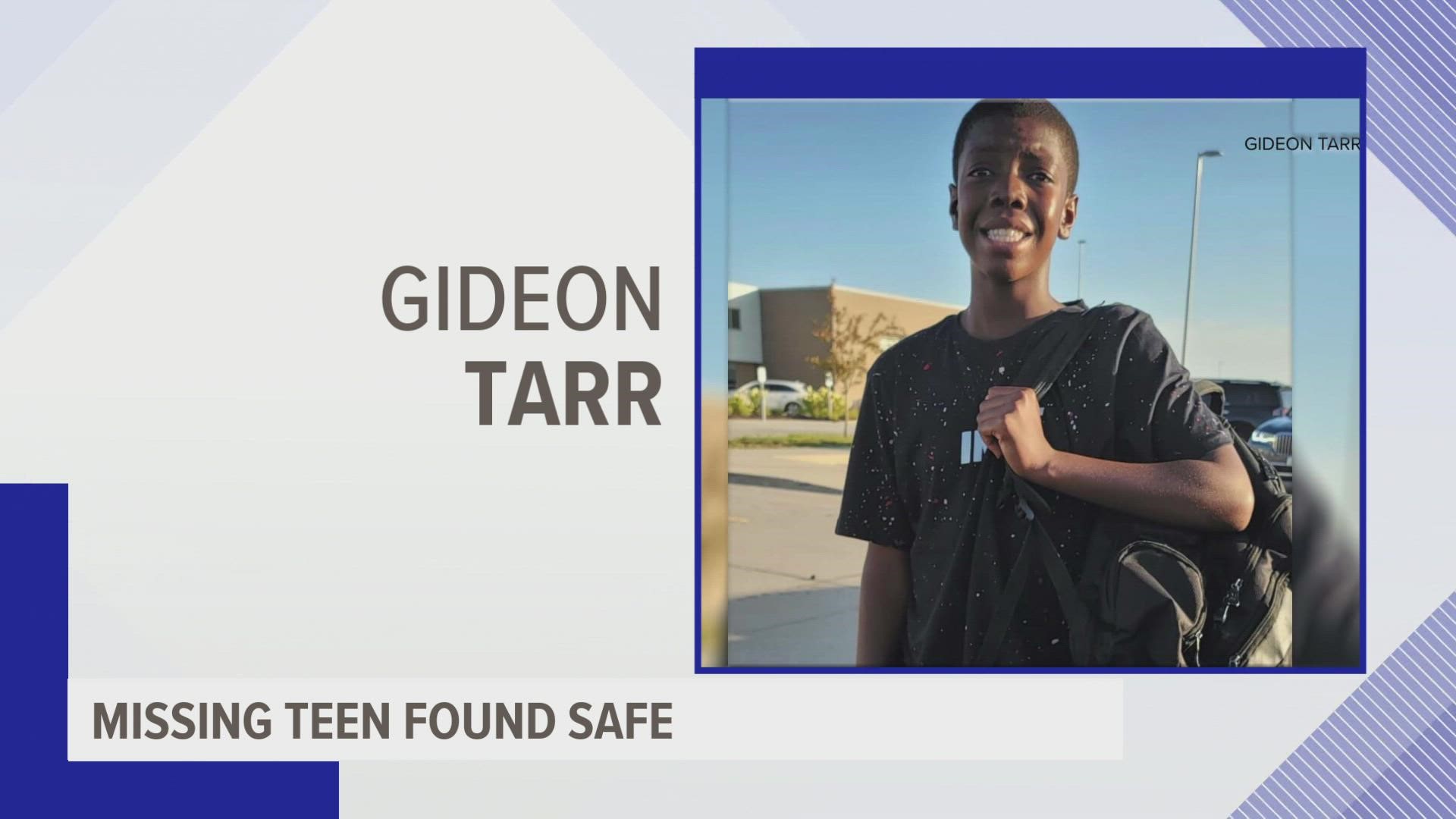 Gideon Tay Tarr has been found and is safe, according to the Waukee Police Department.

Police said Gideon left his home on foot between 8 and 10 p.m. Saturday. He was last seen by his mom and was wearing a navy blue t-shirt and dark basketball shirts.

The Waukee Police Department is seeking the public’s help in locating 13-year-old Gideon Tay Tarr. Tarr was last seen by...

Watch: From Mollie to Xavior, here's how Mollie's Movement is trying to bring missing people home