What is the last day Iowans can send in their mail-in ballots?

A claim going around social media says mail-in ballots have to be sent in by October 20. That claim is wrong, but it may not be a bad idea to mail it early. 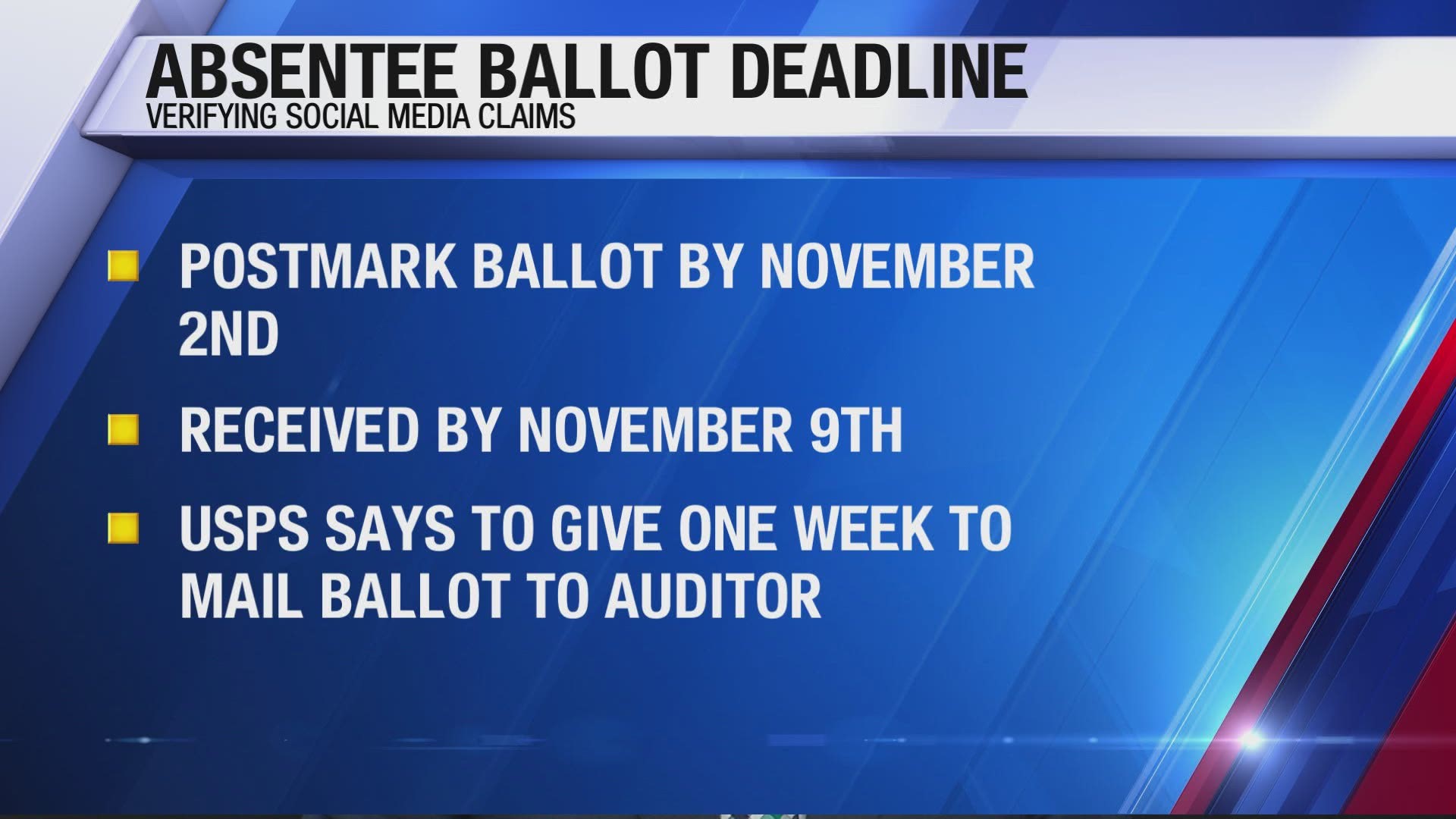 DES MOINES, Iowa — There's been a post going around social media saying all mail-in ballots must be sent in by October 20, or your vote won't count.

That is wrong. You have more time than you think.

However, the United States Postal Service does recommend requesting ballots no later than 15 days prior to Election Day.

They also recommend all domestic, non-military voters allow a week for the auditor to receive the ballots.

The Postal Workers Union said they want people to know they're doing their best to be fast and efficient, but there are steps to take to help them out.

"Personally, I would do it just like Christmastime," said Mike Bates, President of American Postal Worker's Union Local 44 chapter in Des Moines.

"You want to make sure your Christmas card gets to your uncle or your aunt or whoever; you always plan ahead. I would always put it a couple weeks out just to make sure.  It really depends on where it's going.  If it's within the state it's usually a day, but I wouldn't bank on that."

Polk County Auditor Jamie Fitzgerald says as long as they receive it by November 9, your vote will count.

RELATED: How many seats Democrats, Republicans need to win Congress

RELATED: VERIFY: You should mail ballots in at least 7 days before election day