When will the power come back on? MidAmerican Energy says it could be days

The widespread damage of the storm is putting a strain on energy crews across Iowa. 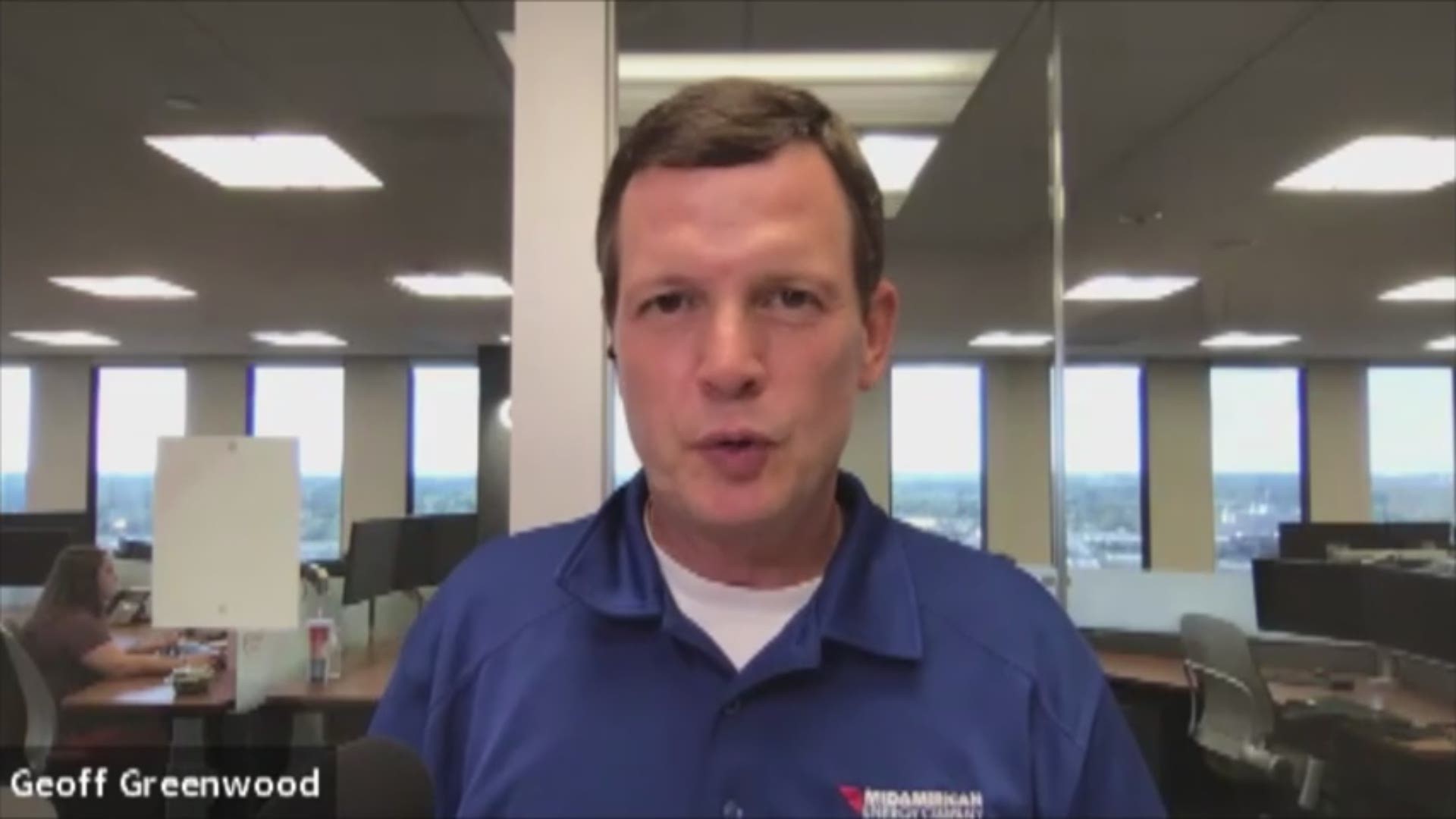 After hurricane-like winds roared through central Iowa and moved east on Monday, thousands of Iowans had their power taken out. MidAmerican Energy crews and other utility workers quickly dispatched to the hardest-hit areas, working their way through the downed power lines and trees blocking the road.

"We've never had a storm that's impacted our system like this one had," said Geoff Greenwood with MidAmerican Energy. "We are responding to a very wide area of damage of customers who are out."

At the storm's peak, 250,000 Iowans were without power on Monday. In the Des Moines area alone, about 132,000 customers got knocked off the grid.

Currently, the best way to report an outage is through our website https://t.co/cZZOAXuCq2 or by calling 888-427-5632. Our crews are continuing to work as safely and quickly as possible. We appreciate your patience as we work to restore power and make repairs. pic.twitter.com/BPm1BvtVzx

Cleaning up tree limbs today? Stay FAR away from downed power lines and assume anything it's touching is energized. More after storm #safetytips here: https://t.co/5DxtcjxrFC pic.twitter.com/lSx9THQ3zK

"It did damage to our system. It did damage to trees, trees down on our lines, other trees blocked the roads. This is causing a real challenge for our crews for a number of reasons. The sheer number of customers, its 'going to take a long time to get those customers back on."

Public safety, hospitals, and other types of services are the first priority to restore power during a time like this, according to Greenwood. The larger transmission lines are next to get attention because those impact the most people and a lot of people can get back on quickly.

"Then we work on those smaller and smaller lines so that we can get every customer back in service," said Greenwood. "You've gotta start somewhere, so some customers will be on sooner rather than later. But for some customers, it may be a few days until they get service."

MidAmerican has called in for help from 2,000 people to help restore power to its Iowa customers. Those include utility workers and tree trimmers. Greenwood reiterated again that it could be difficult to get all those people into the state and working around the clock because it's not just Iowa that's been impacted by the storm.

If you need to report an outage, MidAmerican encourages its customers to call or submit a tip online. You can go here to view the latest outages and see an estimated time when power will be restored.

RELATED: A closer look: What is a derecho?