Working to end puppy mills at Bark After Dark Gala 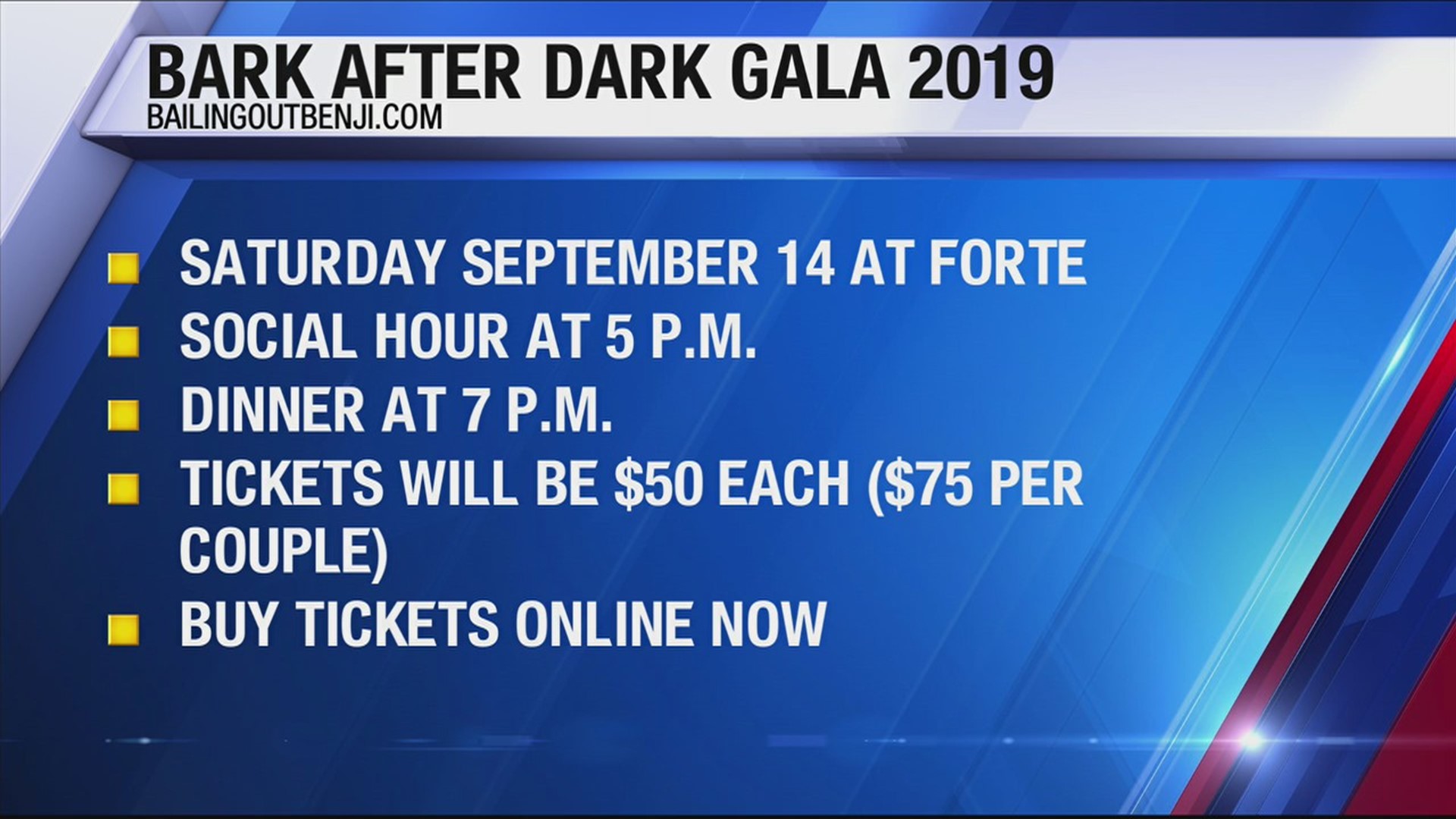 Proceeds from this semi-formal event will go towards the vet care for more than 1,000 puppy mill dogs saved by the non-profit over the last five years.

This morning we heard the story of Ruby and Iris, two dogs saved from puppy mills.

“They were puppy mill mommas, which is basically a commercial breeding facility that puts making profits over the well fair of animals,” said Ashley Stien with Bailing out Benji. “They were bred in a puppy mill for four years. They were in cages, they had not touched the grass, left their cages, or known veterinary care. I still can’t always pet them three-years later but as you’ll see from the stroller they’re living quite the pampered life.”

Tickets can be purchased online for $50 each or $75 per couple and include admission, dinner, dessert and an open bar. Attendees can also participate in a silent auction, raffle and purchase puppy art made by Ruby and Iris. Social hour begins at 5 p.m. at Forte with dinner being served at 7 p.m.