Officials got the call to Collins New and Used Tires on Hubbell Ave. around 5:20 Saturday evening. 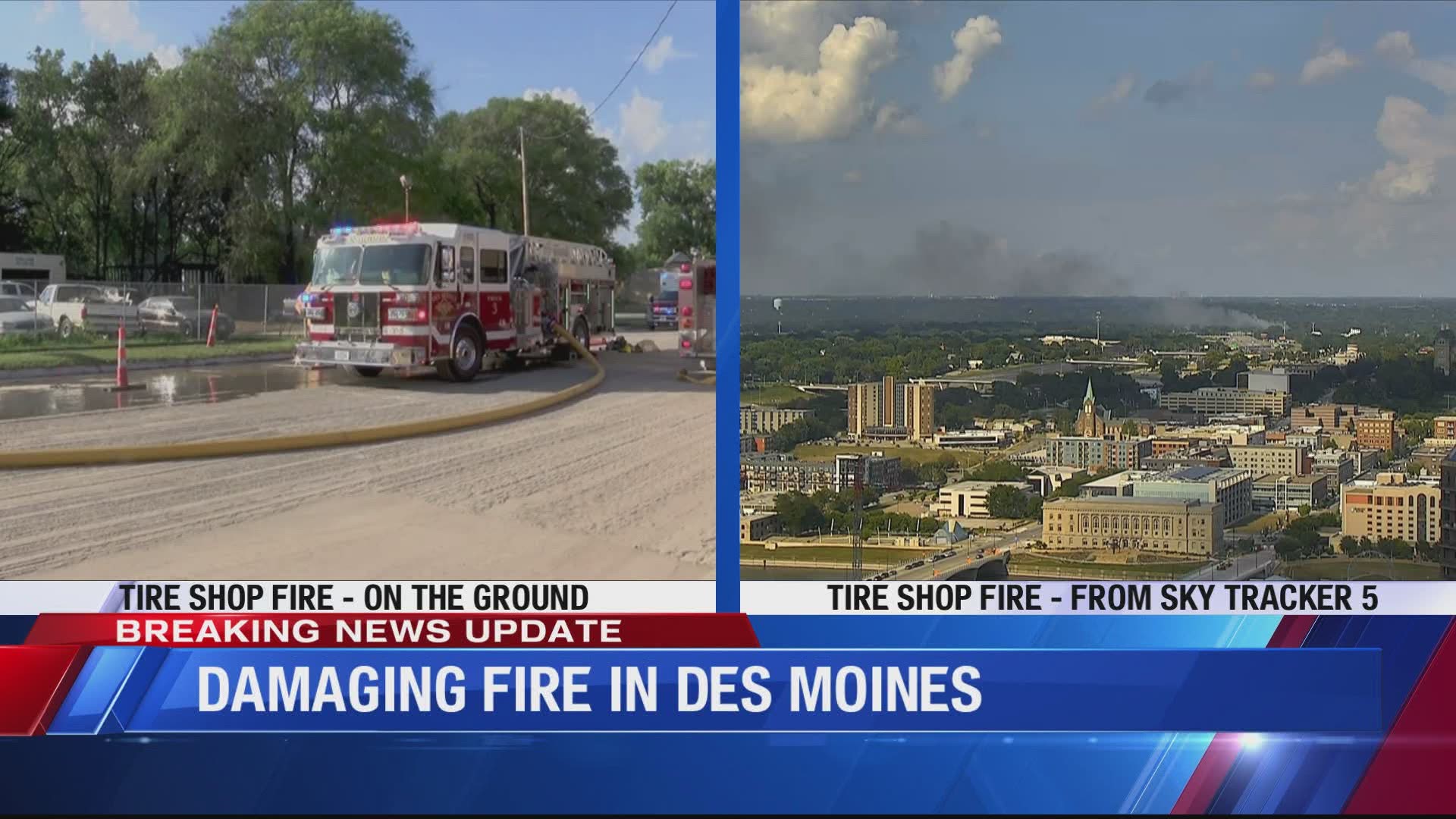 DES MOINES, Iowa — A fire is being battled at a tire shop in Des Moines.

At around 5:20 Saturday afternoon, firefighters responded to a call that Collins New and Used Tires, located at 2270 Hubbell Ave., was engulfed in flames.  Firefighters say no one was hurt in the fire.

The fire is fully-involved, and firefighters are using defensive, not offensive, tactics to put it out.

Correction: The fire is at Collins New and Used Tires, not at Yanga Tire #3 as initially reported. That was the initial information given to us by Des Moines Fire, with reporters correcting when they arrived on scene. We apologize for the previous inaccuracies.