Officer Eugene Goodman was seen on video using quick-thinking to protect the Senate chambers from a mob of Trump supporters. 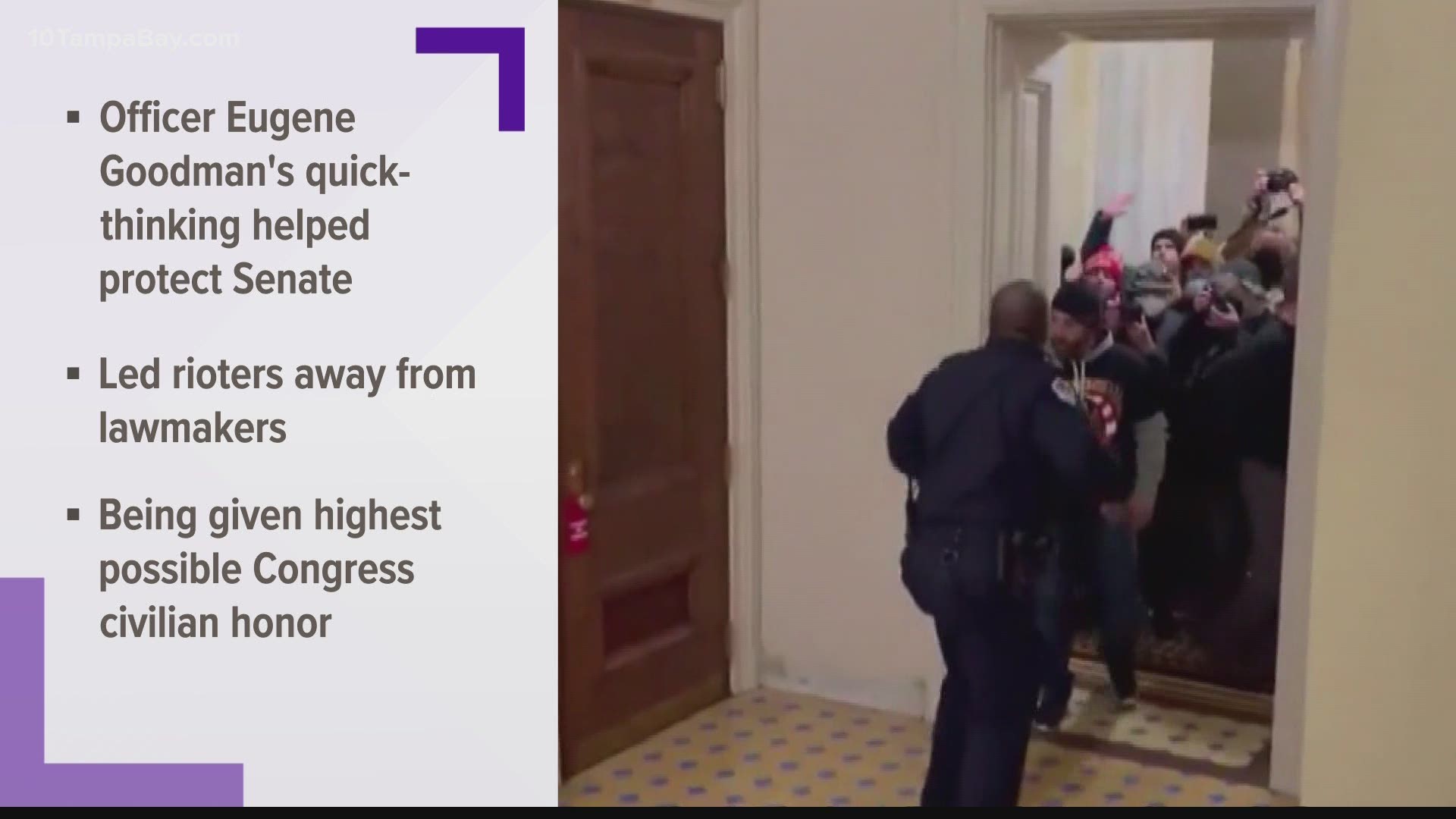 Goodman was seen in a now-viral video being swarmed by the mob and retreating up several flights of stairs. But, it's what he did outside an unguarded entrance to the Senate chamber that's truly powerful.

Photos and video show him pushing a rioter to provoke the angry group and lure them away from the Senate during a critical moment when federal lawmakers were not yet safe and locked down. 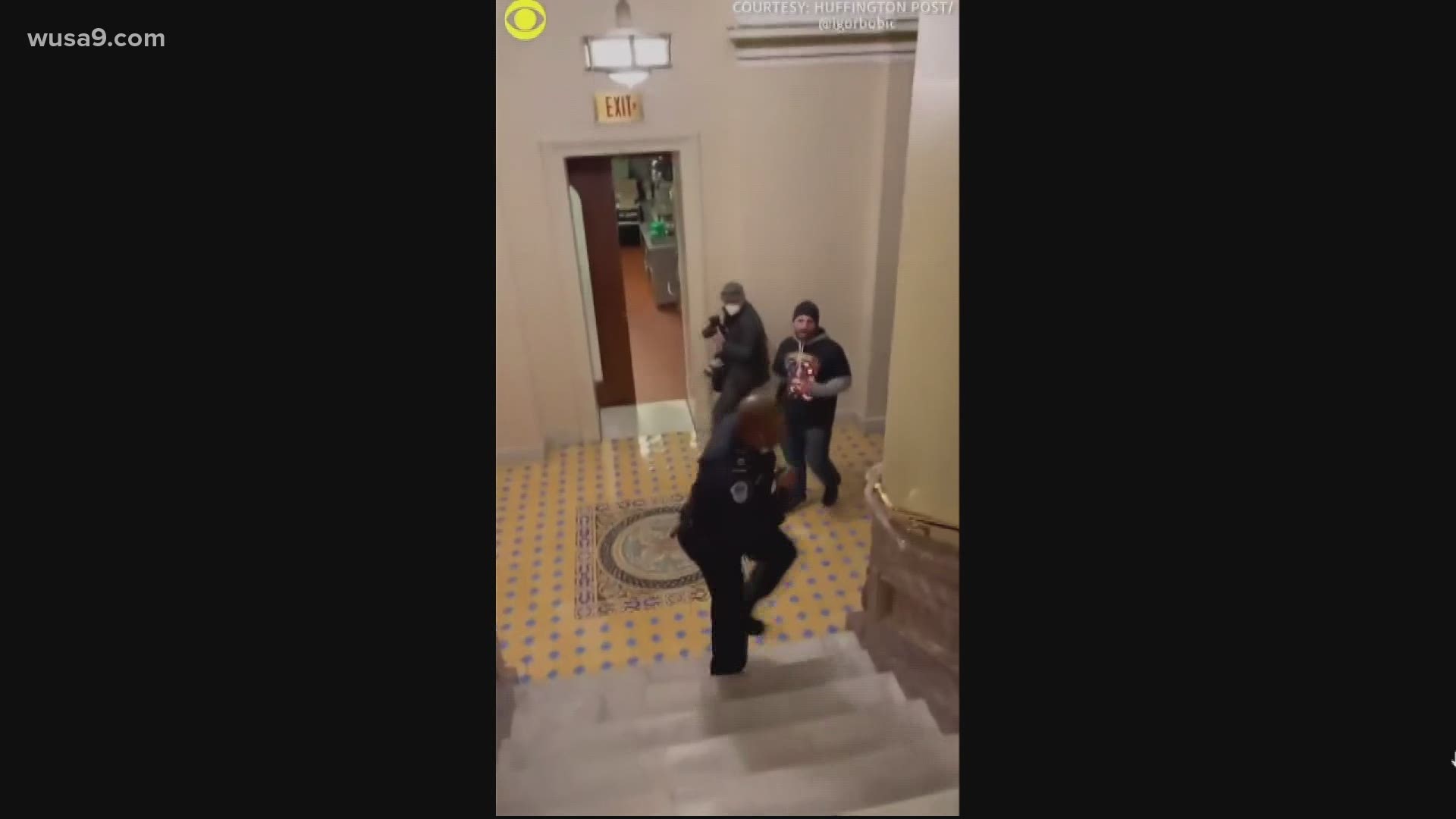 "The United States Capitol was under attack by violent extremists, and Officer Eugene Goodman was the only thing standing between them and the United States Senate," Crist's statement read.

"I shudder to think what might have happened had it not been for Officer Goodman's fast thinking and commitment to his duty and his country."

The Congressional Gold Medal is the highest award Congress can bestow upon any civilian.

Reps. Nancy Mace (R-South Carolina) and Emanuel Cleaver (D-Missouri) announced they would be co-sponsors on the bipartisan bill H.R. 305.

Capitol Officer Eugene Goodman put his life on the line last week to defend our Capitol. He is a hero in every sense of the word. For his bravery and quick thinking, I'll be introducing a resolution to honor him with a Congressional Gold Medal. https://t.co/15cpKawM7a

When Officer Eugene Goodman was the only thing standing between Members of Congress & the mob, he selflessly redirected their fury on himself so they could escape. @RepCharlieCrist, @repcleaver, & I urge he be honored w/ the Congressional Gold Medal. READ: https://t.co/iOC3dz6Tdw pic.twitter.com/utnOddD8JR