Coast Guard alters training for incoming class due to coronavirus

At the Coast Guard Academy, there will be no haircuts, no drilling, no running as a group and no lining up in the barracks for pushups because of COVID-19. 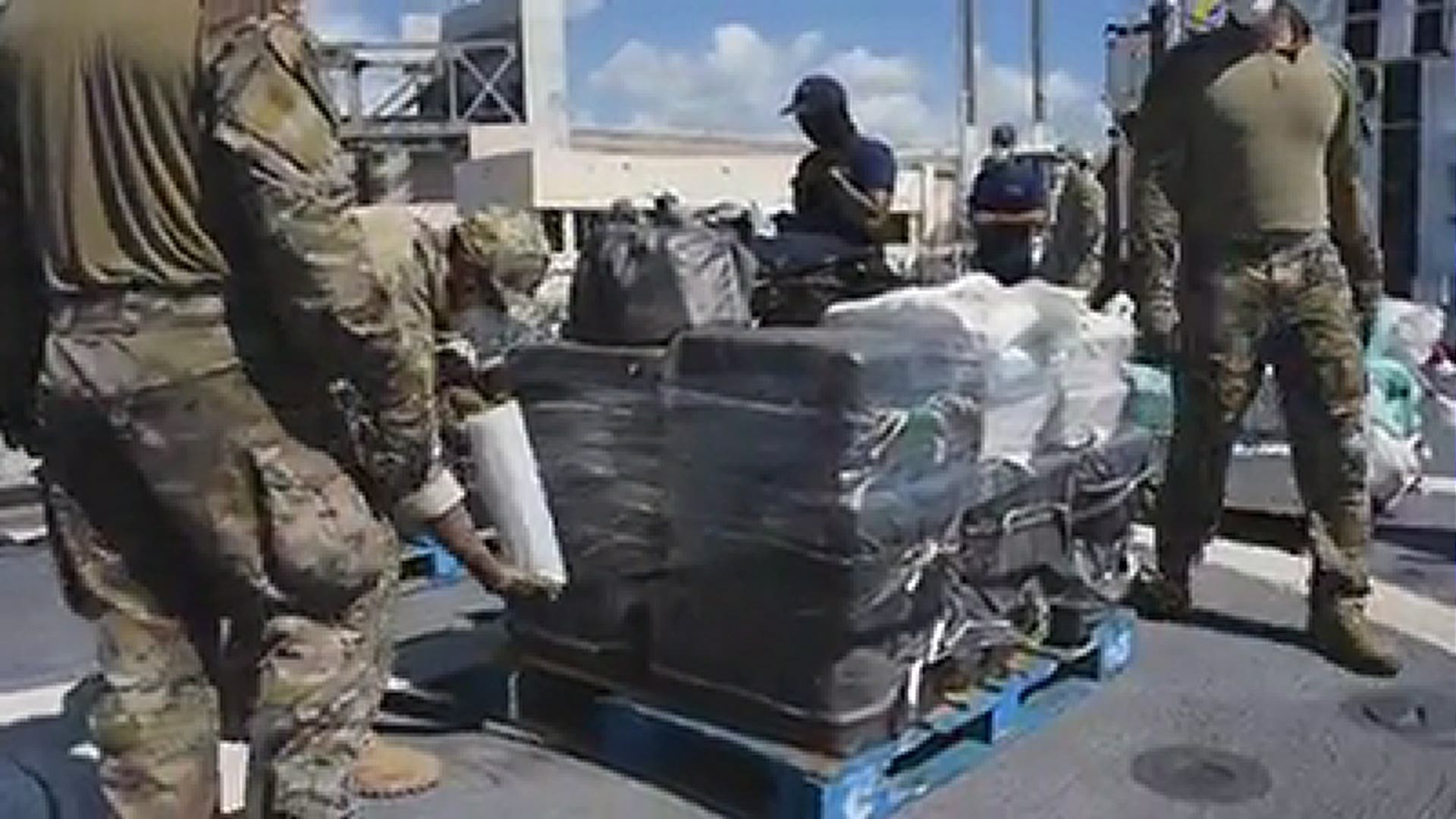 NEW LONDON, Conn — There will be nobody screaming in the face of 18-year-old Ellie Hiigel when she arrives Wednesday for training in advance of her first year at the U.S. Coast Guard Academy, and that has her mother a bit disappointed.

The school in Connecticut, like other service academies and military training centers, has made major changes because of the coronavirus pandemic. That means the eight weeks of boot camp for new cadets, known as "Swab Summer" will be much different from when Joanna Hiigel went through it herself in 1991 as a fourth-class swab, or even when Ellie's sister, Tana, went through it two years ago.

Ellie Hiigel and the 266 other swabs will be arriving not as one large group, but in eight separate platoons spaced out throughout Wednesday. There will be no haircuts, no drilling, no running as a group from place to place, no lining up against the wall in the hall of the barracks for pushups. They won't even be issued their uniforms. The big ceremony at the end of that first day on the parade field in front of their families also has been canceled.

Their contact with the third-year cadets who will train them, known as the cadre, will come from a social distance.

“They are going to be in quarantine for 14 days,” Joanna Hiigel said. “I hope they at least can get out for some exercise, because that's so important for their physical and emotional well-being. I don't know what that quarantine time is going to look like. That's my biggest concern.”

Coast Guard officials said those two weeks will be spent in the barracks on what is known as ROM — restriction of movement — status. The cadets will undergo coronavirus testing and the only thing they will be issued that first day will be a computer. They will spend the first part of Swab Summer online in their rooms, learning about their responsibilities and duties, along with the history and traditions of the Coast Guard and the academy.

The physical training will begin once the quarantine ends, with the screaming coming from a little farther away than in past years. It will conclude with what, in past years, has been a three-day sail aboard the Coast Guard’s tall ship, Eagle. But for members of this class, that will be divided into several single-day trips to allow for more social distancing on board.

Senior Dan Taglianetti, the Swab Summer company commander, said the training won't be any less rigorous. He said his group of cadre has been taught how to keep everyone safe, while making sure the swabs learn what they need to know.

“People will be organized in a certain way so they don't come into contact with each other,” he said. “But for the most part, the intensity will still be there. It just won't be as traditional with the proximity and masks and things."

Rear Adm. William G. Kelly, the Coast Guard Academy's commandant, sees a silver lining. He said the pandemic has forced him and his staff to think about why they normally throw swabs into the fire of training so quickly and whether they have given past classes too much to absorb at once.

Credit: AP
FILE - In this July 1, 2019, file photo, Whisky 2 company Cadre Jacob Denns, right, shouts instructions to swab Nicolas Fisher, left, of Pelham, N.H., on the first day of a seven-week indoctrination to military academy life for the Class of 2023 at the U.S. Coast Guard Academy in New London, Conn. The school, like other service academies and military training centers, has made major changes because of the coronavirus pandemic. That means the eight weeks of boot camp for new cadets, known as "Swab Summer," will be much different. There will be no haircuts, no drilling, no running as a group from place to place, no lining up against the wall in the hall of the barracks for pushups. (Sean D. Elliot/The Day via AP, File)

Pandemic-induced changes also were being made at the other, larger service academies, each of which has about 1,200 first-year cadets.

West Point officials have said they expect to complete about 80% of their normal summer basic training program, condensing it from four months to two. The Army also is mandating that masks be worn, social distancing followed when possible and has set up protocols to reduce unnecessary contact between cadets and trainers at the New York academy.

The Navy asked cadets to arrive in Maryland with their hair already cut to regulation. The plebes each received a temperature check and coronavirus test before being allowed onto campus last week. Their training, some of which will now be online, will began after 72 hours of isolation in the barracks waiting for test results.

At the Air Force Academy in Colorado, new cadets began training June 24. The processing for what is known as I-Day was moved into larger facilities to accommodate social distancing and the cadets learned to march while wearing masks and being 6 feet (2 meters) apart.

Back at the Coast Guard Academy, the summer has already been different for the approximately 1,000 second-, third- and fourth-year cadets, most of whom returned for mostly online training assignments in June.

Battalion Commander Noelle Greenwood said she was supposed to spend half the summer before her senior year interning in Puerto Rico, learning what life would be like after graduation. Instead, she has been in New London, overseeing summer programs, including Swab Summer. She acknowledges being a bit worried about missing out.

“I have expressed that to some of the officers and a few of my mentors here,” she said. “They have all told me that this experience this summer — managing a staff and then having to be adaptable and keep changing things and being responsible for such a large number of cadre and trainees — it will actually prepare me for the fleet."

Kelly said he expects the pandemic experiences of all his cadets, including the swabs, will also make them better prepared to serve in the Coast Guard.