Cubs combine for MLB's 7th no-hitter of 2021, tied for most in modern era

With more than half the season to go, Major League Baseball is on pace to shatter the record for no-hitters in a season. 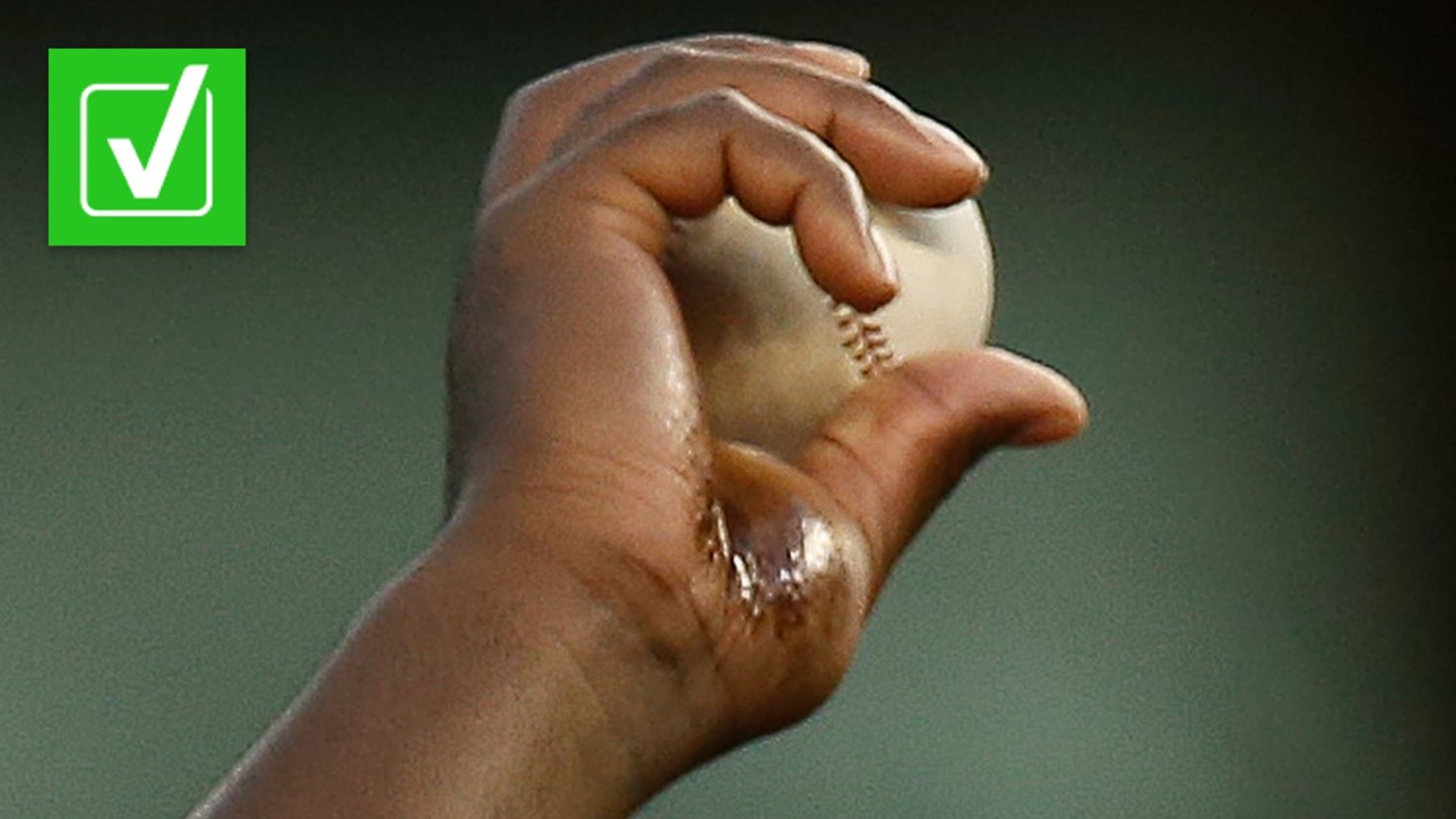 LOS ANGELES — Zach Davies and three Chicago Cubs relievers combined for the seventh no-hitter in the majors this year, blanking the Los Angeles Dodgers 4-0 Thursday night. It's the most no-hitters before July 1 in MLB history and ties the season record for the modern era, according to ESPN.

The Dodgers drew eight walks, getting at least one from each Cubs pitcher, but managed no other baserunners.

Davies (5-4) issued five walks and used 94 pitches to get through six innings against the defending World Series champions in the 16th start of his first season with the Cubs.

Chicago relievers Ryan Tepera and Andrew Chafin each walked a batter during their lone inning, but Los Angeles couldn't capitalize.

Craig Kimbrel then walked Chris Taylor leading off the ninth, but the ferocious closer struck out Cody Bellinger, Albert Pujols and pinch-hitter Will Smith to finish the 17th no-hitter in Cubs history — the team's first combined no-no.

Javier Báez homered in the first inning and Willson Contreras added a two-run shot in the sixth for the Cubs, who happily celebrated the franchise’s first no-hitter since last Sept. 13, when Alec Mills blanked Milwaukee.

The seventh no-hitter of this highly unusual season was the first since May 19. The Boston Red Sox also took a bid for a combined no-hitter into the eighth inning earlier Thursday, but lost the no-no and the game at Tampa Bay.

The Cubs actually did something that’s been much harder than throwing a no-hitter over the past two seasons: They beat Walker Buehler, who hadn’t lost in 23 straight regular-season starts.

Buehler took his first loss since Sept. 21, 2019, for the Dodgers despite throwing six innings of five-hit ball. Buehler made it through six innings for the 17th straight start, but lost his streak of 30 straight games overall without a defeat.

One night after getting swept by the San Diego Padres for the first time since 2013, the Dodgers were overmatched against the Cubs, who also swept a three-game series from Los Angeles last month.

The Dodgers hadn’t been no-hit since Aug. 30, 2015, when they were blanked in Chavez Ravine by the Cubs’ Jake Arrieta — who is scheduled to pitch for Chicago on Friday night.

Davies bounced back sharply after yielding a career-high eight runs in his last start against Miami. Those eight runs matched the number he had allowed in his previous six starts combined, and he regained his excellent form at Dodger Stadium.

Davies still had control issues in Chavez Ravine, however. He walked two batters in the first before getting Pujols to ground out to end it.

He walked the leadoff batter in the third and fourth, but avoided any other trouble. The fifth inning was his first 1-2-3 frame, and he retired the Dodgers in order in the sixth as well.

The Dodgers got closest to a hit in the first inning when Chris Taylor’s line drive to center was caught by Rafael Ortega.

Davies has never thrown a complete game in his seven-year major league career, which began with five seasons in Milwaukee before he moved to San Diego last year.

Tepera, the busiest reliever in Chicago’s solid bullpen, walked Gavin Lux with two outs in the seventh. Austin Barnes lined out to second to end another hitless inning.

Chafin walked Mookie Betts with one out, but Max Muncy hit a grounder right to first baseman Anthony Rizzo, who stepped on the bag and threw to second for an easy double play.

The most recent combined no-hitter in the majors was Aug. 3, 2019, when Aaron Sanchez and three Houston relievers blanked Seattle 9-0.

Buehler (7-1) took a no-hitter into the eighth inning last Saturday in Arizona, where he tied the Dodgers’ franchise record for consecutive regular season starts without a loss. He still made it through six innings Thursday for the 15th time this season, but he has still never beaten the Cubs.

Báez followed his 17th homer of the season by cupping his hand to his ear as he returned to the Cubs’ dugout, getting a loud chorus of jeers along with cheers from the Cubs’ sizable fan contingent in Los Angeles. Buehler recovered and stayed out of trouble until the sixth, when Contreras took him deep.

Chicago added another run in the seventh when Jason Heyward singled and eventually scored on Jake Marisnick’s single off David Price.

Dodgers: Mookie Betts returned from a bout of stomach flu and drew two walks. ... Justin Turner got a scheduled day off.

Travis Pittman contributed to this report.