The topline numbers are this: Biden’s plan calls for an additional $1.9 trillion in federal spending. The 10 GOP senators are calling for about $618 billion. 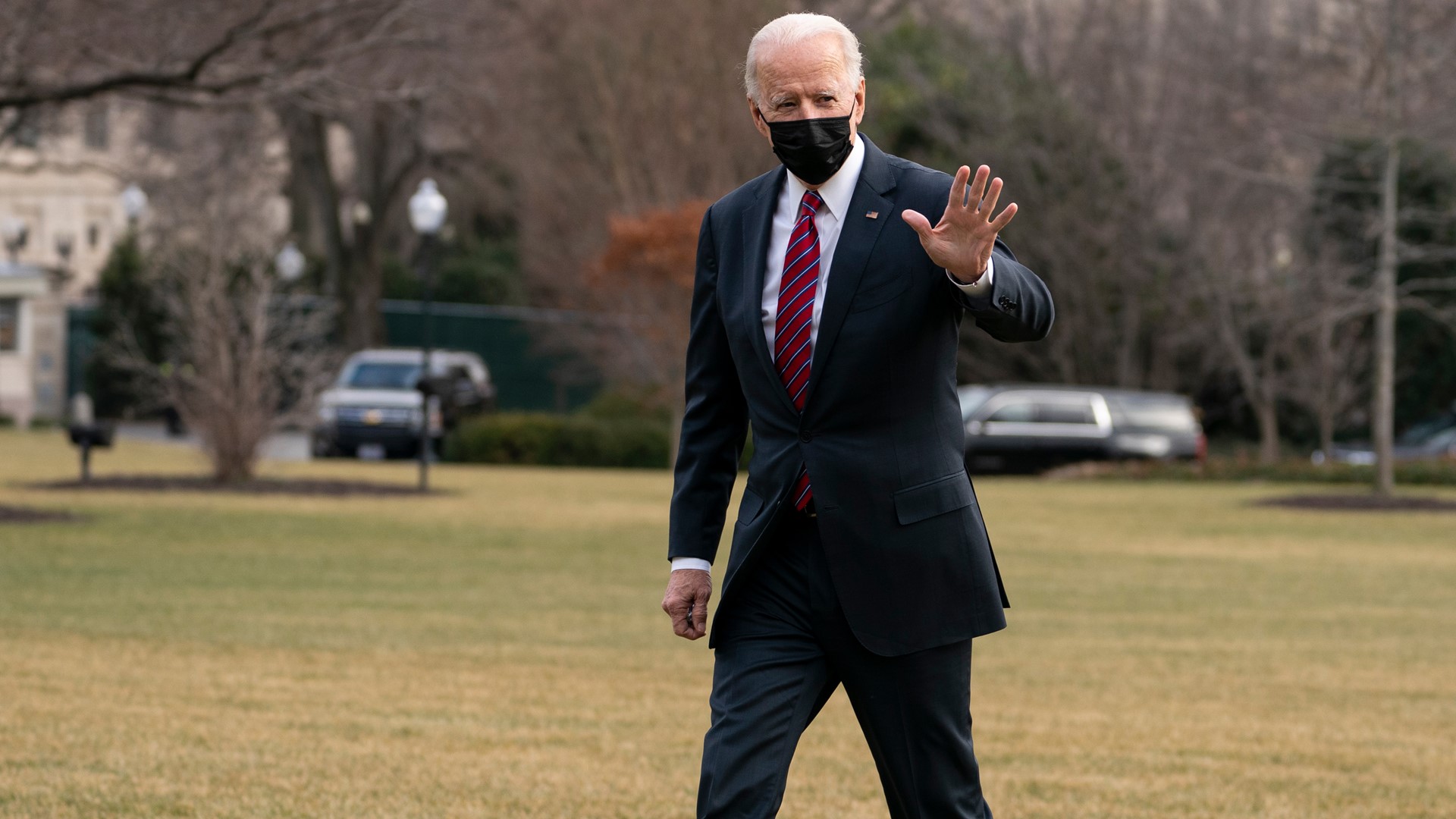 WASHINGTON — President Joe Biden and a group of 10 Senate Republicans have offered competing proposals to help the United States respond to the coronavirus pandemic and provide economic relief to businesses and families.

The president is meeting with the senators on Monday at the White House in what press secretary Jen Psaki described as “an exchange of ideas" and not a forum for Biden to “make or accept an offer." Meanwhile, Democratic leaders in Congress are laying the groundwork for taking up Biden's proposal in the coming weeks.

The aid would come on top of the $900 billion coronavirus package that Congress passed in December and the $2.2 trillion package passed in March.

A look at the major differences:

AID TO STATE AND LOCAL GOVERNMENTS

Biden's framework would send $350 billion to state and local governments to allay service cuts and keep police, fire and other public-sector workers on the job.

The Republican senators did not include any direct relief to state and local governments in their proposal. There has been strong resistance in the GOP to such assistance, with many arguing it would reward states for poor fiscal management.

Biden proposes $170 billion for education. Most of that money would go to schools for students in kindergarten through 12th grade to offset expenses necessary to reopen safely. About $35 billion would target universities and community colleges.

The plan from Republicans pitches $20 billion for schools serving students in kindergarten through 12th grade as part of an initiative to get children back to school.

Biden is proposing $40 billion in federal spending for child care. Within that amount, $25 billion would go to an “emergency stabilization fund” to help child care providers offset expenses necessary to reopen or stay open. An additional $15 billion would go to a long-standing block grant program that subsidizes child care expenses for low-income families with children under age 13. Biden is also calling for increasing tax credits to help cover the cost of child care.

The 10 GOP senators are calling for a $20 billion boost to that block grant program.

The GOP plan also extends unemployment benefits, but at $300 per week through June 30.

RELATED: US jobless claims drop to still-high 847,000 as pandemic rages

RELATED: Pandemic's deadliest month in US ends with signs of progress