A march of Israeli ultranationalists led to Palestinians in Gaza launching incendiary balloons, a move countered by Israeli airstrikes on Gaza targets. 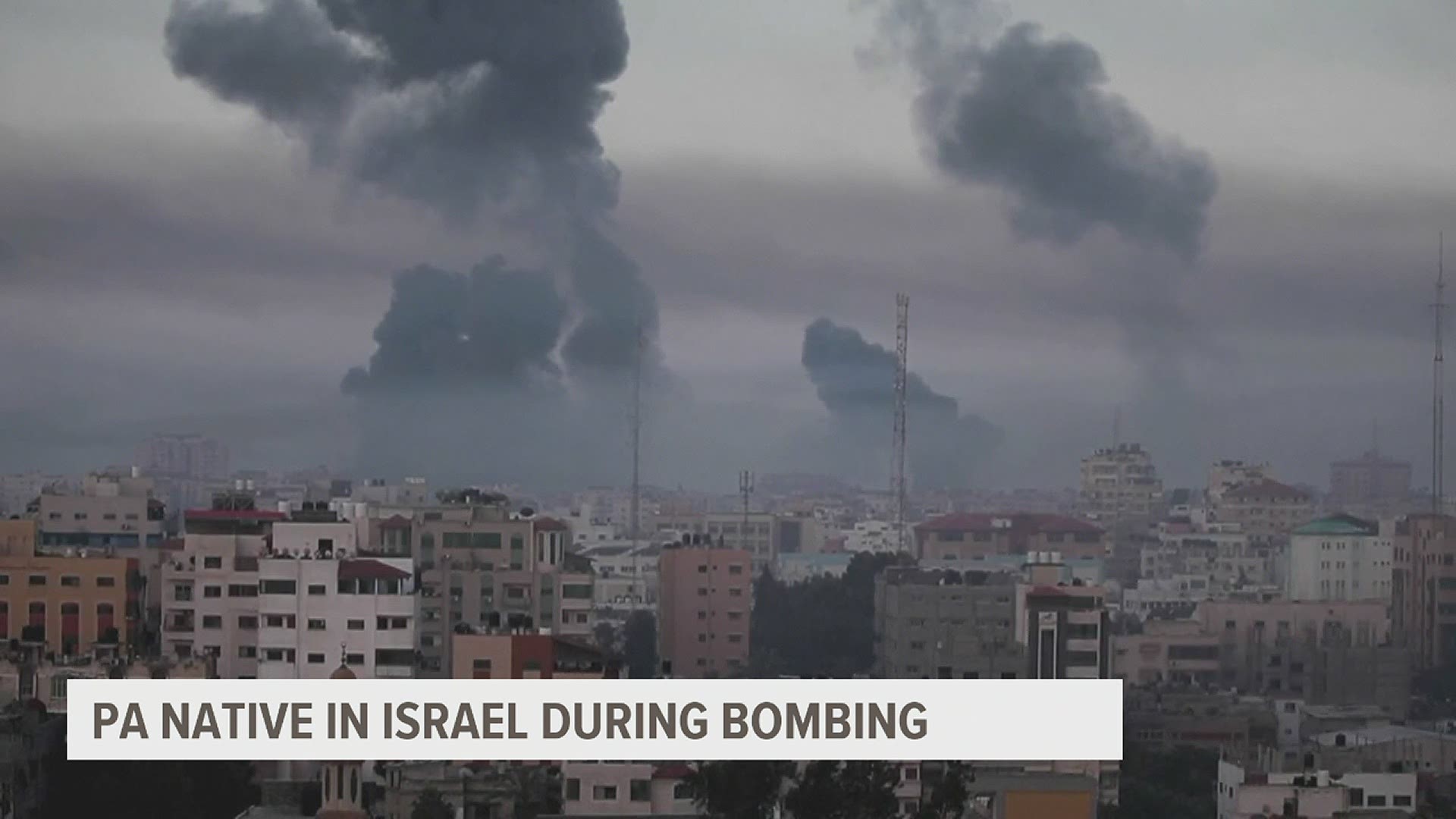 JERUSALEM, Israel — The video from above is from May 25.

Israeli aircraft carried out a series of airstrikes at militant sites in the Gaza Strip early Wednesday, the first such raids since a shaky cease-fire ended the war with Hamas last month.

The airstrikes targeted facilities used by Hamas militants for meetings to plan attacks, the Israeli military said, blaming the group for any act of violence emanating from Gaza. There were no immediate reports of casualties.

On Tuesday, hundreds of Israeli ultranationalists, some chanting “Death to Arabs,” paraded in east Jerusalem in a show of force that threatened to spark renewed violence. Palestinians in Gaza responded by launching incendiary balloons that caused at least 10 fires in southern Israel.

The march posed a test for Israel's fragile new government as well as the tenuous truce that ended last month's 11-day war between Israel and Hamas.

Palestinians consider the march, meant to celebrate Israel's capture of east Jerusalem in 1967, to be a provocation. Hamas called on Palestinians to “resist” the parade, a version of which helped ignite last month's 11-day Gaza war.

With music blaring, hundreds of Jewish nationalists gathered and moved in front of Damascus Gate. Most appeared to be young men, and many held blue-and-white Israeli flags as they danced and sang religious songs.

At one point, several dozen youths, jumping and waving their hands in their air, chanted: “Death to Arabs!” In another anti-Arab chant, they yelled: "May your village burn.”

In a scathing condemnation on Twitter, Foreign Minister Yair Lapid said those shouting racist slogans were “a disgrace to the Israeli people,” adding: “The fact that there are radicals for whom the Israeli flag represents hatred and racism is abominable and unforgivable.”

The crowd, while boisterous, appeared to be much smaller than during last month's parade. From the Damascus Gate, they proceeded around the Old City to the Western Wall, the holiest place where Jews can pray.

Ahead of the march, Israeli police cleared the area in front of Damascus Gate, shut down roads to traffic, ordered shops to close and sent away young Palestinian protesters. Police said that officers arrested 17 people suspected of involvement in violence, some of whom threw rocks and attacked police, and that two police officers needed medical treatment. Palestinians said five people were hurt in clashes with police.

The parade provided an early challenge for Israel's new prime minister, Naftali Bennett, a hardline Israeli nationalist who has promised a pragmatic approach as he presides over a delicate, diverse coalition government.

Though there were concerns the march would raise tensions, canceling it would have opened Bennett and other right-wing members of the coalition to intense criticism from those who would view it as a capitulation to Hamas. The coalition was sworn in Sunday and includes parties from across the political spectrum, including a small Arab party.

Mansour Abbas, whose Raam party is the first Arab faction to join an Israeli coalition, said the march was “an attempt to set the region on fire for political aims,” with the intention of undermining the new government.

Abbas said the police and public security minister should have canceled the event. “I call on all sides not to be dragged into an escalation and maintain maximum restraint,” he said.

In past years, the march passed through Damascus Gate and into the heart of the Muslim Quarter, a crowded Palestinian neighborhood with narrow streets and alleys. But police changed the route Tuesday to avoid the Muslim Quarter.

Instead, the route went around the ancient walls of the Old City and through Jaffa Gate, a main thoroughfare for tourists, and toward the Jewish Quarter and Western Wall, the holiest site where Jews can pray.

Damascus Gate is a focal point of Palestinian life in east Jerusalem. Palestinian protesters repeatedly clashed with Israeli police over restrictions on public gatherings during the Muslim holy month of Ramadan in April and May.

Those clashes spread to the Al-Aqsa Mosque compound, a flashpoint site sacred to Jews and Muslims. Tensions at the time were further fueled by protests over the threatened eviction of dozens of Palestinian families by Jewish settlers, also in Jerusalem.

At the height of the tensions, on May 10, Israeli ultranationalists held their annual flag parade. While it was diverted from the Damascus Gate at the last minute, it was seen by Palestinians as an unwelcome celebration of Israeli control over what they view as their capital.

In the name of defending the holy city, Hamas fired long-range rockets at Jerusalem, disrupting the march and sparking the Gaza war, which claimed more than 250 Palestinian lives and killed 13 people in Israel.

After capturing east Jerusalem in 1967, Israel annexed the in a move not recognized by most of the international community. It considers the entire city its capital, while the Palestinians want east Jerusalem to be the capital of their future state. The competing claims over east Jerusalem, home to Jewish, Christian and Muslim holy sites, lie at the heart of the conflict and have sparked many rounds of violence.

Hamas had called on Palestinians to show “valiant resistance” to the march. It urged people to gather in the Old City and at the Al-Aqsa Mosque to “rise up in the face of the occupier and resist it by all means to stop its crimes and arrogance.”

In the afternoon, Hamas-linked Palestinians launched some incendiary balloons from Gaza, setting off at least 10 blazes in southern Israel, according to Israel's national fire department.

Abu Malek, one of the young men launching the balloons, called the move “an initial response” to the march.

Prime Minister Mohammad Shtayyeh, of the internationally backed Palestinian Authority in the West Bank, called the march an “aggression against our people.” In neighboring Jordan, the Foreign Ministry issued a statement condemning the march as “unacceptable,” saying it undermined efforts to reduce friction between Israel and the Palestinians.

Israeli media reported the military was on heightened alert in the occupied West Bank and along the Gaza frontier. Batteries of Israel's Iron Dome rocket-defense system were seen deployed near the southern town of Netivot, near the Gaza border, as a precaution.

Defense Minister Benny Gantz met with the military chief of staff, the police commissioner and other senior security officials. He “underscored the need to avoid friction and protect the personal safety of ... Jews and Arabs alike,” his office said.