Jury awards $19 million to St. Louis County police sergeant who says he was told to tone down his ‘gayness’

ST. LOUIS COUNTY, Mo. — A jury in St. Louis County on Friday awarded nearly $20 million to a police sergeant who said he was told to “tone down his gaynes... 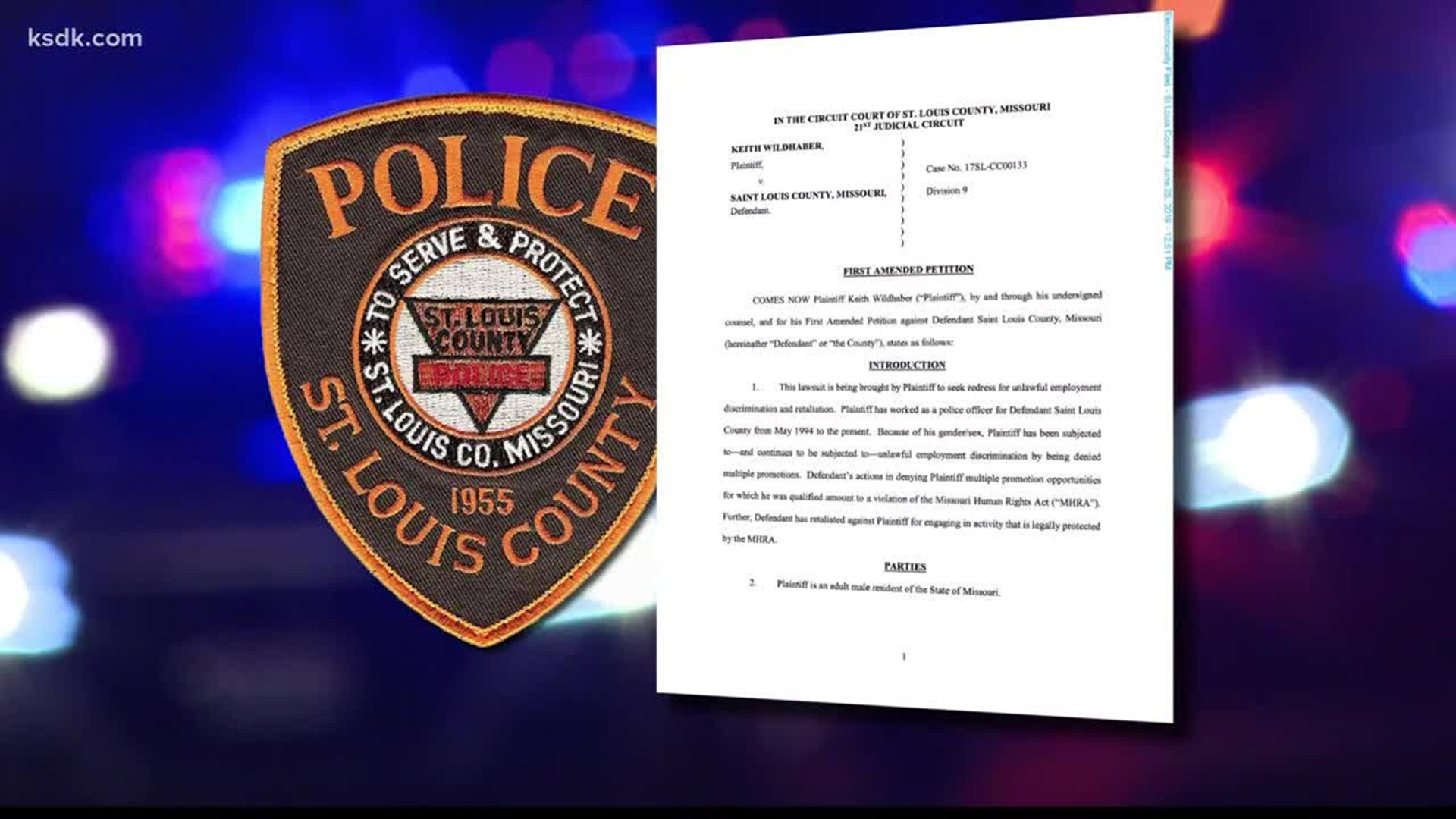 ST. LOUIS COUNTY, Mo. — A jury in St. Louis County on Friday awarded nearly $20 million to a police sergeant who said he was told to “tone down his gayness” if he wanted to be promoted.

Sgt. Keith Wildhaber filed a discrimination lawsuit against the St. Louis County Police Department, claiming the department repeatedly passed him over for promotions because he is gay.

Wildhaber joined the department in 1994 after serving 4 years in the armed forces. The suit alleges that he has received “extremely positive feedback” throughout his employment and yet has been repeatedly passed up for a promotion to lieutenant.

Sgt. Wildhaber argued it’s because he doesn’t conform to the department’s gender-based norms.

The suit referenced an incident in 2014, when John Saracino, then a member of the St. Louis County Board of Police Commissioners, allegedly told Sgt. Wildhaber: “The command staff has a problem with your sexuality. If you ever want to see a white shirt [i.e. get a promotion], you should tone down your gayness.”

Sgt. Wildhaber filed a discrimination charge with the U.S. Equal Employment Opportunity Commission and the Missouri Commission on Human Rights in April of 2016. According to the suit, about a month later, Sgt. Wildhaber was reassigned from working afternoons at the Affton precinct near his home to working overnights in Jennings, about 27 miles away.

Sgt. Wildhaber then filed a second charge of discrimination, also alleging he was retaliated against for filing the original complaint.

5 On Your Side has reached out to St. Louis County officials for comment.

County Counselor Beth Orwick told the St. Louis Post-Dispatch on Friday that county officials would be exploring their legal options.

Lawyers for Wildhaber released the following statement in response to the settlement:

We are ecstatic for our client, and it has been an honor and a privilege to have been part of this historic verdict. This has been a long and difficult road for Keith. His bravery and courage in standing up for what is right should be an inspiration for employees everywhere. Justice was served in this trial, and no client could be more deserving than Keith. The jury acted as the conscience of the community and spoke loud and clear in its verdict. We sincerely hope that this matter is concluded so that our client can have the closure he deserves.