GOLDEN VALLEY, Minn. (KARE) — Police in Coon Rapids are crediting a north metro man for quick thinking that may have saved the life of a two-year-old boy.  Mitc... 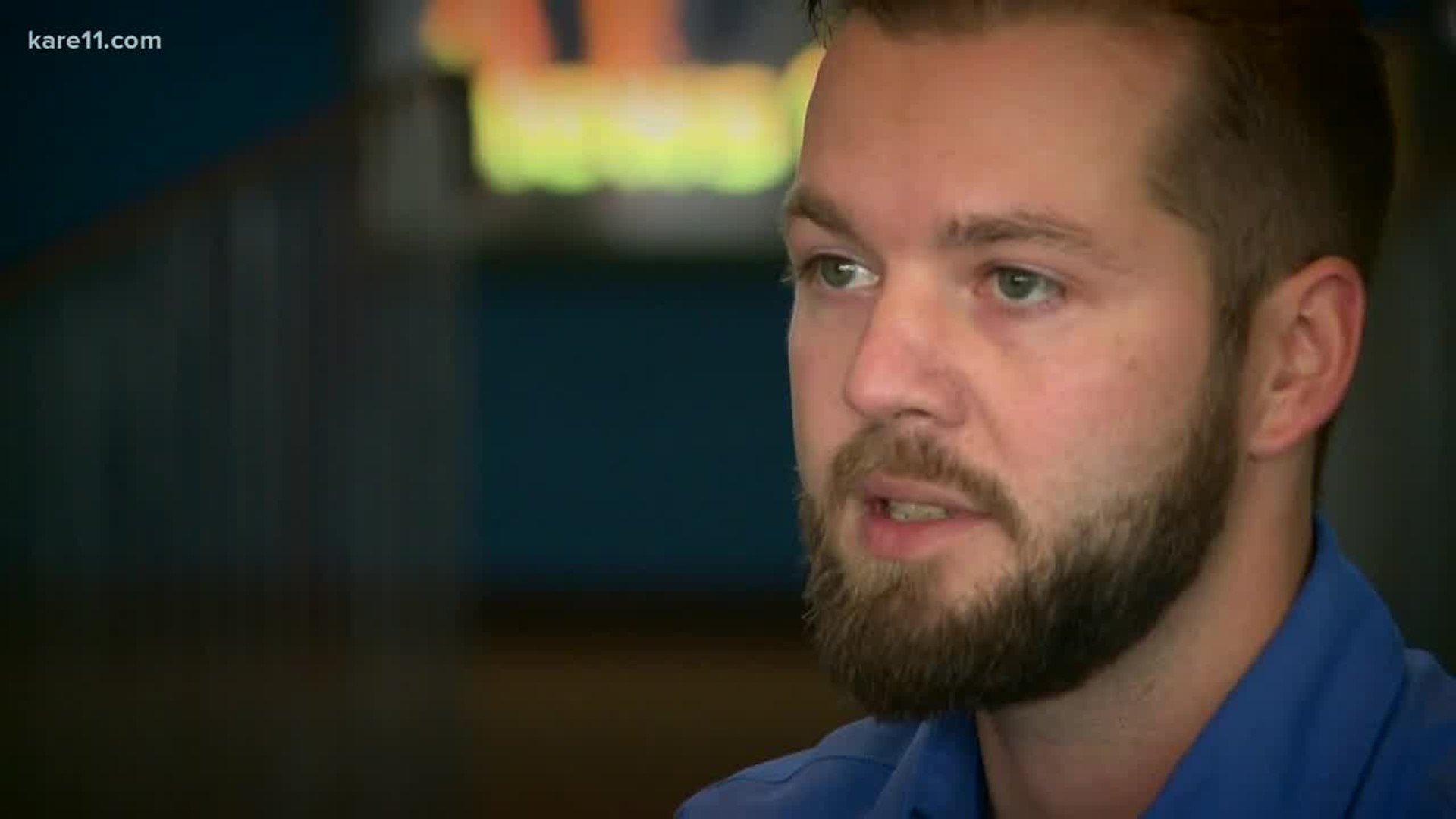 GOLDEN VALLEY, Minn. (KARE) — Police in Coon Rapids are crediting a north metro man for quick thinking that may have saved the life of a two-year-old boy.

Mitch Keenan Heidmann was driving westbound on Main Street in Coon Rapids around 4 p.m. Saturday when his vehicle and that of another motorist became caught up in a chain reaction collision, started when the driver of a pickup slid across the center line and hit a Toyota Camry head-on.

“As I came up over the graded hill I noticed the truck was completely sideways and barreling towards our lane,” Heidmann recalled Monday. He saw the Dodge Ram hit the Toyota, and then his pickup was struck. Every air bag inside went off, and Heidmann’s pickup careened off the road

Inside the Toyota was a man, a woman and two young children, all who were hurt. Heidmann climbed out the passenger side of his truck to assess the situation, and saw 37-year-old Suresh Shrimant Pujari of Lino Lakes holding his son Guatam.

Heidmann works in Golden Valley and had been trained by Golden Valley firefighters on how to perform CPR. This was his real-life final exam. Passersby on the scene laid their coats on the ground and Heidmann went to work.

“(I) proceeded to lay the kid down and I administered some small two-finger chess compressions as I was trained,” Heidmann recalled. “Half a minute maybe and then the young toddler gave a big breath.”

Mitch Heidmann is trying to downplay his actions on the crash scene, despite the fact police are lauding his efforts. &#8220;Just here doing a good deed,&#8221; he says. Photo: KARE

First responders took over lifesaving care once they arrived on scene. Young Guatam was rushed to Mercy Hospital in Coon Rapids, and then transferred to Children’s, as was his 5-year-old sister Sinchana. His mother Mamanta Patil Bovi is hospitalized in serious but stable condition at Mercy, while father Suresh Shrimant Pujari was treated and released.

While police are lauding his actions, Heidmann is taking pains to deflect the attention.

“Not looking to receive praise. If you want to consider me a hero by all means go for it,” he said. “Just here doing a good deed.”

If anything, Heidmann wants everyone who reads this story to take a course that teaches CPR and use of an AED. He invested around an hour of his time, and it paid off.

“You never know when you’re going to be in that situation,” he said. “You never think it’s gonna happen to you, but if and when it does you’ll know what to do, and you could potentially save a life.”