A rep for Jordison's family says the drummer died Monday, "peacefully in his sleep." 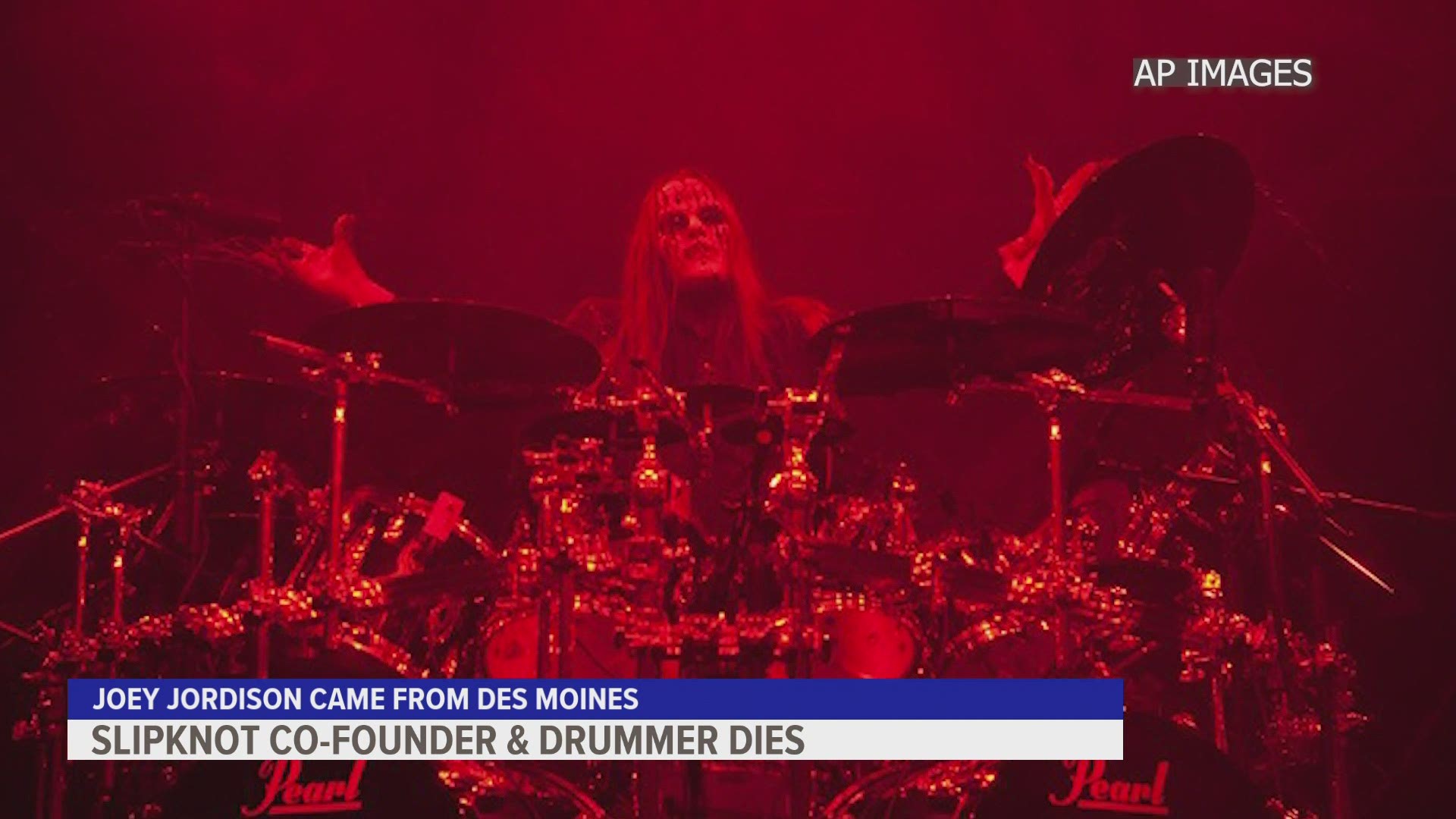 DES MOINES, Iowa — Joey Jordison, co-founder and original drummer of metal band Slipknot, died on Monday, at the age of 46.

According to a statement from his family, posted by Rolling Stone, the songwriter died "peacefully in his sleep," but it did not specify a cause of death.

“Joey’s death has left us with empty hearts and feelings of indescribable sorrow,” reads the statement. “To those that knew Joey, understood his quick wit, his gentle personality, giant heart, and his love for all things family and music."

The statement goes on to ask for privacy from fans and the media, while the family plans to hold a private funeral service.

Originally from Des Moines, Slipknot has been known for their energetic and aggressive music style since the late 1990s.

Jordison left the band after 2013, later revealed he exited because of a neurological disease called transverse myelitis, according to Rolling Stone.