The Category 1 storm unleashed heavy rains and winds on Barbados, St. Vincent and the Grenadines, which are struggling to recover from recent volcanic eruptions. 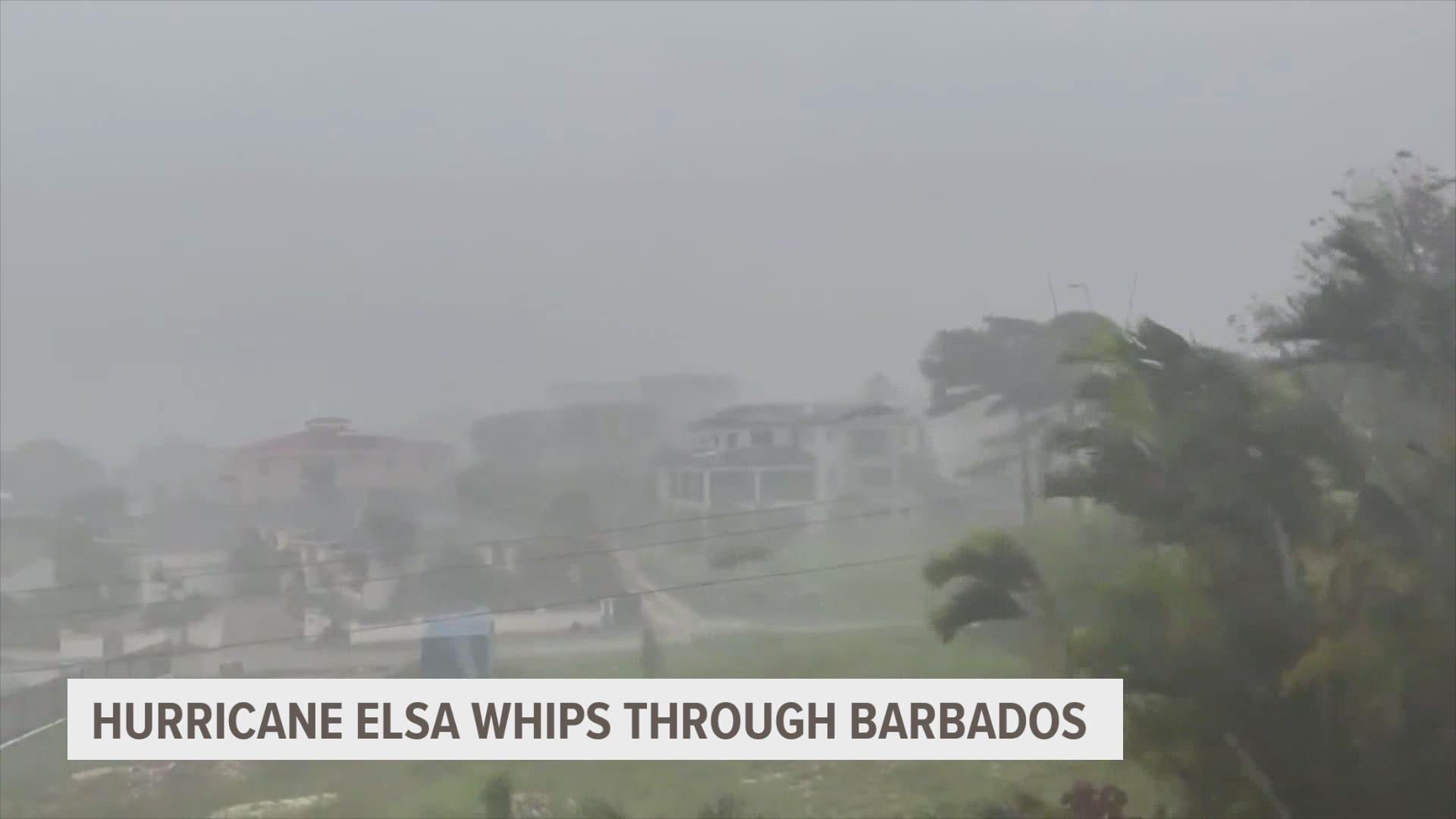 SAN JUAN, Puerto Rico — Elsa strengthened into the first hurricane of the Atlantic season on Friday as it blew off roofs and snapped trees in the eastern Caribbean, where officials closed schools, businesses and airports. It appeared headed eventually in the general direction of Florida.

The Category 1 storm is the first hurricane to hit Barbados in more than 60 years, unleashing heavy rains and winds on the island and then on St. Vincent and the Grenadines, which are struggling to recover from recent massive volcanic eruptions.

Elsa was centered about 580 miles east-southeast of Santo Domingo and was moving west-northwest at 29 mph as it continued to strengthen. It had maximum sustained winds of 85 mph, according to the National Hurricane Center in Miami.

“That level of sustained wind can blow down a lot of buildings and cause a lot of damage,” said St. Vincent Prime Minister Ralph Gonsalves. “I am pleading with you. Let us not take this hurricane lightly. This is not the time to play the fool.”

The long-term forecast track showed it heading toward Florida as a tropical storm by Tuesday morning, but some models would carry it into the Gulf or up the Atlantic Coast.

Authorities in Barbados said they received calls about families trapped in their homes, collapsed houses and power and water outages, but no reports of serious injuries or deaths. Wilfred Abrahams, minister of home affairs, information and public affairs, urged people to open their homes to those in need.

“We are getting a lot of reports of damage,” he said.

Here are the 830 AM AST Key Messages for the Special Advisory for Hurricane #Elsa. Hurricane conditions forecast to spread across portions of the southern Leeward Islands over the next few hours. Next complete advisory at 11 AM AST. More info: https://t.co/tW4KeFW0gB pic.twitter.com/Ydr80QKK0W

A hurricane warning was in effect from the Haitian capital of Port-au-Prince to Punta Palenque in the Dominican Republic. A hurricane watch was issued for Jamaica.

The forecast track showed the fast-moving storm rolling toward Hispaniola, the island shared by Haiti and the Dominican Republic, as a hurricane before reaching Cuba and weakening back to tropical storm force.

Authorities opened dozens of shelters in St. Vincent and urged people to evacuate if they lived near a valley, given the threat of flash flooding, mudslides and lahars, especially in the northern part of the island where La Soufrière volcano is located.

Gonsalves said 94 shelters are open, a smaller number than in previous years because some 2,000 people remain in other shelters following massive volcanic eruptions that began in early April.

Elsa is the earliest fifth-named storm on record, beating out last year’s Eduardo which formed on July 6, according to Colorado State University hurricane researcher Phil Klotzbach. He also noted that it's the farthest east that a hurricane has formed this early in the tropical Atlantic since 1933. The 1991-2020 average date for the first Atlantic hurricane formation is mid-August.

The storm was forecast to bring 4 to 8 inches (10 to 20 centimeters) of rain with maximum totals of 15 inches (38 centimeters) inches on Friday across the Windward and southern Leeward Islands. The rain could unleash isolated flash flooding and mudslides.