According to reports, their move was being planned for some time as the couple realized life in Canada was not working out. 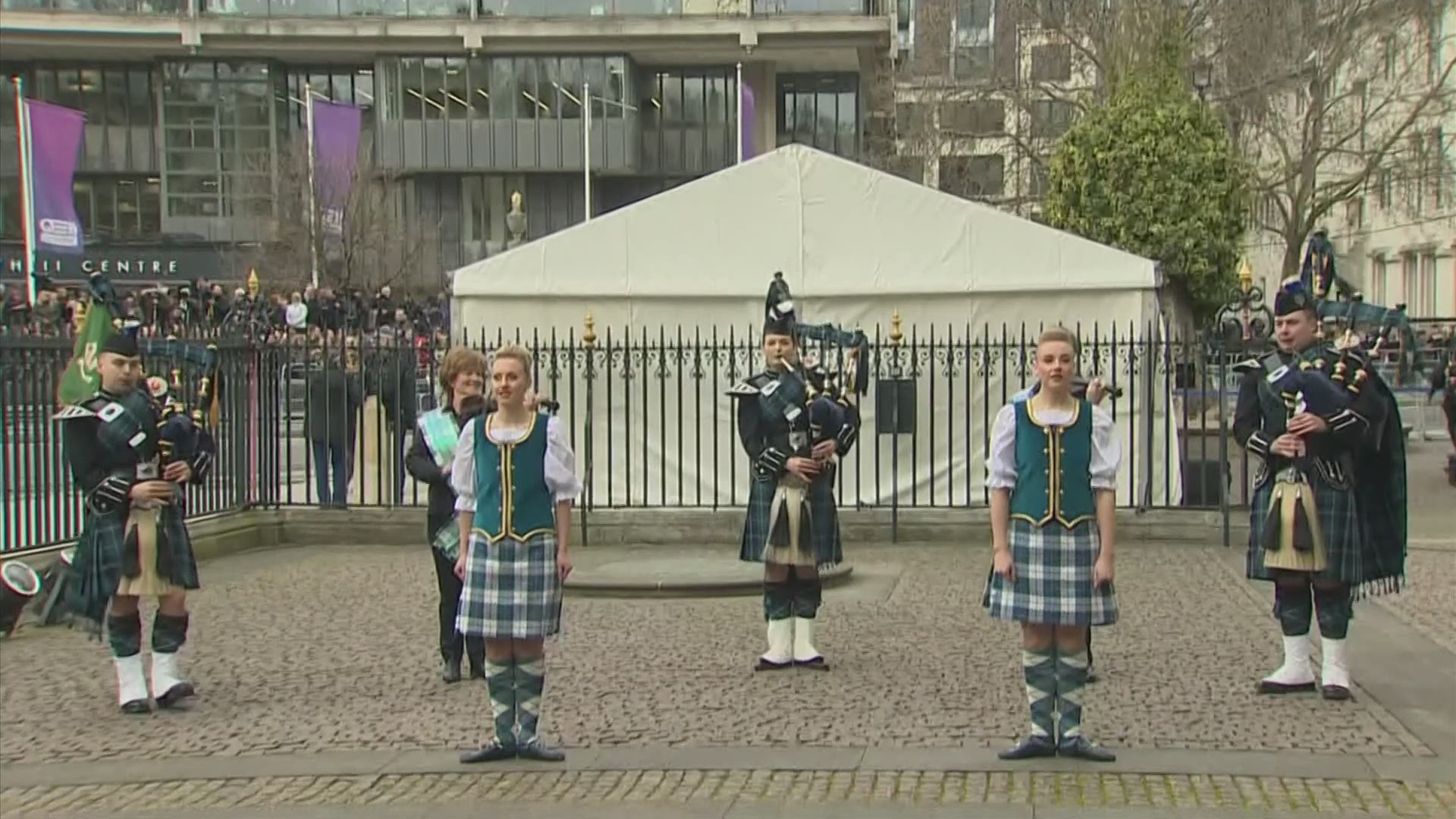 WASHINGTON — President Donald Trump went after Meghan Markle and Prince Harry, criticizing them over security costs following reports that the Duke and Duchess of Sussex were moving from Canada to the U.S.

"It was reported that Harry and Meghan, who left the Kingdom, would reside permanently in Canada," Trump tweeted Sunday afternoon. "Now they have left Canada for the U.S. however, the U.S. will not pay for their security protection. They must pay!"

A source told PEOPLE, that the couple had left Vancouver Island in Canada and were moving to a secluded compound in Los Angeles - Markle's hometown.

They took a private flight from Canada to the U.S. just before the borders of the two countries were shut down amid the coronavirus pandemic, according to The Sun, a British tabloid.

Sources told the tabloid newspaper that the move was being planned for some time as they realized life in Canada was not working out.

The couple moved to the states with their 10-month old son, Archie.

Meghan and Harry originally made the decision to leave the United Kingdom and move to Canada after they dropped their "royal highness" titles and decided to no longer receive public funds.

When the announcement was made back in January, the Evening Standard reported that Canada's taxpayers would cover about half of the estimated $1.25 million in security costs.

The couple are supposed to officially break free of the royal family starting March 31.

RELATED: Harry and Meghan encourage 'empathy and kindness' against virus

Trump had offered his opinion on the future of Prince Harry and his wife Meghan, insisting the federal government won’t pay for their security if they live in the United States. In January, the couple announced they planned to quit as senior royals, seek financial independence and move to North America.

Harry —grandson of Queen Elizabeth II and sixth in line to the British throne — married the American actress at Windsor Castle in May 2018, in a ceremony watched by millions around the world. But the couple later said they found scrutiny by the British media — which they said tipped into harassment — intolerable.

Since late last year, Harry and Meghan have since been based on Canada’s Vancouver Island. Last month, Canadian authorities said they would stop paying for the couple’s security once they ceased to be working royals.

Mary-Liz Power, a spokeswoman for Canada's public safety minister, said in February that "the assistance will cease in the coming weeks, in keeping with their change in status." Power said that as duke and duchess of Sussex, they have been considered "internationally protected persons" who warranted security measures under international treaty.

Representatives for Meghan did not immediately respond to an email seeking comment Sunday.