Before campaigning in Minnesota, where Biden is also visiting Friday, President Trump said at least 100 million COVID-19 vaccine doses would be ready by year's end. 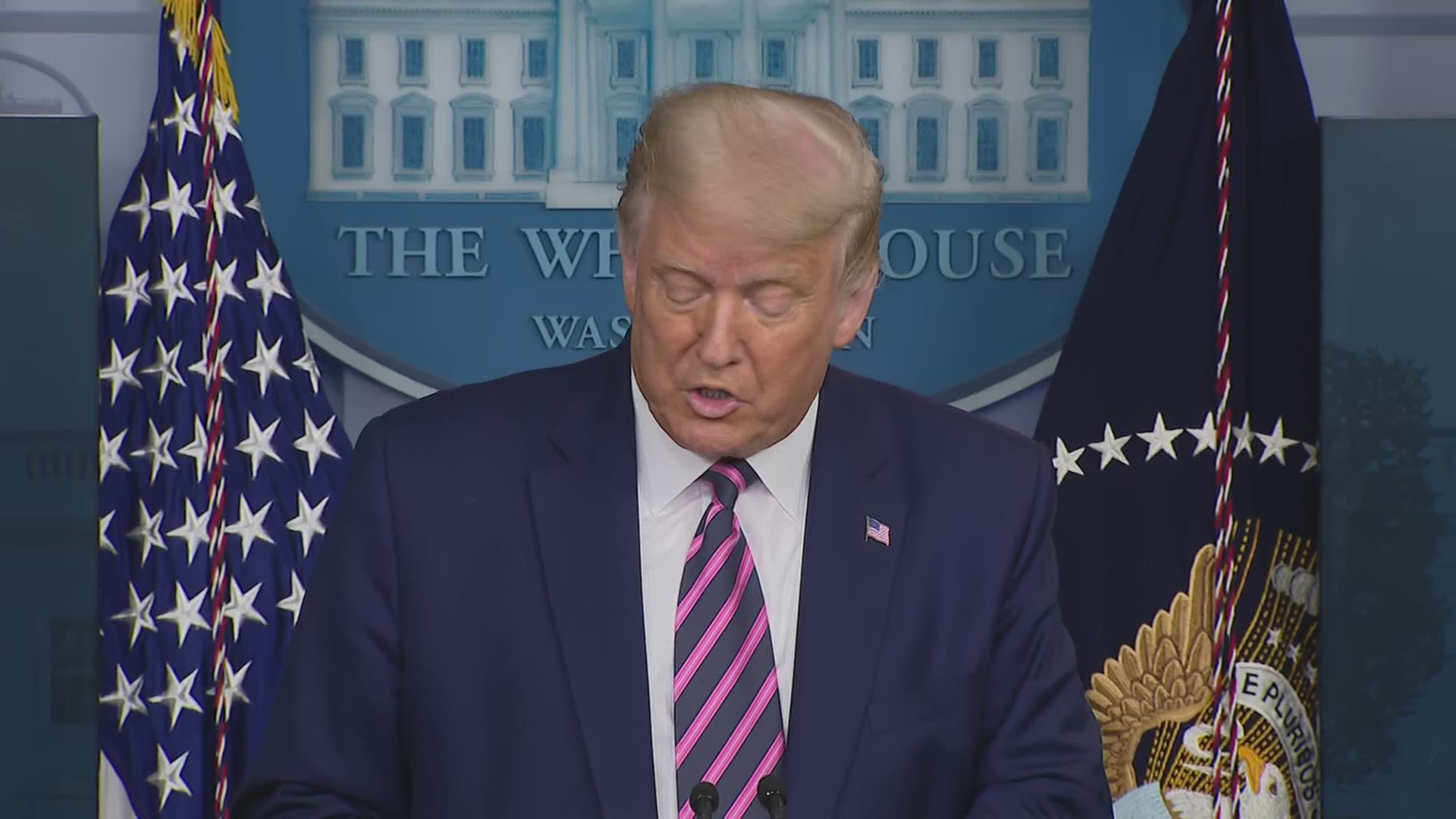 WASHINGTON — President Donald Trump said Friday that at least 100 million doses of a coronavirus vaccine would be made available by the end of the year. He made the declaration at a White House news conference Friday afternoon, shortly before heading to Minnesota for a campaign rally.

Trump said his administration would distribute the COVID-19 vaccine with the military to Americans as soon as 24 hours after approval.

"Hundreds of millions of doses will be available every month and we expect to have enough vaccines for every American by April," the president said.

Earlier this week Trump contradicted a vaccine timeline the director of the Centers for Disease Control and Prevention gave while testifying before Congress.

Trump predicted Wednesday that a safe and effective vaccine could be ready as early as next month and in mass distribution soon after. The president made the prediction even though the vaccine is still being tested in human subjects, and some health experts have said they believe a safe and highly effective vaccine is several months way, if not much longer.

CDC Director Dr. Robert Redfield had told a congressional hearing that health care workers, first responders and others at high risk would get the vaccine first, perhaps in January or even late this year, but it was unlikely to be available more broadly, again assuming approval, before late spring or summer.

The president has routinely been holding daily press conferences at the White House where he highlights the administration's coronavirus response, while also taking swipes at Democrats and Joe Biden, his opponent in the upcoming presidential election.

Both Trump and Biden are scheduled to host dueling campaign stops in northern Minnesota on Friday, with Trump hosting a rally in Bemidji and Biden visiting a union training center in Duluth.

The battleground state of Minnesota began voting in the presidential election on Friday as polling stations opened in every county and local officials began mailing out huge piles of absentee ballots to make voting safer amid the pandemic.

On Friday morning, the Trump administration said it will ban Chinese-owned TikTok and WeChat from U.S. app stores on Sunday and will bar the apps from accessing essential internet services in the U.S. — a move that could effectively wreck the operation of both Chinese services for U.S. users.

TikTok won't face the most drastic sanctions until after the Nov. 3 election, but WeChat users could feel the effects as early as Sunday.

Puerto Rico's governor and the White House also announced Friday that the island territory is getting much of the money it needs to rebuild its power grid three years after it was wiped out by Hurricane Maria.

The Federal Emergency Management Agency has released $13 billion for reconstruction of the grid and to help rebuild schools damaged by the storm. The money has become an issue in the presidential campaign as Trump and former Vice President Biden court voters in the crucial swing state of Florida. The state is home to one of the largest populations of people from Puerto Rico in the United States — including many who fled Hurricane Maria.

The announcement has received criticism that the aid was overdue, and being released now only for political purposes. But Trump blamed the delay on Democrats in Congress who approved the funding and pushed for its release.

“I’m the best thing that ever happened to Puerto Rico, no one even close," he said at the press conference.

Puerto Rico Gov. Wanda Vázquez thanked Trump and the government for the grant, among the largest ever awarded by FEMA for disaster relief. “Working as a team yields results,” she said in one of a series of tweets about the funds.