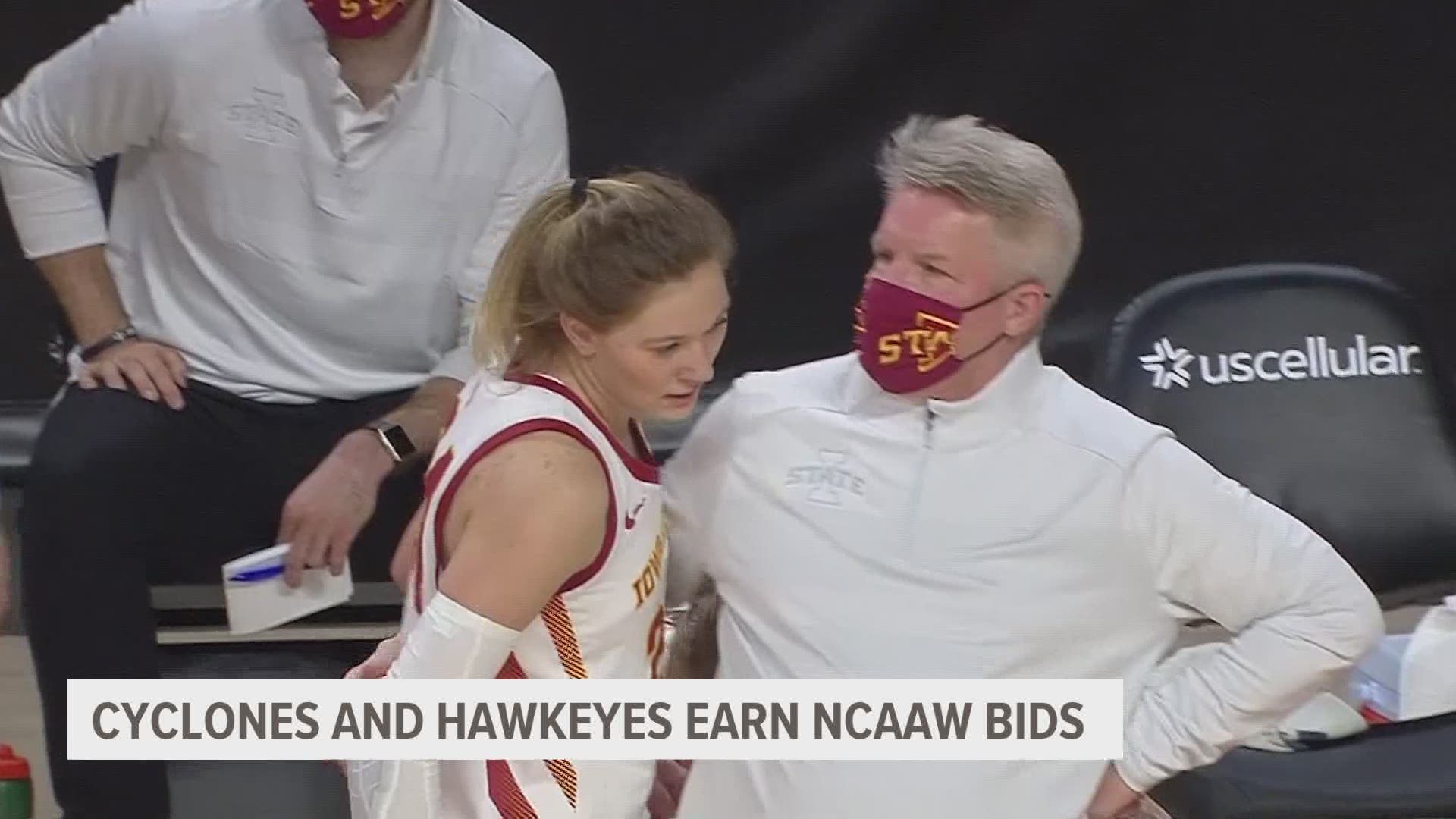 UConn is in its normal spot with a No. 1 seed for the women’s NCAA Tournament. Familiar territory for Stanford and South Carolina, too.

It's a brand new day for North Carolina State. And the Huskies, while used to their position in the bracket, are facing some uncertainty after coach Geno Auriemma tested positive for the coronavirus.

N.C. State is a No. 1 seed for the first time, joining Stanford, South Carolina and Connecticut on the top lines for the San Antonio-themed regions for the women's tourney. The Cardinal earned the overall No. 1 when the field was revealed Monday night.

Auriemma's Texas arrival will be delayed. He will remain in isolation for 10 days and can rejoin the team on March 24. The other members of UConn’s travel party have tested negative for COVID-19.

He’ll miss the Huskies' opening game against High Point — one of four first-timers in the NCAAs — and a potential second-round matchup against either Syracuse or South Dakota State.

While the coronavirus caused many disruptions to the schedule throughout the regular season, it looks as if most of the teams in the field made it to the tournament healthy.

Stanford, which will open against Utah Valley, had quite the odyssey this season because of the coronavirus. It had to play on the road for nine weeks after Santa Clara County health officials announced they were prohibiting all contact sports in late November.

The Cardinals, who are looking for their third national championship, are the top seed in the Alamo region. The Hemisfair, Mercado and River Walk are the other region names.

For the past few years, earning one of the top 16 seeds would give a team home games in the tournament’s first two rounds, but that’s not the case this year. Every game will be played in the San Antonio area because of the pandemic, with the last four rounds tipping off at the Alamodome.

This could be one of the most wide-open tournaments, with a dozen teams capable of winning the title. There were five different No. 1 teams in The Associated Press women’s basketball poll this year, including the Huskies, who finished the season at No. 1.

The national semifinals take place on April 2, and the championship game will be held April 4.

Notre Dame’s run of 24 straight NCAA appearances came to an end. The Irish were one of the first four teams out of the tournament.

Even without Notre Dame, the ACC is well represented with eight teams in the field. The SEC and the Big Ten each had seven schools earn bids. The Pac-12 had six. The Big 12 had five.

With no tournament played last season because of the virus, Baylor is still the defending champion. Coach Kim Mulkey’s team is very different from the one that won the title, but still is quite talented, winning the Big 12 regular season and conference tournaments.