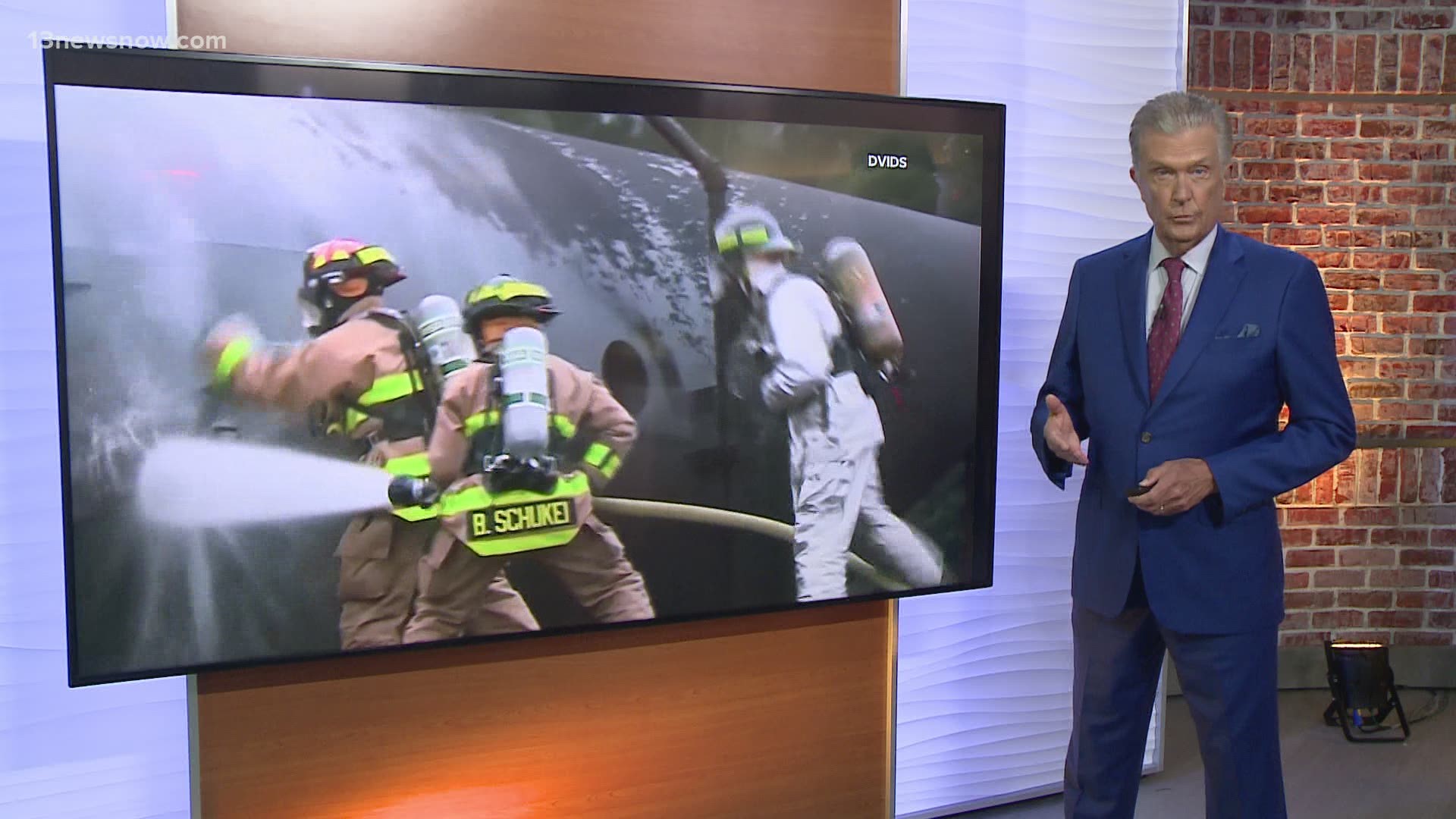 WASHINGTON — The Pentagon is still working to clean up toxic chemicals that seeped into groundwater near military bases in Hampton Roads and around the country decades ago.

A man-made, cancer-causing substance called per- and polyfluoroalkyl substances (PFAS) was contained in military firefighting foam until the 1980's.

The so-called "forever chemicals" were discovered in six drinking wells near Fentress Field in Chesapeake in 2016.

The Navy has provided bottled drinking water to those homeowners, and the City of Chesapeake is progressing with plans to install city water in those neighborhoods.

As of Sept. 30, 2020, the Department of Defense had identified 108 installations that may have used or potentially released PFAS, and the department is conducting a PFAS assessment at these installations.

At a House Appropriations Subcommittee on Military Construction, Veterans Affairs, and Related Agencies on Wednesday, lawmakers urged the military to keep working to solve the problem.

"This is a story of tragedy, deception, bureaucratic incompetence and tireless advocacy by service members, veterans and non-profit advocates who have devoted themselves to elevating this issue, seeking justice and fighting to clean up military sites so that no one else is poisoned by this toxic mess," said Rep. Debbie Wasserman Schultz (D-Florida).

The DOD has a long track record of responsibly addressing issues by following the science and the direction of Congress, he said. This record includes many accomplishments and strong interagency collaboration, such as with the Environmental Protection Agency.

"This does not mean that there's not room for improvement, specifically in the areas of increased transparency regarding the progress of our work," he said.

Cramer thanked Congress for providing the resources needed to protect the health and safety of service members, their families and the communities surrounding military installations.

"We recognize that our accomplishments today are not sufficient alone to meet the challenges that we are, that we face, and accordingly, we are continuing our efforts of the DOD PFAS Task Force," he said.

The task force was established in July, 2019, to provide strategic leadership and direction to ensure a coordinated, aggressive and holistic approach on DOD-wide efforts to address PFAS.

"The task force continues to diligently address PFAS and is postured to be responsive to the direction of this administration," Cramer said.

Task force efforts are organized along three major lines of effort, he said: mitigate and eliminate the use of AFFF; clean up PFAS; and understand the impacts of PFAS on human health.

"The department is committed to addressing its PFAS releases to the environment, abiding by federal cleanup law," he said.             .

The DOD's priority is to quickly address areas where PFOS and PFOA in drinking water is above the EPA lifetime health advisory levels (that's 70 parts per trillion), he said.

No one is currently drinking water on or off base with PFAS — including PFOS or PFOA — above those levels where DOD is the known source, he said.

The DOD is also investing in research to develop technologies to quantify and clean up PFAS, Cramer said.

"Addressing the challenges of PFAS is a national issue that will require national solutions and interagency efforts."