Both candidates say their plan is best for rural hospitals, but are they? Local 5 is here to help get the information you need before you cast your ballot. 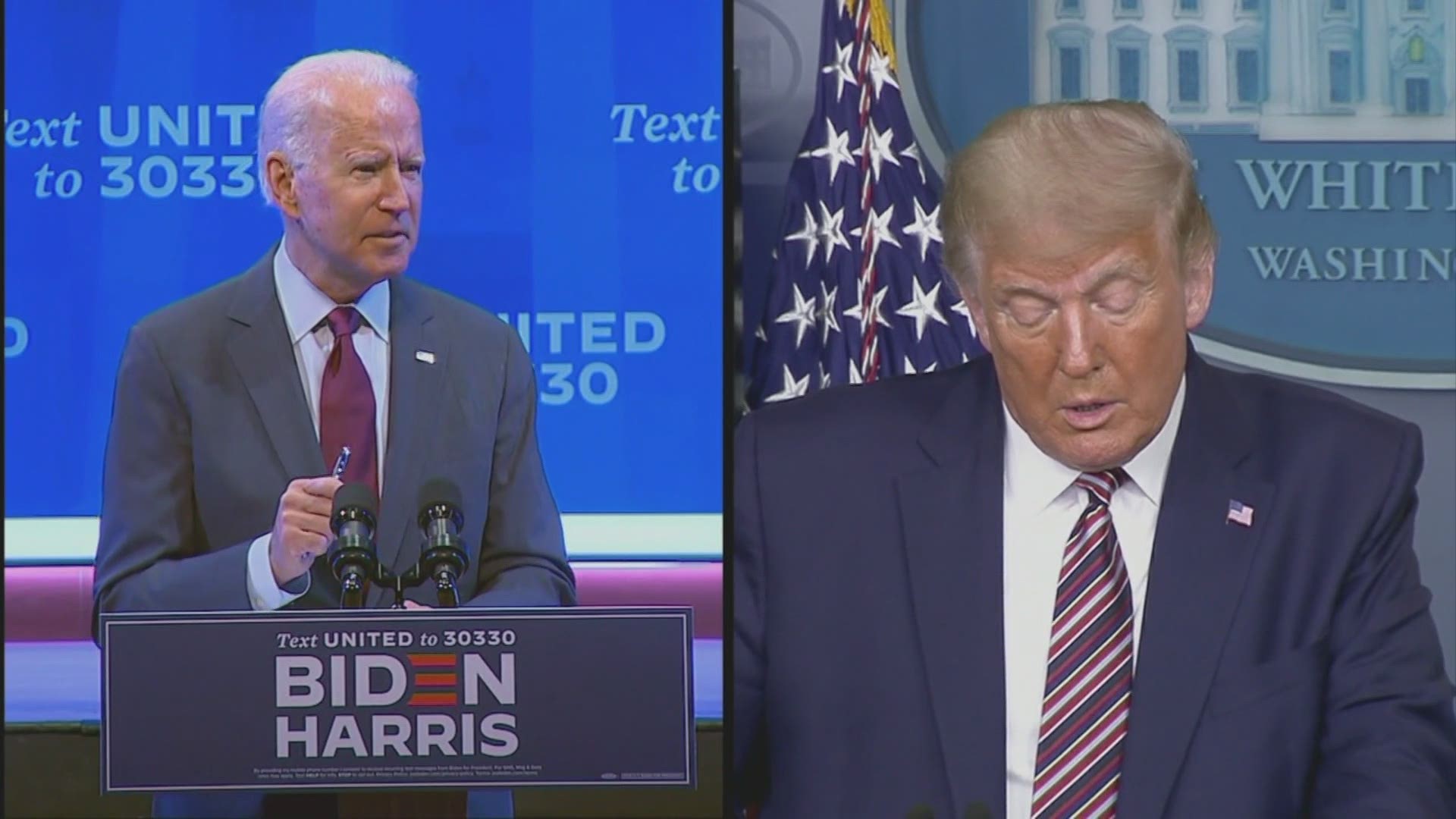 DES MOINES, Iowa — Amid a global pandemic, it's no surprise health care is top of mind for many voters.

Both candidates have publicly stated they support guaranteeing coverage for people with preexisting conditions.

Biden, through his support of the Affordable Care Act, wouldn’t need to enact any policy changes to guarantee that protection.

The road for President Trump isn't so easy.

If he is successful in dismantling the ACA, he’d have to replace the part of the law guaranteeing that coverage.

In a fact sheet released by the White House on Oct. 3, Trump reaffirmed protecting Americans with preexisting conditions is fundamental to his healthcare agenda.

There has yet to be guidance issued for how exactly he’d do this or if he has the authority to take such action.

Both candidates also claim their plans, which are polar opposites, will best protect rural hospitals.

Trump stands by his plan to dismantle the ACA.

"The moment that you move toward more government in health care and Washington, DC and bureaucrats getting to decide who gets care, who doesn't, how much it costs, what it looks like — the people who will suffer the most are those that frankly, right now are in our rural parts of the country and are at the bottom of the socio-economic ladder in our inner cities," Rollins said. "The idea that — by moving toward a Medicare for all, or a Medicare for all public option or tripling down on Obamacare — that will somehow help the very people that supposedly is supposed to help, the data doesn't show that. The record doesn't point us in that direction. History would tell us that the best way to support our rural Americans, our friends in Iowa who we're talking to today, is to continue the fight toward more choice, better care and lower costs."

The president said his plan will be cheaper than the Affordable Care Act because it'll force insurance companies to compete for customers with lower costs and higher-quality service.

Biden wants the ACA expanded and supports creating a public option, but his team said he's gone a step further by prioritizing rural hospitals in his plan.

"Joe Biden's plan doesn't exist in a vacuum," said Bill Russo, deputy communication director at Biden for President. "We know that in that vacuum, some plans would reduce access to rural health care, but we are going to ensure that doesn't happen. We're going to ensure that there is separate funding, separate and apart from the public option to ensure that we are not reducing access to health care in rural areas, that we are supporting community health centers and then we are making sure that folks, not just in the big cities but in rural communities around the country, aren't going to lose access to that important lifeline."

Russo said those making less than $400,000 a year won't see their taxes increase under Biden's plan.

According to a recent Monmouth University poll, 36% of Iowans reported they worry "a lot" about if they'll have access to medical care.

More than 700,000 Iowans have cast absentee ballots for the 2020 general election, a new state record, surpassing the previous mark set in 2012. A previous tweet mistakenly stated 2016 was the previous high. #BeAVoter pic.twitter.com/XuK5lxuvjg

RELATED: Senate GOP marches ahead on Barrett over Democrats' blockade