Trump has won the state in back-to-back presidential elections. 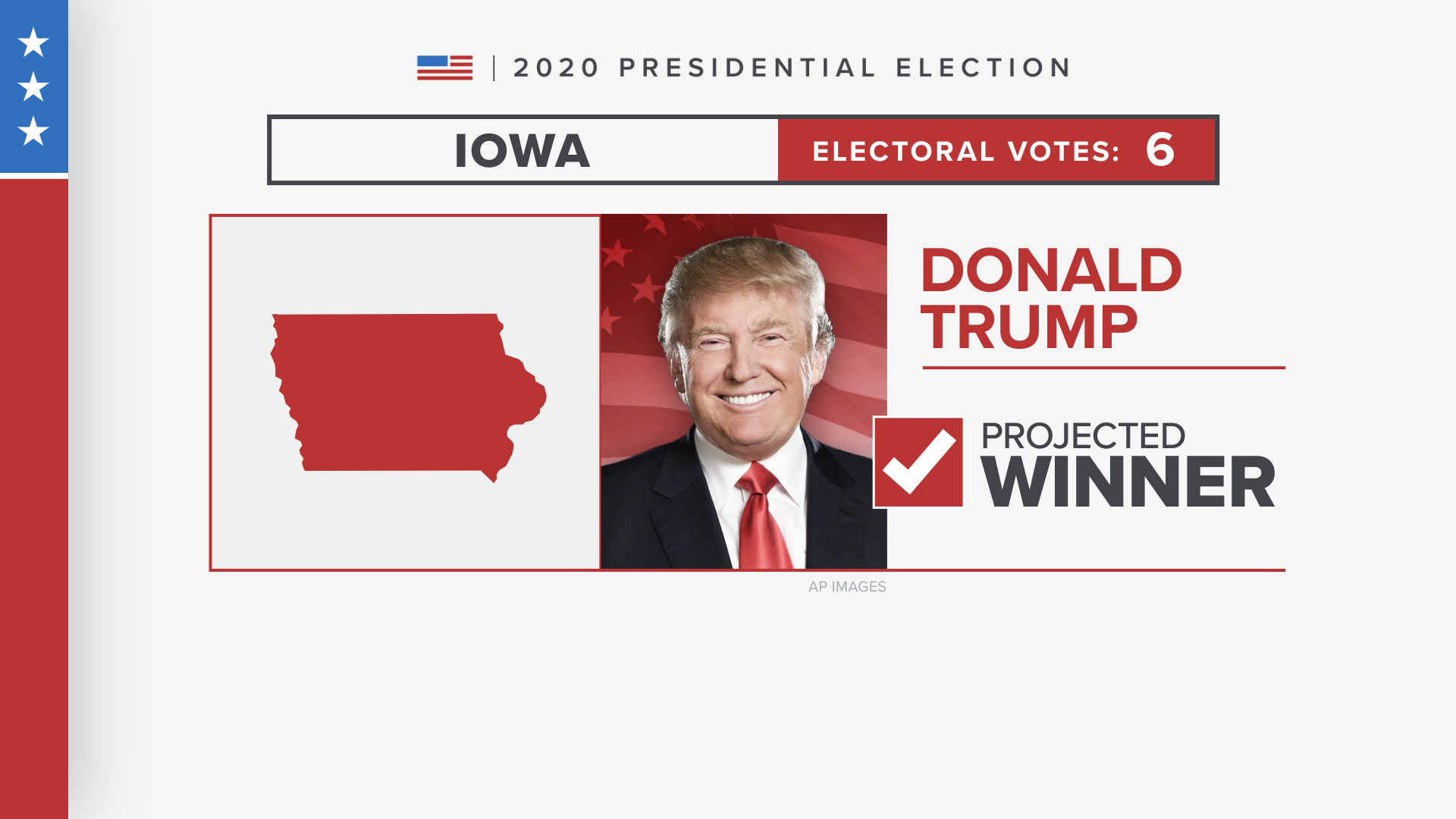 Following weeks of early voting, both candidates saw the state as crucial to their Midwest campaigns and the overall electoral map.

A RealClearPolitics average of polling showed Trump ahead 47.2% to 45.8% in the state for polls dated Oct. 21-30. The Des Moines Register/Mediacom Iowa Poll released Saturday gives Trump a seven-point advantage, 48% to 41%.

Both polling averages were as of Monday night.

NOTE: All results are unofficial until the Iowa Secretary of State certifies them as official. Absentee ballots turned into the mail or a drop box by Nov. 2 can be counted as long county auditors receive them by noon on Nov. 9.

RELATED: How The Associated Press counts votes and calls races

Trump visited Dubuque on Sunday, while Biden held a rally at the Iowa State Fairgrounds on Thursday.

Candidates for president and vice president in Iowa included: