Johnson County Democrats passed a resolution on Sunday night supporting a shift to a presidential primary. 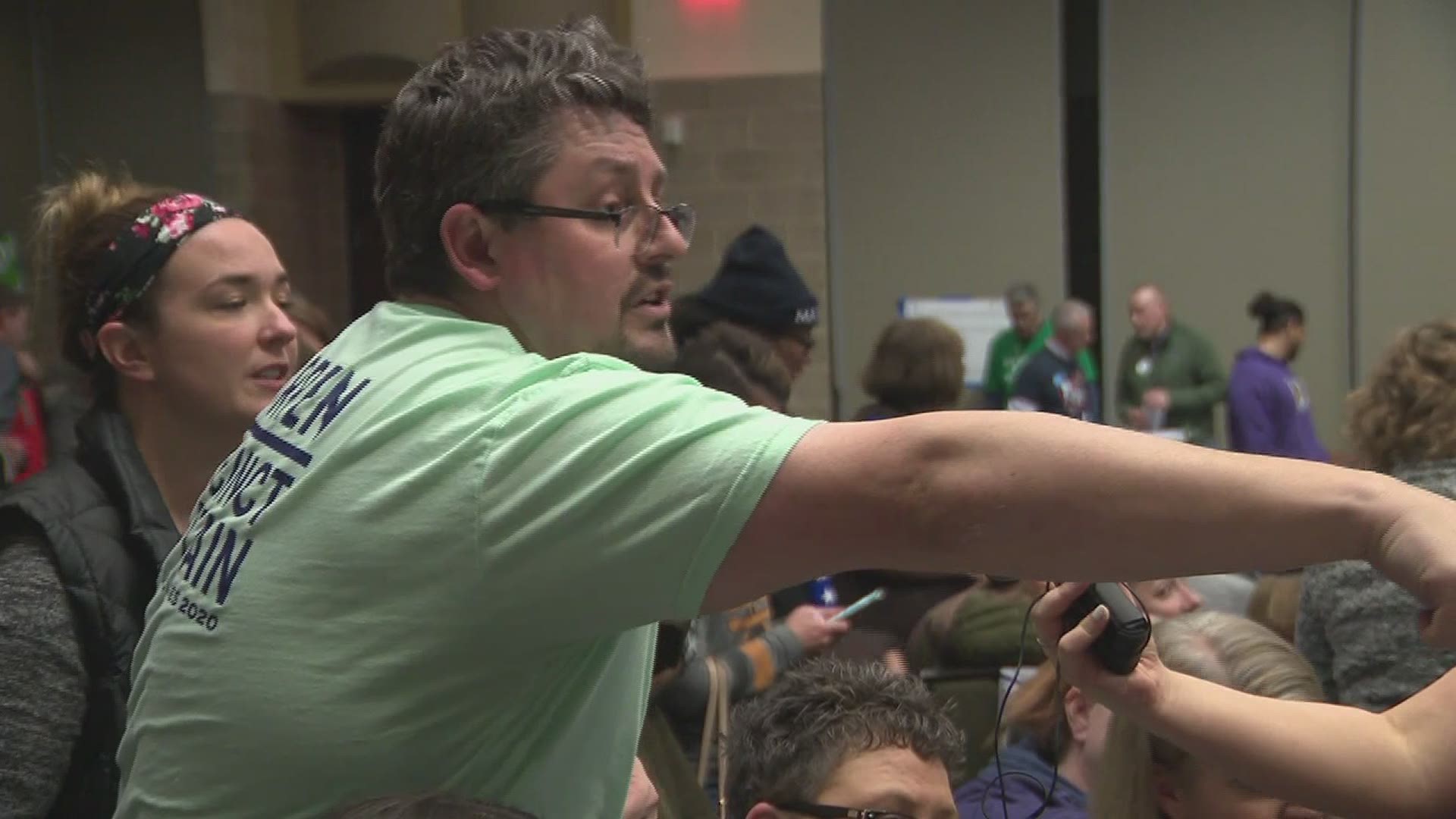 IOWA CITY, Iowa — Democrats in Johnson County, Iowa, have passed a resolution in support of switching from presidential caucusing to a primary system. The county, which includes Iowa City, is the fifth largest in the state.

Every odd-numbered year the local democratic party hosts their own caucus vote. Most of it goes to party building, where a number of committee positions are elected. But there's also time for resolutions to be brought up and discussed.

On Sunday, one of the resolutions brought up was to support a shift from presidential caucuses to a primary voting system. It passed on a 39-11 vote, but isn't likely to actually change primary voting in Johnson County, or across Iowa.

Still, some democrats say it's the latest example of a growing call to examine the necessity of Iowa's caucuses.

"There's a number of democrats who felt that we've outgrown the current caucus system with no changes," explained Ed Cranston, the Johnson County Democratic Party Chair. "So we either need changes or we need to move to something maybe closer to a primary."

Cranston acknowledged that for all the technological reporting errors in the 2020 caucuses, the party has seen generally large turnout for the last few elections. In Johnson County, almost 22,000 people participated. Of the counties 57 precincts, some of the largest saw up to 900 people in a room.

"Here we've done quite well and had successes in our caucuses. You're able to still hold a successful caucus and get party building on, as well as determine your presidential preferences," he said. "So it's still a positive event. But it could be better."

Cranston pointed out some modifications to the current caucus system that many democrats have been calling for, in order to make the process more inclusive.

He says the two main goals of the party right now, are to increase participation and keep Iowa's status as first in the nation.

If that means having to chose between a caucus and being first, Cranston says democrats will most likely maintain the caucus with modifications to make it more accessible.

If democrats were to switch to a primary system, PJ Foley, an adjunct instructor in the Department of Political Science and Leadership Studies at St. Ambrose University, warns that it wouldn't be easy to hold on to their position as first to vote.

"It would be very tough for Iowa to maneuver," he said. "It's a negotiation amongst political parties on both sides with their national party affiliations. So the parties decide, working with other state parties, when the schedule is."

Still, if democratic leaders are interested in pursuing a shift to a primary vote, Foley says there would be enough time to accomplish that before the 2024 presidential election.